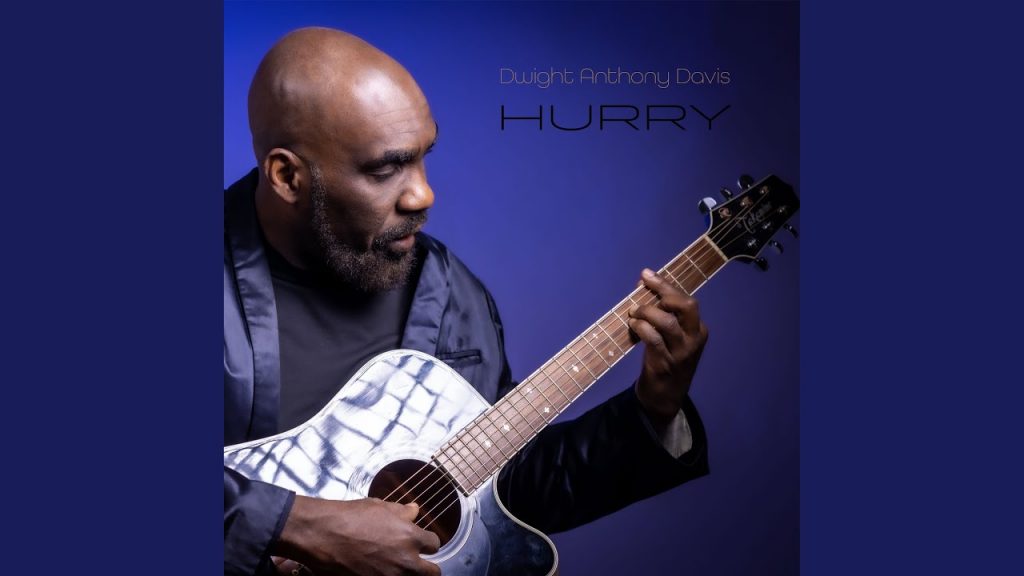 Thoroughbred Music announced the addition of Jamaican born folk/reggae/rock singer-songwriter Dwight Anthony Davis to their stable of artists, and the release of Davis’ new single, “Hurry.” This is the first song from the forthcoming album of the same name.

The album Hurry is a collection of cracking songs now updated and rejuvenated under the leadership of new global record label Thoroughbred Music for a brand-new release, featuring a new reggae flock fusion of the first single, along with new songs.

“Hurry” was born out of a period when Dwight faced many adversities in his life. He woke up one morning, following a session of late-night guitar practice, with a beautiful melody in his head. The lyrics were coined to reflect the redemption he yearned for at the time and the frustration of the 9 to 5 bondage.

Born in Kingston, Jamaica, Davis spent his early years in rural Kellits, Clarendon. Beyond the chirping crickets, the only night sounds flowed from his grandfather’s radio – international stars like the Bee Gees, Stevie Wonder, Cat Stevens, and Frampton, and local Jamaican artistes including Bob Marley, Jimmy Cliff, John Holt, Peter Tosh, and Bob Andy. These early years of late-night radio spurred Dwight’s love of music and informed his later development into a songwriter and musician.

On Dwight’s return to Kingston in 1978, he was introduced to the guitar by his friend Moses Black McGee, a piano player whose brother’s guitar was gathering dust. Together they learned to play simple songs and arrangements, eventually transitioning to writing their own material. With friends and fellow songwriters Chris and Sherlock, they formed The Sardonyx in 1983. Among their original songs were “Patience,” “Stand In Love,” “Always Waiting” and “Music Galore.” “Music Galore” showcased the talents of The Riddim Twins, Sly and Robbie, on drums and bass.

The Jamaican music scene at the time was saturated with dance hall music, and while there was some interest, The Sardonyx did not receive tangible support among local producers and radio stations. However, their love of music kept them playing and writing songs. In addition to pursuing a music career, Dwight studied at Mico Teachers College and taught high school art in Jamaica for six years.

Davis migrated to the United States in 1991 to study commercial illustration at Columbia College in Chicago. Dwight still teaches in Chicago today but has never lost touch with Moses or with his musical roots. This album is a musical smorgasbord.