American Blues Scene caught The James Hunter Six, a charismatic re-introduction to the past similar to what The Stray Cats did for rockabilly revival. 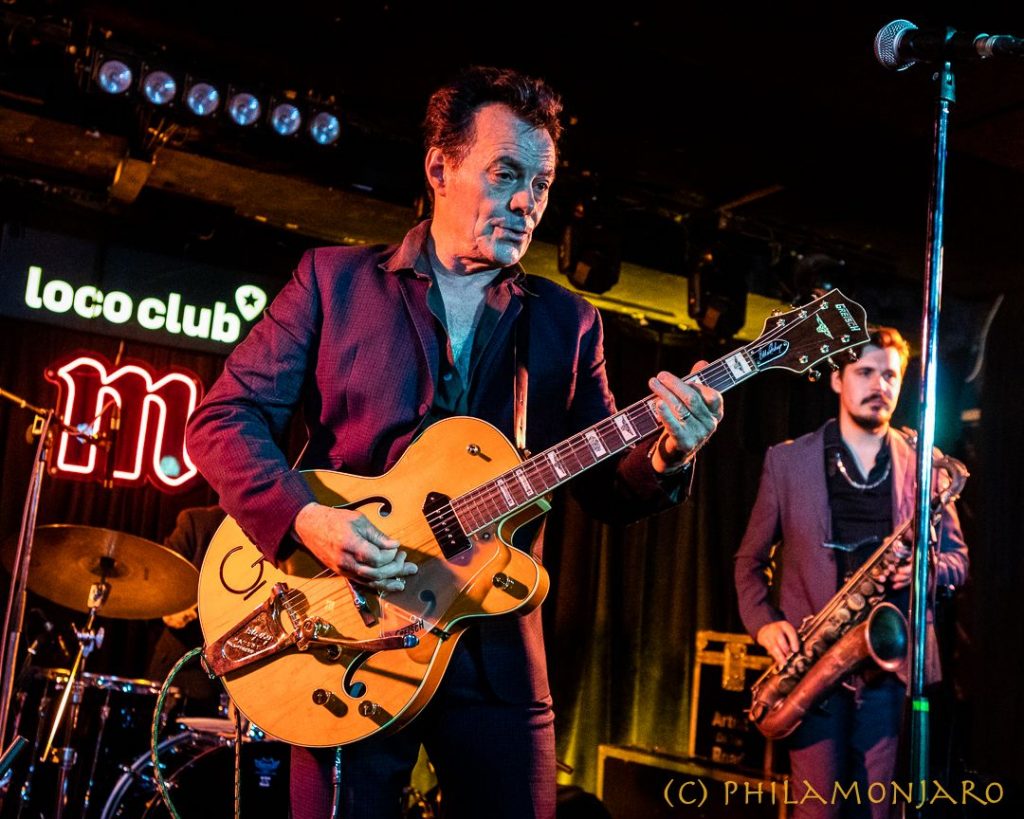 Daptone Recording artist The James Hunter Six have been touring Europe supporting their new release With Love. By this fall they will be back touring the states including a few support dates with Van Morrision.

Frontman and the band’s namesake James Hunter is a charismatic, passionate singer, skilled guitarist, and prolific songwriter. For all these talents he has paid his dues. From the young age of 16, Hunder was a working man with the railways, who busked, scrapped, recorded and played the pubs eventually catching the attention and forming a working relationship with Van Morrision. But it is his persistence that led this Grammy-nominated recording artist to play all over the world.

Described as a singer with a gritty, soulful voice, Hunter is a pure entertainer. Whether gliding across the fretboard with guitar solos or crooning at the microphone, he keeps engaged with the audience. Further, on stage Hunter is a tight bandleader punctuating stops, downbeats, stepping back for the others to solo or with subtle gestures directing any other musical cues.

His music travels one back in time with a hint of Cliff Richard and The Shadows, a dash of Bill Haley, organ, kits drums and a couple lush saxophones. All together harkening to a pre-Beatles sound. Songs that would seamlessly fit into the Animal House soundtrack or take you back to a night of close-dancing with your sweetheart, yet uniquely original and fresh songs. A re-introduction to a past sound similar to what The Stray Cats did for rockabilly revival. Every voice ease, harmony, organ riff, and shuffle adds to the arrangements with emphasis while allowing room for sonic space.

Turn the lights down low and slow dance tenderly in your partner’s arms to their latest: With Love. This will rekindle romance in a nostalgic way from a more simple time.

American Blues Scene caught up with The James Hunter Six at Loco Club in Valencia, Spain this past May. Down one band member that night, Hunter jokingly referred to themselves at The James Hunter Five, and would make up the difference by playing longer.

Till I Hear From You

He’s Your Could Have Been

No Smoke With Fire

Baby Don’t Do It

I Don’t Wanna Be With You

I Can Change Your Mind

Don’t Do My No Favours