Listen exclusively to the first single "Heal It" from The Hooten Hallers' upcoming 'Back In Business Again,' due out in September! 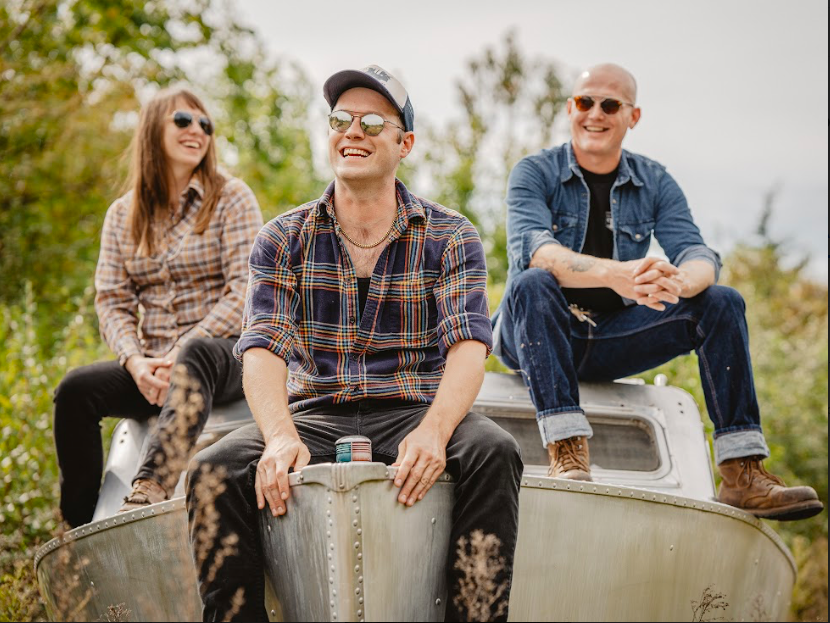 The Hooten Hallers have been taking their own fierce brand of saxAmericana from Missouri to stages around the country for 15 years now. On their latest effort, Back In Business Again, it’s all there in the title. The trio is indeed back in business with new songs that simmer in an exhilarating gumbo of garage rock, pre-war jazz, and blues.

St. Louis represents a spirit of community highly influential to their sound. In much the same way people consider New Orleans as the geographical heart of American music, The Hooten Hallers regard the city along the Mississippi River.

Everett explains, “St. Louis was a pretty big hub for blues, ragtime, early jazz, and country; there was a lot of mixing of musical styles with the different people immigrating and settling there. Missouri has an important musical past and it continues to be relevant.” Rehm added, “We are not ashamed to be from a flyover state, we’re not trying to be part of the homogenous monoculture of popular music.”

Back In Business Again was produced by musician Dominic Davis (Jack White, Greensky Bluegrass). He was introduced to the band via Everett’s husband, Pokey LaFarge member Ryan Koenig (who plays harmonica on the album).

Premiering exclusively today from the new album is the first single, “Heal It,” which Andy Rehm tells ABS is “about taking responsibility for your own life and feelings and realizing that you are ultimately the one in control.”

Continuing, “It’s a positive outlook where you own your strengths and limitations and make the best with what you have.  The arrangement is heavily inspired by our love and appreciation of traditional jazz and blues and the artists that created it. Missouri, and St Louis in particular, has an incredibly rich and diverse musical heritage steeped in blues and jazz.”

Connect with The Hooten Hallers: