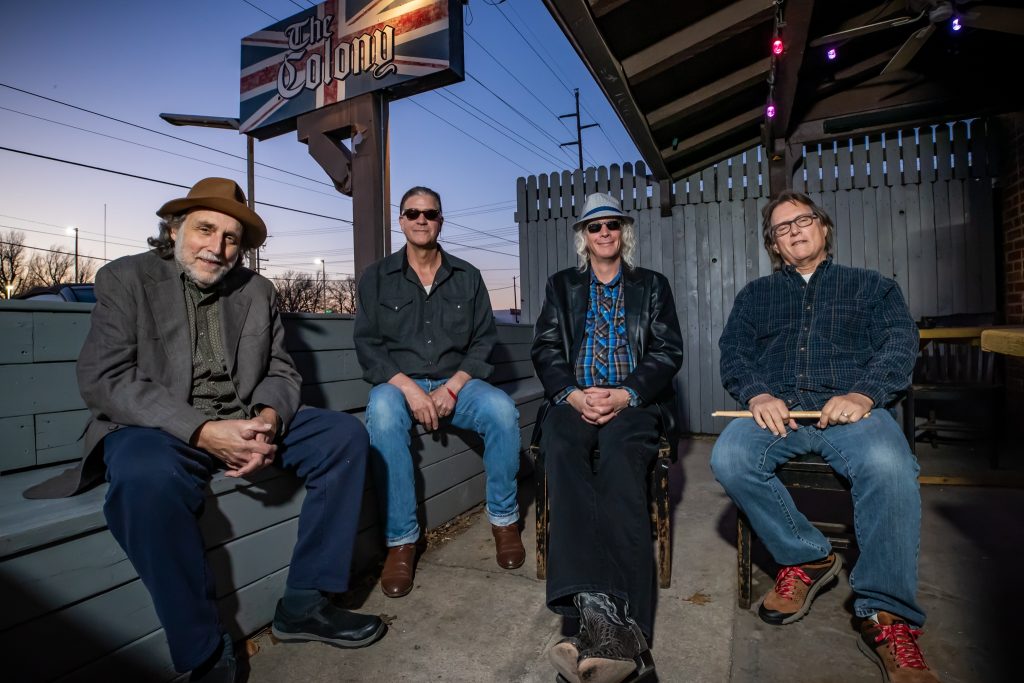 Singer-songwriter and Oklahoma Music Hall of Famer Tom Skinner is hailed as a founding father of the Red Dirt music movement. The pioneer was a member of Garth Brooks’ early band as well. Sadly, he passed away in 2015. His final wish was that his musical collaborators carry on and continue the beloved weekly Wednesday Night showcases he founded.

The regular events bring together a diverse group of musicians for a unique live music experience. Multi-instrumentalist and Skinner’s longtime musical partner, Don Morris (Brandon Jenkins, Red Dirt Rangers, Jana Jae), not only took up that mantle, but gathered an all-star group of Oklahoma musicians to realize his friend’s dream.

When the pandemic hit, the quartet were forced to pause their weekly sessions at Tulsa, OK rock club, The Colony. They turned their attention to recording the initial sessions for the fourteen songs that make up First Set at Fellowship Hall Sound’s studio in Little Rock, AR.

Dedicated to preserving the legacy of Skinner and other departed Oklahoma musical peers, the members of Science Project recorded additional sessions for First Set at the studio of another Oklahoma musical legend — The Tractors frontman Steve Ripley’s Farm Studio near Pawnee, OK. Special guests have always been a feature of their live show and musicians John Fullbright, Andrea Kyle, Roger Ray, Kristin Ruyle, and Science Project Band alum Gene Williams were called upon to add their own contributions to this record.

First Set features songs written in collaboration and individually by bandmates Morris, Gomez, and James. It also includes contributions from Tom Skinner himself, Gene Williams and Brandon Jenkins amongst others. Thematically, the songs touch upon the state of the world, yearning for better times, preserving and promoting love, and stories of living in the American south.

Morris says the new record, like every Wednesday Night performance, takes place “in the spirit of Tom.” With such wide-ranging influence on other musicians, it’s not inappropriate to think of Tom Skinner’s Science Project carrying on the founder’s name in the same way jazz legends Duke Ellington and Count Basie each has had their orchestras continue long after their namesakes’ passing.