“Another Day” is the lead single from Tyrrell’s debut solo album ‘Conviction,’ out August 12th. 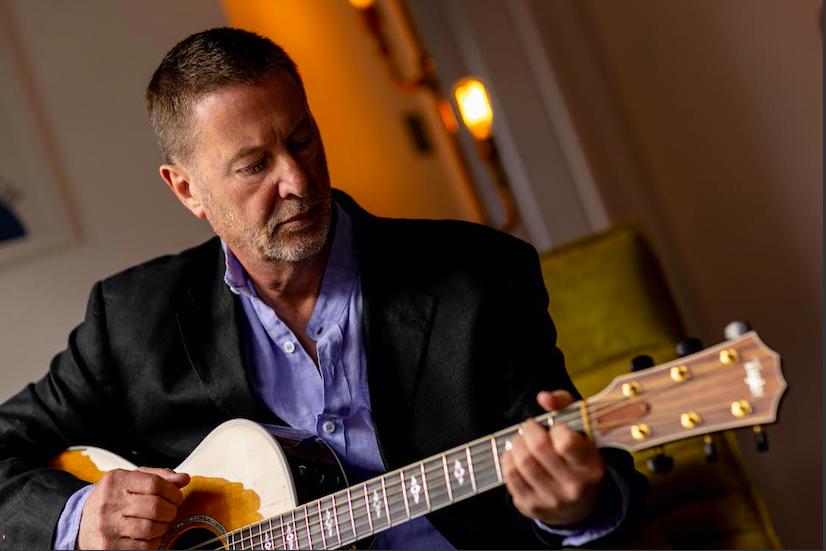 Dublin-based singer-songwriter Tony Tyrrell is set to release his debut album entitled Conviction, alluding to his lifetime as both a songwriter and musician. As the pandemic gave way to reflecting on his equal love of playing and writing, as well as supporting other artists, he revisited his catalogue of songs. He then wrote some new ones and decided this was the perfect time to make his solo debut. He explains, “I call the album Conviction because it fulfills my promise to myself of doing something that’s been inside me for some time.”

Tyrrell’s background as a classically trained clarinetist who has played in orchestras would serve him well throughout his career. He took up the saxophone, and later went on to play and write with different folk/acoustic combos – Push the Pearl earning an opening slot for Donovan during his career relaunch in Ireland.

Tony was a founding member of The Afternoons who recorded the critically acclaimed folk-rock Homage (1994), which received a Best Album nomination in the Choice Music Awards. The Afternoons were also selected to play on the Irish showcase stage at MIDEM (Cannes) with Stiff Little Fingers.

The 11-song Conviction is the finely orchestrated result of Tyrrell being able to conceive of himself as a singer-songwriter and solo artist. By way of folk songcraft, waltz-style ballads, and uptempo rock, Tyrrell details a full range of emotions and stories. As for recording, he was both surprised and moved by the rough mixes, remarking, “Out of the blue, and from a standing start, I had recorded a full album. It felt like I had found my voice, and that this is where I finally belong.”

On lead single “Another Day,” premiering exclusively, Tyrrell proves that some musicians actually experience the emotions they convey in their songs. He tells ABS of an edifying encounter:

I decided I had to write a song that told her ‘story.’ The car had to be the central location for her emotional journey. Later on, the giraffe mutated into an angel (I thought it would make more sense without me there to tell the story!) and the hopeful lift of “Another Day” became the focus for the chorus. Everything passes.