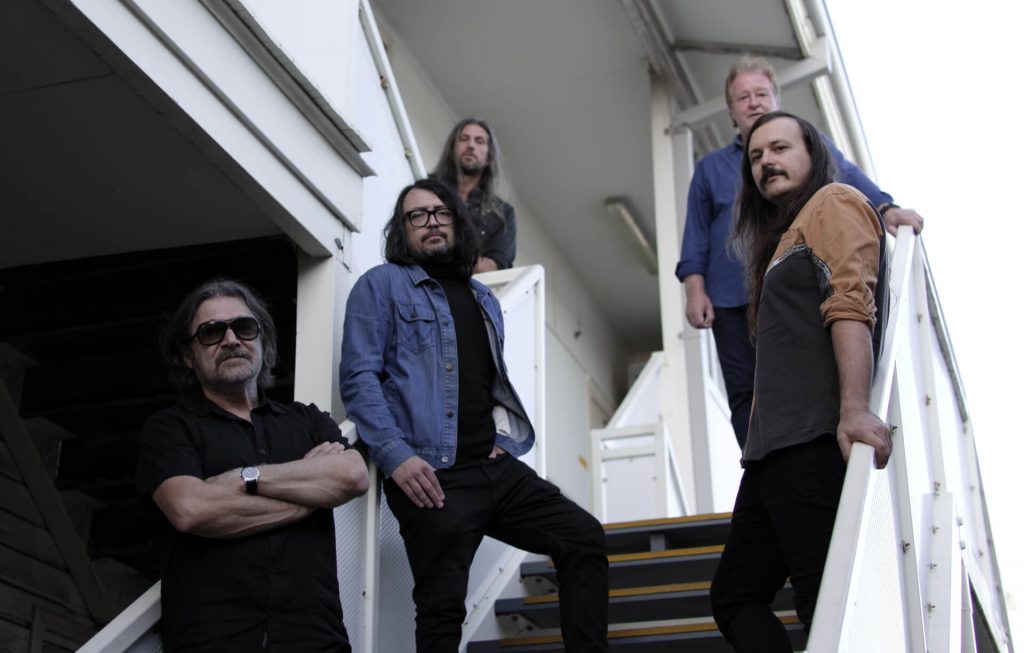 Fronted by Dom Mariani of legendary Oz garage rockers The Stems, Neanderthal Jam is eleven new tracks of psychedelicised blues and full-tilt heavy rock that were jammed out and recorded at their favorite south-west farmhouse studio during the early months of 2021.

Having already released four acclaimed albums on Alive Naturalsound Records Demon Blues (2015), Hairy Mountain (2016), Blessed is the Boogie (2019) and West Coast Highway Cosmic (2020), Neanderthal Jam sees them building upon and going beyond on another diverse collection of songs.

Album opener “Going Back to Hoonsville” gets things started with a relentless and pounding swing to get your hot wheels on. The jam is well and truly underway, and so the boogie gets heavy pursuing love in an inner sanctum on “Secret Society.”

I start off most of my mornings by picking up an old acoustic while waiting for the coffee to brew, I play some old blues licks, or a bit of slide, whatever feels good and every so often a song idea will appear. ‘Secret Society’ came about in this way, with both the riff and words coming at same time. The subject revolves around pursuing a love affair that has the allurement of mystery and seduction while being clouded by feelings of insecurity.

A heavy blues stomp to convey the feeling is what I was going for and I think the band really captured that. Warren, our drummer found the beat, which was just what the song ordered. We panned the guitar licks super wide and made them loud which adds an excitement to the track. Keeping it tough, simple and rocking was the key.

“Bad Times” digs in on their OZ rock roots with a groove that the ‘Tatts’ (Rose Tattoo) would be proud of. “Black Speakers” and title track “Neanderthal Jam” keep the jams cooking with Bob Patient’s keyboard playing prowess on display proving what a welcome addition he has been to the band. An acoustic prelude that is “Hold My Life” that leads into a pummeling boogie riff on “Worried Man’s Boogie” sets the scene for personal concerns about a world and the times we find ourselves in.

Full-throttle rocker “Digging My Own Grave” turns the lights to ‘black and purple’ and the Witch Doctor takes us for a ride on “Fish Fry” until we get to the epic sun-kissed west coast highway closer “Dry-By Island.” Neanderthal Jam,……to be continued.