"You want to make it sound authentic. You want to put in details so that anybody who knows anything about what you’re talking about will think you do, too." Singer-songwriter James McMurtry discusses his new album, 'The Horses and the Hounds, available now! 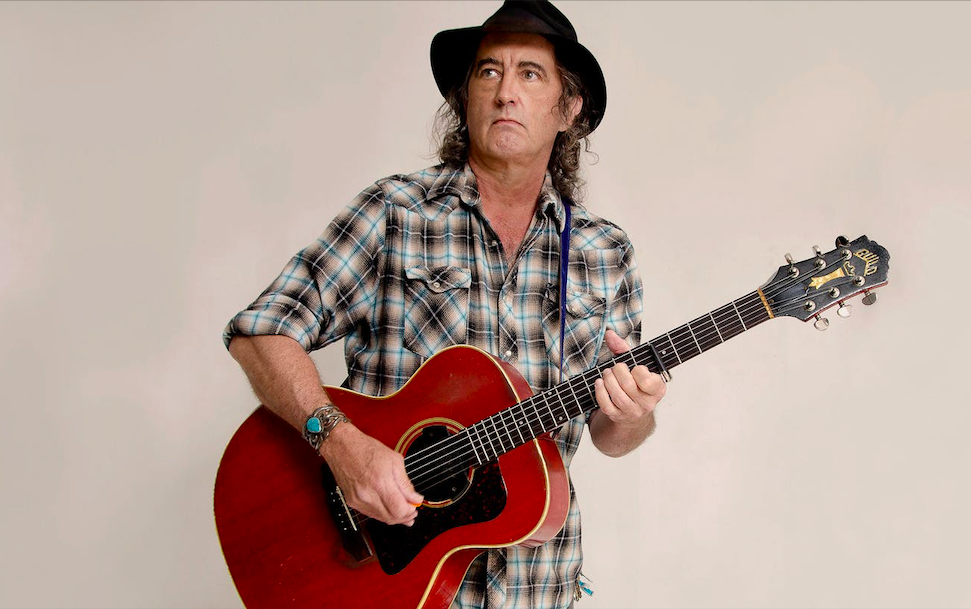 James McMurtry is currently on tour following the August, 2021 release of his latest album The Horses and The Hounds. The story behind why it took him seven years from the time of his last album to release this much anticipated and well worth the wait new album is a variation on the old dog ate my homework story. The simple answer is that he spent enough time on the road touring that he just didn’t get to it. Throw in the pandemic, the death of his father, and the loss of his laptop, and the shaggy dog story gets much more complicated.

Ten years ago, McMurtry told me about meeting Dr. John early in his career.  “We go to the dressing room which is like a closet, and Mac (Dr. John’s real name) is sitting on this couch drinking his vodka and grapefruit juice, and asked me what I was doing? I said, ‘You know, I just got a record out and trying to just figure it all out. It’s not what I expected.’ He said, ‘Yeah, you finally get where the fuck you think you’re going, and you find out it’s not where the fuck you thought it was.’ I say, ‘Well, what do you do?’ He says, ‘You keep moving.’”

Flash forward to 2022, and I’m on the phone with a man who didn’t write his first song until the age of 25 in 1987 but immediately took top honors at the lauded Kerrville Folk Festival. His first album in 1989 was produced by John Mellencamp.

I’m one of 24 interviews in a row with a guy I consider one of the top 10 singer-songwriters alive today, and I’ve got a half hour to plumb the secrets of his genius. I begin by telling him that Ray Wylie Hubbard told me that a compliment from James McMurtry is as good or better than writing him a check. McMurtry hadn’t heard that before, but he said this guy who wrote the funky-as-hell song “Snake Farm” is a great guy. “I just played on something of his recently. He’s got I think the record of those duet recordings. There’s one song I think me and Hayes Cole, Ray and somebody else all sing on. I played some guitar on it. I’m a little bit stuck. I haven’t heard the track.”

Then I asked him if the 2021 death of his father, Larry McMurtry, the Pulitzer Prize-winning author of Lonesome Dove, Brokeback Mountain, and Terms of Endearment, had anything to do with the much-delayed new album released five months after his passing. One might logically assume that McMurtry’s genius is inherited from his dad. He shrugs at the suggestion, saying simply that Dad wrote prose and he writes lyrics.

“He never wrote a verse in his life, but I tend to stay away from prose. Most of what I write is fiction. You want to make it sound authentic. You want to put in details so that anybody who knows anything about what you’re talking about will think you do, too. The beauty of verse in songs is that you can be vague. There are some songs you can put all the details in you want, and they still don’t work. I haven’t figured that one out.”

How long does McMurtry work on that before he lets it go?

“It can be years. It comes back. Even though you let it go, it’s still in your memory. In 2020, I sold a bunch of my (artifacts) to a Texas State University collection, and I had to dig through all these old boxes of legal pads from the days before computers. I seemed to work the hardest on the songs that didn’t work. Pad after pad after pad would be lyrics that just never made a song.

“We made The Horses and The Hounds in 2019. We tracked it in 2019, and it took most of 2021 to get the overdubs done, finally getting it mixed. They put it out in August just because it seemed the time to do it.”

How much was his muse affected by his father’s passing?

Really? He hasn’t written anything since?

“A couple of songs but no particularly good ones. It always seems like I was trying to make another record, but we’ll see what’s happening. I lost a laptop full of lyrics (with) all kinds of things.”

And that’s just the beginning of the issues he had making The Horses and The Hounds. “No, it didn’t come together quickly. We tracked ’em in 2019, and I had to go to L.A. twice to do final vocals because we were cuttin’ in some little room in Van Nuys, and I went out and was walking around and didn’t realize that grey haze in the valley wasn’t just normal valley haze. It was smoke from the Getty fire, and it just shredded my voice. So, I think we got one keeper vocal out of that whole week, and I had to go back in December.

“That took a while, and then we had Benmont Tench (founding member of Tom Petty and The Heartbreakers) lined up to do the B3 keyboards at Sunset Sound the spring of 2020, and a week before the session was to happen, California shut down. Covid locked everything down. So, it took a while getting keyboards down. Benmont couldn’t do it, so we got a couple of guys: Rod Young, Bukka Allen, somebody else from L.A. I actually had to produce a couple of the Texas sessions ’cause (producer) Ross (Hogarth) couldn’t travel.”

All the problems aside, the album is a showcase of his lyric genius. We talked about the process he goes through in creating a song. “If all I have is a bar napkin, I’ll write it down on a bar napkin and get it on a hard drive somewhere later. I do hand-write if I’m stuck. If I’m really trying to finish a song, I’ll take a legal pad and write it and rewrite it and edit and write it and sometimes that makes it come together.

“Sometimes I’ll scroll through the scraps and see what’s there,” he told me in 2012. “And every now and then I’ll stumble upon two disparate verses that happen to fit the same meter, a similar rhyme scheme. Maybe those’ll work together.”

Does he still do that today?

“Yeah, and that may be the real drawback to losing the laptop. I don’t do that anymore. I do have the seeds to some of those songs on old iPhones, and eventually I’ll have another (go with it), but it is a good way to work.”

Ten years ago, he’d start a song with a couple of lines and a melody. And if that moved him, he might stay up all night long to finish a song. That still sometimes happens today. “They’re a mixed bag. Some of them took years to write. A couple of ’em came really quickly.

“If I Don’t Bleed” (on the latest album) was pretty quick. I wrote it mostly at the wheel of a rental van. I’d get a verse in my head and keep spinning it around ’til we’d get to the motel and put it in the notebook.”

I told him in our latest interview that I look at writing as sculpture in two ways. I can either start with a big slab and whittle it down, or start with almost anything and build it up. Which does he do most?

“I probably start with nothing and build it up or convert it into something else.”

I love that line in the song “Jackie” on The Horses and The Hounds: “She jackknifed on ice with an oversized load. There’s a white cross in the borrow ditch where she went off the road.”

“Thanks. That’s one of those that originally was two songs. I didn’t know Jackie was a trucker, but I had this other song about a trucker, and he jackknifed. I think that as one of those where I was scrolling through and realized I could put them both together and make one song.

Does McMurtry think he could have written the line “There’s more in the mirror than there is up ahead” from “If It Don’t Bleed” a few years ago? Is he feeling his mortality?

“I probably wouldn’t have written that line any younger than 40. It’s kind of a twist on Stephen Britton’s line ‘Less about future, More about past.’”

“You’ve got those verb endings, the way you conjugate verbs. It gives you instant rhymes. There’s a lot of vowels that sing well.

For me, it was deeper than that. It was how the words sounded as much as what they mean.

“Well, you know, really with Lorca some things don’t translate.”

That’s what I mean.

“There are meanings of words that don’t translate.”

So, what has McMurtry been doing in the seven years since his last album?

“Well, we’d be on the road half the year and then doing local gigs when we’re home. So, we stayed busy with live music. I mostly make records when my tours drop off. We used to tour to make record deals. Now, it’s the other way around.”

I hear stories from so many artists who say streaming has killed the CD.

“Not for me. I still like the CDs. A lot of our crowd is a little bit older, so they still buy CDs. What streaming has killed is royalties ’cause the royalties for streaming and downloads is next to nothing.”

The Horses and the Hounds