In celebration of Juneteenth, Tomás and The True Groove All-Stars will premiere 'Endangered' art installation/music performance -- inspired by the painted works of Floyd D. Tunson and words of Pulitzer Prize-winning Yusef Komunyakaa -- at Fine Arts Center at Colorado College. Album out today! 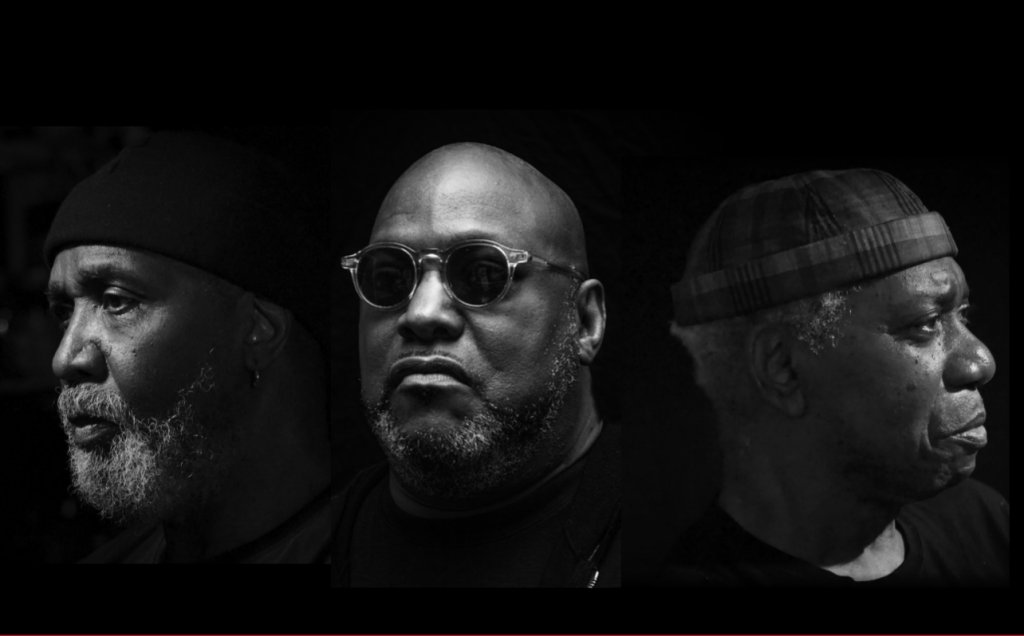 “It’s like 90 degrees already,” NYC-based singer-songwriter/guitarist and producer Tomás Doncker tells me from his end of the phone in Colorado Springs, where he got in late the night before. It’s still morning there and he’s just wrapped up a special acoustic performance on the local FOX21 News to promote his latest project, Endangered. “I got two segments. We did a segment of just talking, then went to commercials, and then another segment where I came out and played. So it was cool.”

This Juneteenth weekend, beginning Friday, June 17, and then again on Saturday, June 18th, Tomás & The True Groove All-Stars will premiere the live, art installation/music performance at the Fine Arts Center at Colorado College in the Floyd D. Tunson: Hearts and Minds exhibit located in the El Pomar South gallery.

This event is inspired by the painted works of Colorado-based artist Floyd D. Tunson and propelled forward by the lyrics of Pulitzer Prize-winning poet Yusef Komunyakaa.

Tunson – who works in drawing, photography, painting, sculpture, mixed media, and installation – deals primarily in abstract themes and metaphors centered on racial injustice. It was when he was drafted in 1969 and stationed in Virginia that he would see a large populace of African-Americans for the first time, which in combination with a love of blues music would lead him to the Mississippi Delta on several photographic missions.

The rage often expressed in his paintings comes from a deep, dark personal experience. His brother, unarmed, was fatally shot by Denver police in 1974, and from there Hearts and Minds was born. Tunson has been like a mouthpiece for the marginalized ever since, addressing many forms of injustice with his Haitian Dream Boats installation and several series including Delta, Endangered, Remix, and Universal Bunnies.

Doncker’s ongoing partnership with Komunyakaa spans nearly two decades. The pair have collaborated on critically acclaimed albums Big Apple Blues, Black Magnolia Project, the 10th Anniversary release of their first project The Mercy Suite, as well as songs from other albums including the most recent Wherever You Go.

Doncker’s interest in the Endangered project sprang from Yusef introducing him to the art of Floyd D. Tunson. From the time he laid eyes on Hearts and Minds, encompassing both racial inequality and gun violence, melodies and rhythms started to take shape in his head.

“Floyd and Yusef are old friends,” Doncker explains. The two have known each other since they were young men in their 20s, and have remained close.

“Yusef introduced me to Floyd’s work. As you know, it’s quite stunning and quite powerful. He’s just this force of nature here in Colorado Springs.

“It was Yusef’s idea to create something. He called me up one day, ‘Let’s do a three-man thing where we take Floyd’s artwork and create an environment for it through music, poetry, song, visuals and of course the band.’”

Art inspires words and music; music and words inspire art. “That was the whole idea. I am proud to say that it’s coming together. It’s a big project. We’ve been working on it for two years. It’s been in development throughout the pandemic. We’ve enlisted cinematic genius William Murray. He’s in charge of all the visuals that are involved in the show. The Fine Arts Center at Colorado College commissioned us to do this in celebration of Floyd Tunson month. It turned out to be the perfect time for us to come out here and launch the project, and we’ve already received lots of interest in us touring the show in the fall of this year.”

Tunson’s work is sometimes subtle, sometimes even funny, and always powerful. His 1995 mixed media piece Canary Metaphor conceptualizes Black men as being as expendable as canaries in a coal mine. As for Endangered, well, that’s another perennial conundrum Black men find themselves in.

“The idea of being endangered – we are being killed off for no reason, you know? This is not new. This is something that seems to be, sadly enough, on American soil. The genocide of the native American, just that alone. That’s how it started here, you know?

“That seems to be the way things are in this part of the world, like it’s okay to do that. The world is changing rapidly, and the perception of America is changing rapidly outside of America. For so many years and to this day, even though it’s diminishing, the rest of the world takes their cues from America. If we behave badly, that gives everyone else a license to behave badly. They can justify that behavior.

“Long story short, it’s man’s inhumanity to his fellow man. It’s horrible. And it’s built into the legal system. Because of the proliferation of digital devices, now we see it every time it happens. Literally minute by minute we see it. We’re made aware of it. It’s not new, but now it’s in our face all the time. The purpose of the show is to be uplifting. There is the brighter side. If you don’t stand for something, you’ll fall for anything.”

Doncker’s way of standing is through art and culture. He thinks of art as the last bastion of freedom of thought. “The powers that be definitely don’t want people to know about what’s going on.”

On how the music itself dovetails with the vision of the project, Doncker says he intensely studied Tunson’s work, took it in, and let it wash over him and the band.

“It was an interesting process for us, because before a note was played or even written, everybody had a collection of Floyd’s images. I was like, ‘Hey guys, just look at all this stuff and let’s have a conversation. Does it mean anything to you? Does it resonate with you?’

“And everyone was like, ‘Wow, this is just amazing.’ We talk about stuff before we even play. Because even if it’s just about shaking your ass, True Groove is always about something. Music is such a wonderful thing; it should have something to it. Everyone was really inspired by Floyd’s work.”

Doncker and the True Groove All-Stars designed the album as what he considers a travelogue through 1960s and 1970s Black music. “It goes from Bill Withers to Curtis Mayfield, James Brown to George Clinton, Howlin’ Wolf to R.L. Burnside. True Groove music is rooted in these styles and colors.”

Auxiliary True Groove All-Star Michael “Kidd Funkadelic” Hampton helped co-write the final track on the record, “Universal Bunnies,” which features a sample of Floyd D. Tunson’s voice. “This album also contains two spoken word performances by the legendary Yusef Komunyakaa, who is my mentor, poet and lyricist for the record. Those songs are ‘The Same Beat’ and ‘Blue Dementia.’

“We did not try to make it a retro record. We were already informed by these styles of music. It’s not retro to us. It’s about the intention and the spirit of it. That’s what we set out to do in order to give a sonic backdrop in support of Floyd’s work.”

Doncker refuses to pick a favorite song. As he says it’s like picking your favorite child. “I’m very proud of it as a body of work. I feel that we achieved our objective and it’s growing. We set out to start something, and that’s what we’ve done. We have given life to this Endangered show, and it’s moving forward on its own legs. That was the idea, to create something that moves forward.

“I was very inspired by David Byrne’s American Utopia, the idea of having a band integrated into the show. You can’t beat a band – a great band, that is. It represents the best in us, everybody working together to create a joyful noise. It makes the music transcendent. It’s like an invitation to a tribal ritual.

“And that’s the idea behind Endangered. There’s a struggle going on. No question about it, but we need to continue to build through cultural expression in order to bring about change. It’s a means to an end; it really is. That was what we set out to do, and I’m very pleased with the results thus far.”