Blues in its broadest sense encompasses so many emotions from the darkest moods to the lightest of hues. ‘The World Of Ben Vaughn’ is at the latter end of the spectrum. A nostalgic slice of vinyl worthy of a place in your pile. 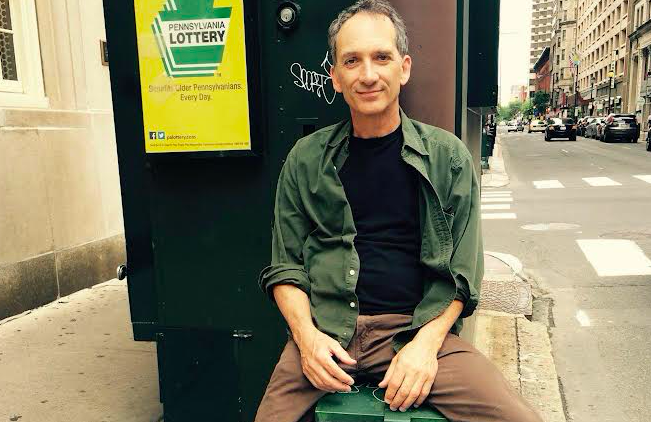 Eclectic singer-songwriter/multi-instrumentalist Ben Vaughn could not have anticipated that his latest album would be reviewed by a Brit who as a teenager was besotted by the 1960s pop-rock revolution which included The Beatles, The Hollies and above all, Wayne Fontana and the Mindbenders.

Fortunately, conversion to the blues quickly followed but memories last forever, reinvigorated by Vaughn’s superb new album, The World Of Ben Vaughn – specifically one of the many standout tracks, also released as a single, “Wayne Fontana Was Wrong.”

Sadly, Wayne died a couple of years ago, having spent his life making and performing the music which made him famous, namely his iconic hit, “The Game Of Love,” an international best seller. The chorus is the ultimate earworm, ‘Come on baby let’s start today, come on baby let’s play/ The game of love, love la la la la la love.’ Of course, Ben knows that love is not a game and he spells out what true love means in his strident reproach of one of his personal favorite songs and performers.

Typically, Vaughn, as a fan of Fontana is respectful, engaging and humorous when delivering the message. These qualities combined with his exceptional musicality and song writing acumen permeate the entire album which is reminiscent of the one man band recordings of Paul McCartney at the outset of his solo career.

36 years after his first vinyl recording, this album is also available in vinyl by Relay Shack Records celebrating Record Store Day 2022 but also on major digital music streaming platforms. It is a gloriously unpretentious and very accomplished live acoustic musical production, Ben playing all the instruments and covering a range of genres.

The opener, “In My Own Reality” (ABS video premiere), has a country feel with its ‘60s–style guitar licks but Vaughn’s quirkiness and individuality give the song a unique flavor as he sings “In my own reality, there’s plenty of room for you and me/ In my own reality we will forever be free.”

With its percussive backing and expressive harp solos “Blind Alley” is a much bluesier journey, this time in search of love. The poignant “Asking For A Friend” poses the question, why does a broken heart never mend? And it reveals a troubled side to an otherwise predominantly carefree persona.

“You” is a repetitive pop ditty which sounds tongue-in-cheek relative to the other tracks. “New Jersey Rock ‘n Roll” is more laid back than the title suggests and showcases Ben’s impressive vocal range alongside his multi-instrumental skills. The short and sweet “No Count” is reminiscent of a Terry and McGhee harp and guitar duet.

By contrast, Vaughn sounds like a crooner on the balladic “You’re Going To Wish Love Was Never Invented” with its smooth organ accompaniment and feisty guitar interludes. There are few songs entitled “Feet,” but where love is present here and now there is some logic in staying where you are rather than heading for the exit, even if you’ve been hurt before.

The intricate banjo strings on “Deep In The Weeds” add a strong folksy dimension to the eclectic mix whilst the fitting finale, “Nobody Likes A Show Off” has a sardonic tinge with its rags to riches references and swaggering guitar licks

In a world of both joy and challenges, it is a privilege that blues in its broadest sense encompasses so many emotions from the darkest moods to the lightest of hues. The World Of Ben Vaughn is at the latter end of the spectrum. Eleven original, nostalgic, uplifting songs represent half an hour of pure bliss which makes this slice of vinyl worthy of a place in your pile.