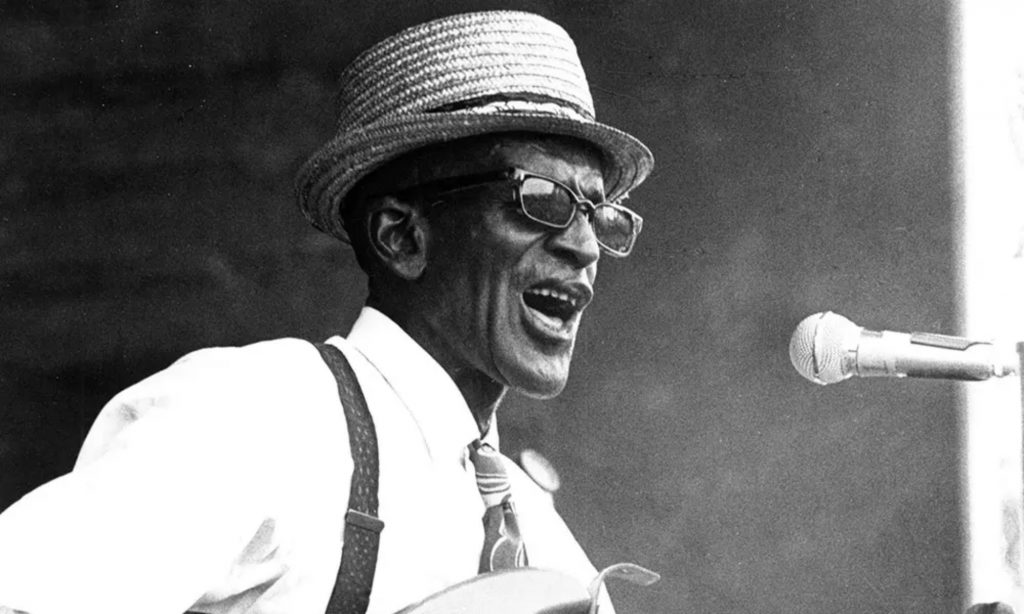 Welcome to Windy City Wednesday. This newest offering from American Blues Scene will share classic and sometimes forgotten blues albums from some of the most iconic Chicago blues men and women ever to grace wax. This edition focuses on the album The Legend of Sleepy John Estes by Sleepy John Estes.

*Notes from the ALL MUSIC Review by Alex Henderson

In the late ’50s Sleepy John Estes wasn’t nearly as visible as he had been before and during World War II — in fact, he had become so obscure that some historians wondered if he had died. But the blues veteran was still very much alive, and in 1962 a 63-year-old Estes (some claimed he was 58 or 57) made an impressive comeback with The Legend of Sleepy John Estes.

Although not the definitive recordings of these songs, Estes’ 1962 versions are captivating nonetheless. Delmark has a lot to be proud of, and getting Estes back into the studio after many years of neglect (reunited with Hammie Nixon, no less!) is certainly among the Chicago indie’s greatest accomplishments.

Recorded By – E. D. Nunn at the Women’s Club Hall on 815 East Kilbourn Avenue in Milwaukee, WI on March 24, June 3, June 4, 1962. Eleven of the twelve songs on the album were written by Estes, with one, “Someday Baby,” written by Estes and Nixon.

Sleepy John Estes was born John Adam Estes on January 25th, 1889 or 1890 in Ripley, Tennessee. In 1915, his guitar playing, share cropper father moved the family to Brownsville, Tennessee where shortly thereafter John lost sight in his right eye when a friend threw a rock at him. At the age of 19, while working as a field hand, he began to perform professionally, mostly at parties and picnics, with the accompaniment of Hammie Nixon, a harmonica player, and James “Yank” Rachell, a guitarist and mandolin player.

Estes made his debut as a recording artist in Memphis, in 1929, at a session organized by Ralph Peer for Victor Records. He went on to record for Decca Records and Bluebird Records, with his last prewar recording session taking place in 1941. He made a brief return to recording at Sun Studio in Memphis in 1952, recording “Runnin’ Around” and “Rats in My Kitchen”, but otherwise was out of the public eye in the 1940s and 1950s.

Estes had a stroke while preparing for a European tour and died on June 5, 1977, at his home of 17 years in Brownsville.