LaMontagne’s ability to place his audience within the emotion of his songs was recently on full display before an enthusiastic crowd at the esteemed Chicago Theatre. 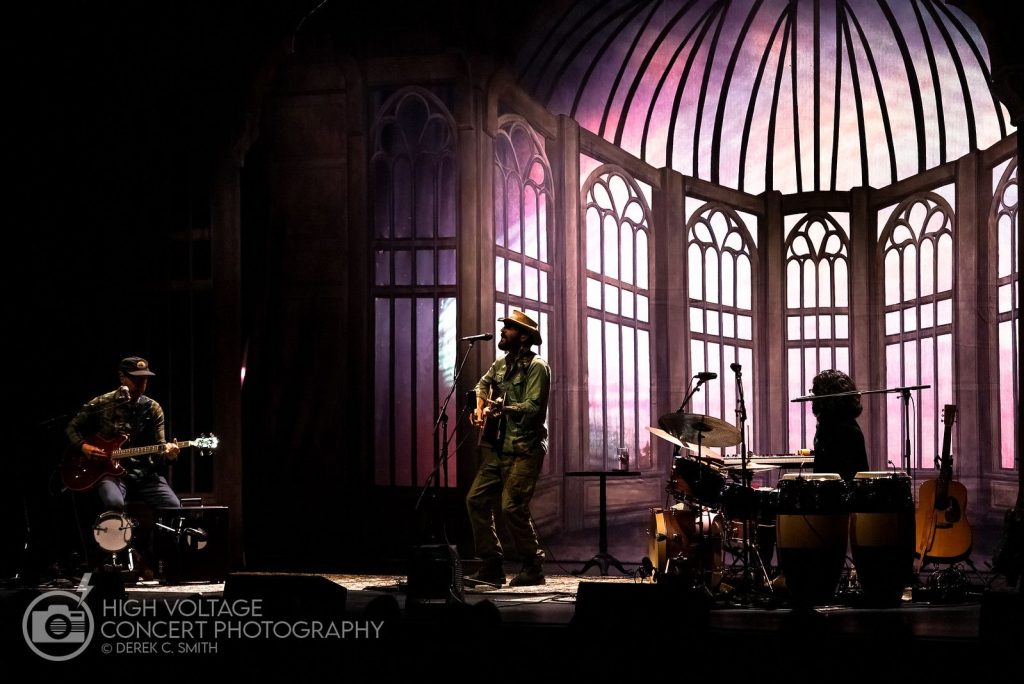 Claude Debussy and Wolfgang Amadeus Mozart have each been credited with some variation of the adage that “music is the silence between the notes.”  With only 12 notes in Western music, it is this silence (as well as the manner in which the notes are arranged) that helps differentiate one piece of music from the next. The silence creates space between the notes. Unnecessarily fill that space and the song suffocates. Leave it alone and the song breathes.

Ray LaMontagne is a master at creating space within his songs. Instead of filling the gaps with gratuitous notes, he utilizes the space as a reservoir into which the emotion of his lyrics and music can drip before they ultimately wash into your soul.

From the sadness of “miss[ing] her laughter, so long after that laughter’s gone” in “Highway to the Sun,” the passionate plea to “tell me what you’re feeling I can take the pain” in “Such a Simple Thing,” to the love of “just want[ing] to give back a little bit of what you give me” in “I Was Born to Love You,” you cannot help but feel his music.  It’s as if instead of merely hearing the song, you are transported by it to that song’s particular place of sadness, passion and love.

LaMontagne’s ability to place his audience within the emotion of his songs was recently on full display before an enthusiastic crowd at the esteemed Chicago Theatre. Touring behind his critically acclaimed eighth studio album, Monovision, released in June 2020, LaMontagne played nearly the entire album, which includes the chart-topping hit “Strong Enough.” He also sprinkled in a few other fan favorites throughout the over ninety-minute set, including “Trouble” from Trouble, “You Are the Best Thing” from Gossip in the Grain, “Beg, Steal or Borrow” from God Willin’ & The Creek Don’t Rise, and “Such a Simple Thing” from Part of the Light.  As with all LaMontagne shows, it was an enchanted evening of warm, heartfelt music.  Sometimes sad, sometimes joyful, but always full of life.

LaMontagne’s tour continues through June 5 in Charleston, South Carolina.  For more information about the tour and LaMontagne’s music, click here.

Opening for LaMontagne in Chicago was Kiely Connell. The singer-songwriter who hails from nearby Hammond, Indiana blends her roots, folk, country sound with a voice that has been compared to the likes of Patsy Cline, Joan Baez and Joni Mitchell.  Like LaMontagne, Connell’s music is sparse, yet beautifully powerful and expressive.  In Chicago, she played a six-song set consisting of “Calumet Queen,” “The Blues That Really Burn,” “Caroline’s Corner Café,” “Restless Bones,” “Nobody’s Business But Mine,” and “Beautiful.”  For more information on her outstanding latest release, Calumet Queen, as well as upcoming tour dates, click here.