For fans of both pure, greasy rock & roll and poignant messages, 'Water Valley High' is a hidden treasure to add to your collection! 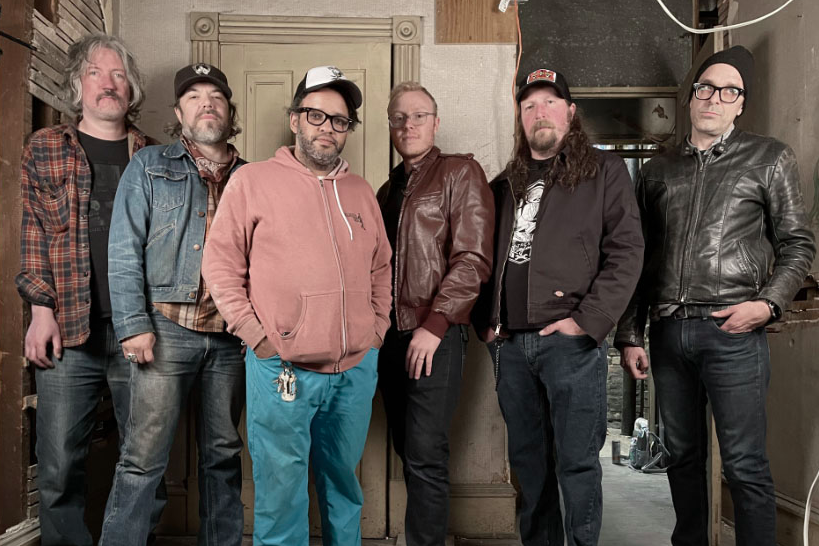 When you review music you find that every now and then an album you want to review will slip through the cracks because life gets in the way. As Roseanne Roseannadanna once said: “It’s always something! If it’s not one thing, it’s another!” When the dust clears and you get back to looking over what you missed, you find a real gem. And you wish you had reviewed it sooner.

In this story, Eleganza!’s Water Valley High is that gem. The group released the album entitled Full Length back in 2019. Water Valley High was released on April 29, 2022 and has the same folk-Americana-pure rock and roll vibe to it as its predecessor. Yet, listening to their latest effort you get a sense that as seasoned as each of the individual musicians are, as a group they are hitting their stride. Perhaps it reflects the influence of producers Matt Patton (Drive-By Truckers) and Bronson Tew and their Dial Back Sound Studio in the rural town of Water Valley, MS.

It was recorded live one rowdy week in the rural Mississippi town. As Brian Vanderwerf rhetorically put it, “If we couldn’t play the songs live, what would the point be?”

The album starts out with the somber tone of “Even If There’s One,” a song about undeserved loss –  a senseless loss at that. A battle had been fought, one that could not be won but had to be fought nonetheless. “I don’t know the reason,” Vanderwerf laments, “or even if there’s one.” What was the battle? You have to fill in that blank for yourself. Which is okay because we all know someone who “deserved so much more” but got so much less.

Do not have any fears about the album being maudlin, though. Upbeat numbers soon ensue. Charlie Smith’s boogie-woogie piano styling is on display in “Lonesome And High” and does Nicky Hopkins proud. American Blues Scene premiered the song noting Vanderwerf kicks the song off with a potent, soulful swagger, ““I still get up, lonesome and high/ I still get up, willing to try / I’m still searching for the truth/ but it’s harder to find everywhere I look.” There is still hope but it is running out. When it does, “What’s a desperate man to do?”

For those who like deeper meanings in their music, Water Valley High has a number of songs carrying poignant messages. Eleganza! delivers those messages with a confidence and self-assurance that comes with years of experience both musically and vocally. “Scared And Stupid,” for example, lays out those who don’t like to be confused with history (yesterday is a long time ago) or science (doesn’t want any facts). They just want to hear what they already “know” in the dark recesses of their minds.

The slow and melodic “Borderless” bemoans the treatment of those seeking refuge at our Southern border– the absurd cruelty of families being separated – and asks the burning question: “In the heart of men, what’s in their minds?” And answers: “I can’t imagine. I don’t want to try.” You may find yourself agreeing that “if it comes down to this… I’d rather go borderless.”

Not all of the tracks are dark or even deep. “The Hardest Word” is a country-influenced rocker. What is the hardest word? Well, as Elton John once told us, it is “sorry.” Sorry for what?  Well, just about everything but there is a bit of tongue-in-cheek going on here. I may be sorry but we can still “rock a little more tonight. I know you got it in ya, everything will be alright.”