"The Reckoning" is from Lockett's fourth album, 'At the Station,' via Gritbiscuit Records! 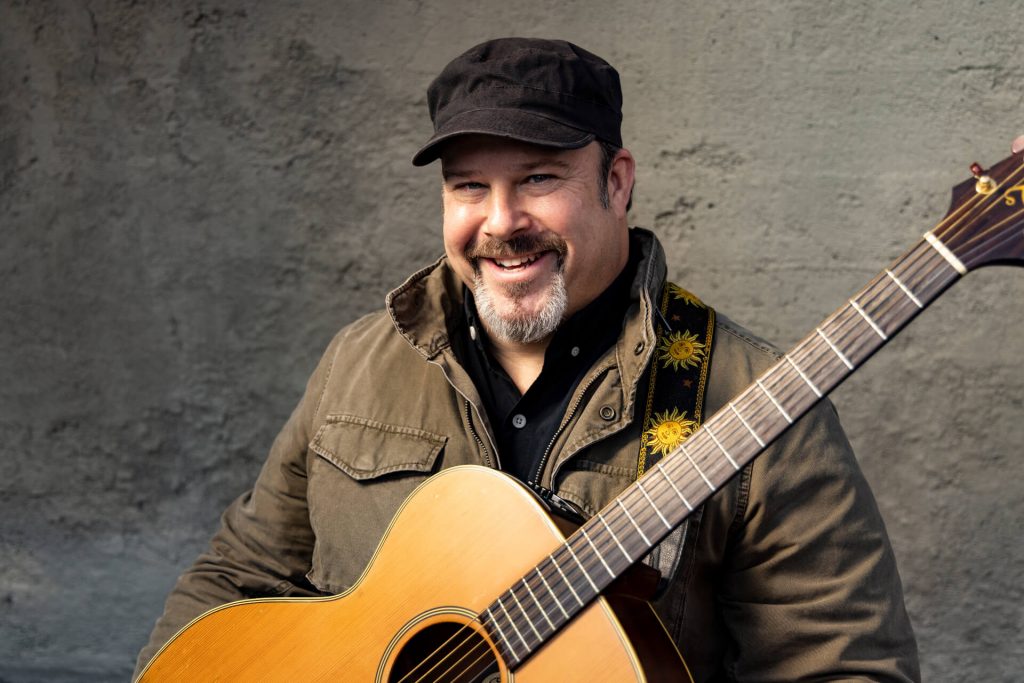 Physically,  Christopher Lockett is a fairly big guy who used to work as a bouncer, played sports in his youth, and can be imposing if he wants to.  “No one looks at me and says, “Yeah, that man…clearly a reader,” he jokes. “You only get that if you get to know me.  Or listen to the songs I’ve written.”

Lockett’s fourth album, At The Station, released on May 13th, is a 12-song story that pairs Lockett with producer Fernando Perdomo and mastering engineer Zach Ziskin for a second time. “Fernando is really good at working with singer-songwriters. His whole process starts with having me sing and play a scratch track of vocals and guitar live to a click track, like I was playing a solo show.  We start building from there. Drums, bass, re-record acoustic guitars, then vocals and other instruments. The finished songs are definitely more listenable and drive pretty hard.”

At The Station focuses on a microcosm of Lockett’s world, the mortality of his parents. The title cut is a goodbye letter to his mother who has end-stage Alzheimer’s. (His Dad died in December 2020 on the 60th anniversary of his marriage to Lockett’s mother).  “Loss is a big theme.  So is anger. So is love for this life, come what may,” he observes. “Short answer-mortality, joy, and the path forward through the wreckage. Long answer-I bring to this album the appreciation for being alive, and the desire to share thoughts and songs and experiences with people with more experience, energy and hope than I have had in years. This ain’t no Pollyanna hope, either.  This is hard-won, looked into the abyss, came back wanting to play more music kind of hope.”

They give it much more impact than the purely acoustic demo I recorded. They make the song hit harder, and it needed to hit hard. It’s very much a protest song influenced by Woody Guthrie’s “Plane Wreck at Los Gatos (Deportee).” I saw photos of field workers harvesting the food everyone eats when it was 110F with smoke from the wildfires rising over the mountains in the background. That hit me hard.

I often work outdoors in similar heat – 126F is the hottest location I’ve ever worked outdoors – but it’s not bent-over harvesting crops for low wages. Collectively, we look the other way from the labor abuses of the agricultural industry. We call them ‘essential workers’ during the pandemic, and ‘unskilled labor’ from corner offices when placing their labor on a line item. It’s nauseating. There will be a reckoning on farm worker labor rights and the food supply chain in the is country someday. It’s long overdue.