The Nitty Gritty Dirt Band under his leadership has long mixed elements of country, bluegrass, folk, mountain music, and rock & roll into a sound that celebrated the full range of American music. 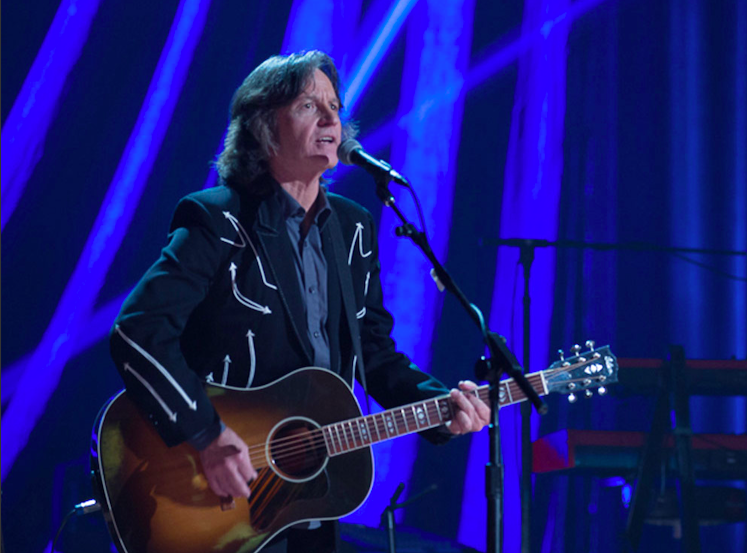 Jeffrey R. Hanna was born in Detroit, MI on July 11, 1947. His family moved around a bit and fifteen years later he found himself in high school in Long Beach, CA.  It was there he formed a jug band with some friends that become the first incarnation of the Nitty Gritty Dirt Band. Five years later, the NGDB recorded “Buy For Me The Rain” and it became a surprise hit, bringing the group to the nation’s consciousness. Appearances on the Ed Sullivan Show and in the movie Paint Your Wagon followed.

In 1970, the band released the album Uncle Charlie and His Dog Teddy. It contained the Jerry Jeff Walker-written “Mr. Bojangles,” their best known and still popular hit. “We just thought it was a brilliant piece of music and it belonged on our record,” Hanna once said. It propelled the group to stardom. There was something very appealing about the group’s telling the story of a once proud dancer who is now down on his luck. After dancing “for those at minstrel shows and county fairs” he now dances in honky tonks “for drinks and tips,” and still grieves over the death of his beloved dog twenty yeas later. Hanna’s vocals are an integral part of what makes the song so iconic. The Nitty Gritty Dirt Band’s recording of “Mr. Bojangles” was inducted into the GRAMMY Hall of Fame in 2010.

The NGDB’s landmark album Will The Circle Be Unbroken was released in 1972. The band partnered with bluegrass and country legends of the ’40s, ’50s and ’60s such as Roy Acuff, “Mother” Maybelle Carter, Doc Watson, Earl Scruggs, Merle Travis, and Pete “Oswald” Kirby and the result was an inspired and influential 38-song double album crossing generational and cultural rifts by bringing the new and old guard together. Will The Circle Be Unbroken has been inducted into the U.S. Library of Congress as well as the GRAMMY Hall of Fame. Two subsequent Circle albums were released in 1984 and 2002.

Hanna has written or co-written many of the NGDB’s songs. Sometimes with his wife, country singer Matraca Berg; sometimes with other members of the band. In 2006 his composition “Bless The Broken Road” won a Grammy Award for best country song. Other compositions include “Make A Little Magic,” “Bayou Jubilee,” “Modern Day Romance,” and “Dark Eyed Gal.”

An argument can be made that Hanna played a key role in bringing Americana music to the forefront. The Nitty Gritty Dirt Band under his leadership has long mixed elements of country, bluegrass, folk, mountain music, and rock & roll into a sound that celebrated the full range of American music. Hanna continues to lead the band and its eclectic sound. And it really doesn’t matter whether the group seeks to break new ground musically or give new life to well known tunes. Hanna and company enjoy the music they play, and when we listen we enjoy it too.