One of five releases this year by the irrepressible harmonica master/pianist/composer Corky Siegel! 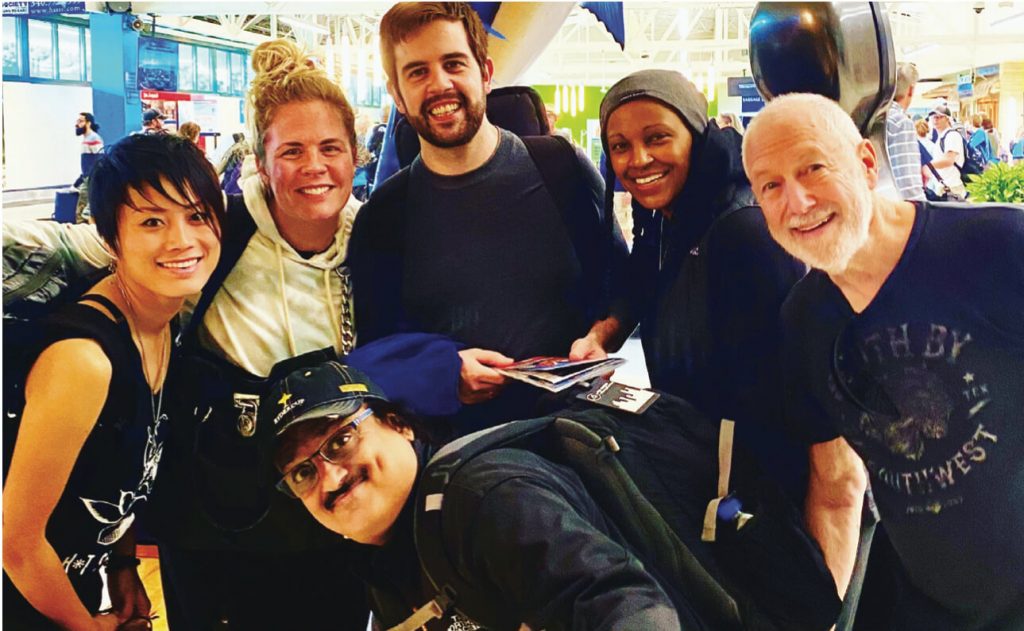 Siegel’s MORE Different Voices is more different than anything you might imagine and for more different reasons than what you might conjure. Always pushing boundaries, Siegel’s Chamber Blues experiment continues the compositional interweaving of blues and classical in the form of his blues sonata and concerto adventures. But again, he reaches across the musical spectrum to explore the joyful diversity of other genres.

“My memory is a thing of the past / my future is an unopened present.”  This rolling and reverberating title of Corky Siegel’s ‘memoirs in progress’ is a true reflection of a long, unusual and extraordinary career still going full esteem ahead.  As the Lone Ranger of the original ground-cracking genre known as Chamber Blues, Siegel has been bringing the diverse/opposing forces of both blues and classical music together, and blues and classical fans, shoulder to shoulder, for over 55 years, joyfully obliterating musical categorization and cultural boundaries in the process.

1965: Corky Siegel stumbles unknowingly into the hangout of the Chicago blues masters and before he can say “one four five” (classical 12-bar blues changes) he and his guitar partner Jim Schwall are hired to front the house band every Thursday night and host the very blues deities he’s been idolizing on his hallowed recordings, including Howlin’ Wolf, Muddy Waters, Willie Dixon, and Little Walter. From under the wings of these music mentors Siegel and Schwall formed the Siegel-Schwall Band and within a year they were whisked up for another residency at Big Johns (known as ground zero of the American blues rock explosion).

And then it happened.

A blues player and a classical conductor walk into a bar.

1966 … this fellow used to come into Big John’s night after night and stay all night. Apparently he’s a big fan of our music. One night he comes up to me and says; ‘Corky, I’d like your band to jam with my band.’  I’m thinking; Who is this guy and what is his band? He was the renown Maestro Seiji Ozawa and his band was the Chicago Symphony Orchestra.

From Siegel’s historic performances as blues harmonica and piano soloist with major orchestras, beginning with his 1968 debut with the Chicago Symphony, he continued to bring blues and classical audiences together collaborating with the New York Philharmonic, Boston, Philadelphia, Suisse Romande, NHK Japan, San Francisco symphonies (38 orchestras and counting), including a Great Performances on PBS and two historic “American Classic” albums on Deutsche Grammophon. Siegel did this all while road-tripping with his blues band (RCA, Vanguard and Alligator recording artists) Siegel-Schwall, his solo singer-songwriter performances, and his Chamber Blues ensemble, while composing works that weave blues and classical flavors together taking everyone places they’ve never been before.

In 2017 Siegel launched his 6th blues/classical album, Different Voices, and with so much critical acclaim and so many still unrecorded centerpiece favorites in their regular repertoire of Corky originals, it was a springboard for MORE.

Not to be outdone by his own prolific creative moments including all his more than 150 video productions during the Damnpandic, Siegel has also just released, or is about to release, for the first time digitally; Chamber Blues – Complementary Colors (from 2001), Solo Flight (Siegel’s singer/songwriter album 1975-1980) and a brand new solo album and CD; Somethin’ Wrong with three other albums on the back burner.