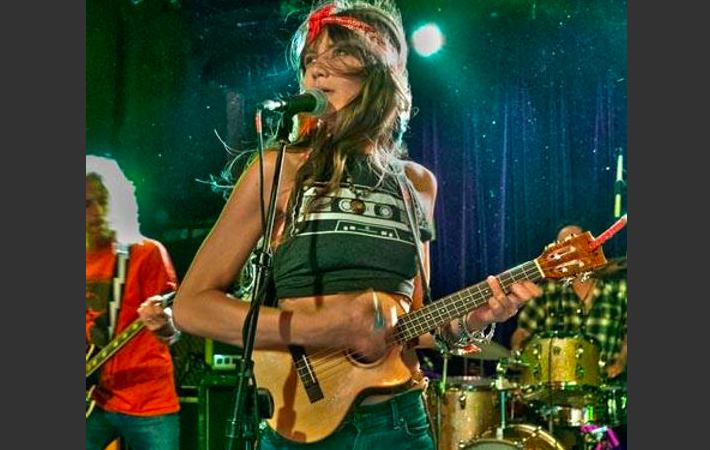 Nashville-based singer-songwriter Raelyn Nelson has been quoted as saying, “If Loretta Lynn and Joan Jett had a baby, it would be Raelyn Nelson.” Her Grandpa, who the world knows as Willie Nelson, bought her a Martin guitar at the age of 14. She still writes her country and folk songs on that cherished instrument, and also incorporates a ukulele into her stage act.

More than the family name, Raelyn Nelson and her band’s unique sound and commitment to loyal fans is what has bolstered their reputation. Though they’re anything but new to the scene, they continue to make new impressions along each stop on their 2021-2022 tour across the United States and their new single, “Free.”

“Free” has a special place in Raelyn Nelson’s heart as it has truly been her labor of love. She states, “I wrote this song right after my divorce. There I was stuck at home with 3 youngins, 2 dogs, 5 cats, 3 hamsters, 2 birds, and a fish; which I feel like everyone can relate to after the last two years we’ve all gone through.”

As a self-proclaimed Britney Spears’ Super-Fan, Nelson was inspired by the struggle for freedom that Britney Spears went through over the years. “The Free Britney Movement” made a significant impact on Nelson, as well as the world. The video features recreations of Spears’ most iconic outfits and music video sets through the years. “Free” may have been inspired by Nelson’s experience, the “Free” video is a love letter to the inspiration Spears has given throughout her career.

As an emerging female country artist in Nashville, history suggests that the quickest path to success is somehow aligning oneself with one of the major publishers, producers, songwriters, labels, or managers that are the heart of Music Row.

Looking for a place to record these songs, a mutual friend suggested JB – (Jonathan Bright), a veteran of the underground rock scene and independent producer. After recording some of these early songs, they decided to try to write some things together and see what happened. The result? A completely fresh and original sound, a true hybrid referred to by some critics as “Country/Garage Rock.”

When they aren’t recording their songs or making music videos, they are on the road taking their high energy live show to the people. Having shared the stage with such diverse musical acts as country superstar Tim McGraw, indie rock icons Drivin’ n Cryin’, and jam band supergroup Hard Working Americans, the band is proving that you don’t have to fit squarely into any particular “genre” to reach people.

Nelson doesn’t have much desire to be a solo artist. “Everyone in my family who plays music has always placed a lot of importance on band chemistry, on stage, off stage and in the studio. Our band can almost read each other’s minds. Why would I mess with that? We try to keep it simple: Write songs we like, record them, make a video, then go out and play them for people.”