"There is a creative and dynamic aspect to good coding/programming. So, some software might be simple Rock & Roll, while in other projects, you might combine styles and end up with 'In a Silent Way' which is a Miles Davis album." 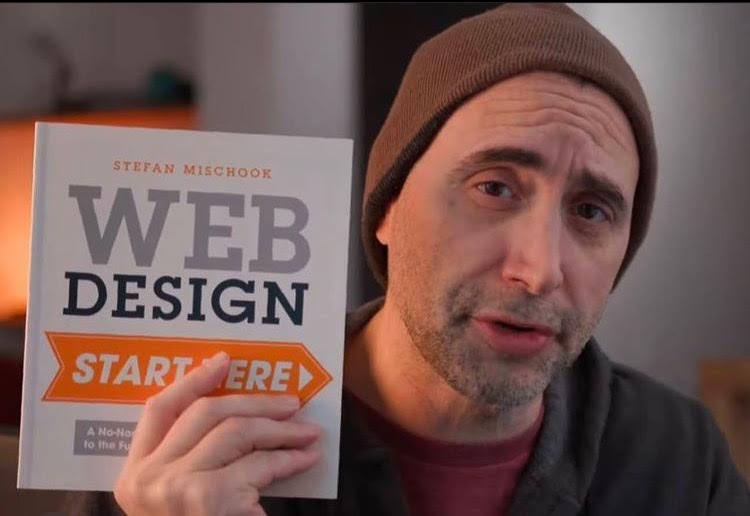 Stefan Mischook is a drummer/musician, successful YouTuber, writer (Web Design Start Here), and computer programmer. He started building websites in 1994 and has been involved in projects both large and small in webspace, and has built many websites and web applications while learning nine programming languages along the way.

Stefan says of his drumming, “I played daily for many years, as a form of meditation and I did a lot of jamming and practicing with a couple of bands.” Currently, his YouTube channel has 224,000 subscribers where he teaches programming in a unique way comparing programming to music and combat sports along the way while simplifying coding.

Today he focuses on the teaching aspects of computer programming through Uncle Stef’s Developer Bootcamp, Studio Web, and his YouTube channel.

Can you talk about your musical background and drumming experience?

I started playing the drums to improve my timing as a fighter. I trained in martial arts for about 25-30 years, and timing is a huge part of it. By learning to drum, I improved my timing a lot. Fighting is kind of like a jam, where when you have ‘time,’ you know when the changes will happen.

Same thing in the ring, once you figure out your opponent’s time signature (all of us have a natural rhythm), you can literally catch them as they are initiating a move. In fact, you can actually predict when they will move. Once you’ve read your opponent’s time, they are finished. That said, my drumming over time became an important thing in my life, a hobby and a meditation.

For many years, I would play daily, working on new patterns, and learning to use my little Fibes jazz kit to bring out different sounds. My purdie shuffle still sucks. Imagine Bernard Purdie (American R&B Drummer), extremely intoxicated after three nights of partying.

How and why did you get into computer programming?

In 1994 my brother walked in and said, “You should put up a website for your business.” I said “What’s a website?” So, I learned HTML and built one of the first websites on the Web. Later I started building simple ‘contact us’ pages, and later ‘dynamic database driven websites’ as we used to call web apps.

What would be a good first language for a musician who has never coded before?

I would suggest learning the Webstack so you can build yourself a website for your music to live. So that means HTML5, CSS3 and a touch of JavaScript.

I’ve heard you mention that coding is similar to playing jazz. Please explain.

There are rules to music, chords, and scales, but then you have to learn to play what works and what sounds good for the moment, writing code is like that too. You have to know your fundamentals well, and the design patterns of development are kind of like jazz vs rock vs blues but then you dynamically use what you know to produce software based on the need at the time.

There is a creative and dynamic aspect to good coding/programming. So, some software might be simple Rock & Roll, while in other projects, you might combine styles and end up with In a Silent Way which is a Miles Davis album.

Also, you mentioned that being proficient in multiple computer languages is like a musician who can play any song. Can you talk about this?

As I experimented with different styles of music on my kit, it gave me more and more insight into drumming. Same thing with software; with each new language you learn, your understanding of the language deepens.

I am not a pro musician by any stretch of the imagination but I play the drums, have time, and can play some chords on guitar. I know enough though, to see how it relates to coding and combat sports.

Who are your favorite musical artists and do you have any favorite albums?

Depends on how I feel. When I was a kid, it was Zeppelin, Doors, Sabbath, Yes, King Crimson, Santana, Bowie, Beatles, Davis, Wagner, Mozart, and so many more. Recently, I’ve been appreciating the new wave music of the early ’80s (something I did not like then) simply because I really appreciate people who do new things. Like it or hate it, new wave was innovative for its time.

With streaming services, there is so much you can listen to these days. I am a bit of an audiophile though, insisting on 24-bit digital or Japanese vinyl pressings.

Do you have a favorite computer language and if so, why?

No favorite language as of now. It was Java in the 1990s and early 2000s, because it was stable and productive. Now I would not write anything new in Java, unless I had too. It is way too verbose and takes time to get anything up and running. I prefer lighter, nimbler languages like JS, Python and PHP. But again, it all depends on the project.

Can you talk about the books that you’ve written and your programming mentoring program?

I wrote a book called Web Design Start Here. It was written to get people up and running in the basics of web coding and more importantly, to give the reader an understanding of the Web and the infrastructure that you are working in, as you write HTML and CSS. Context is very important. I’ve been toying with writing another book based on a course I put out Lizard Wizard, but I am not sure when I will find the time.

My mentoring program (unclestef.com) has developed organically. I have refined it over the last two years based on the needs of the group. I teach everything you need to be a commercially viable programmer, in terms of the coding, but the program goes way beyond that. I get into job skills, freelancing, money management, project management and even psychology. It’s a lot of fun working with people of all skill levels.

I have total beginners through to people with 20 years’ experience as programmers ranging from all parts of the world. We also have a wide range of what they want to specialize in: web design, web development, Python, Node, and WordPress.

What’s next for you and what else do you want to accomplish?

My main focus is Uncle Stef’s Developer Bootcamp. It is a mentoring program and I continue to refine it. My goal is to transfer my thirty plus years in business, programming, and overall life experiences so people can avoid all my fuckups. One thing I tell people is if I dwelled on all my past financial and personal mistakes, out of pride, I would have to kill myself. So, it is probably best to not dwell on one’s past mistakes.

I also continue to work with many schools/districts with StudioWeb.com. Video is my new hobby. I have two thousand plus videos just on YouTube and I want to up that game in every way – picture quality, composition, and sound delivery. I have work to do. I find myself watching movies for videography as much as anything else. I pay attention to lighting, camera angles, composition, and sound. It’s another hobby.

Like with music, martial arts, programming, and business with video, the fundamentals separate the pros from the amateurs. That said, I still manage to spend too much money on cinema cameras and super expensive microphones.