Williams played his infamous 9-string guitar and sang on all the tracks, writing them all as well with the exception of two Sleepy John Estes songs and one Charley Patton tune. 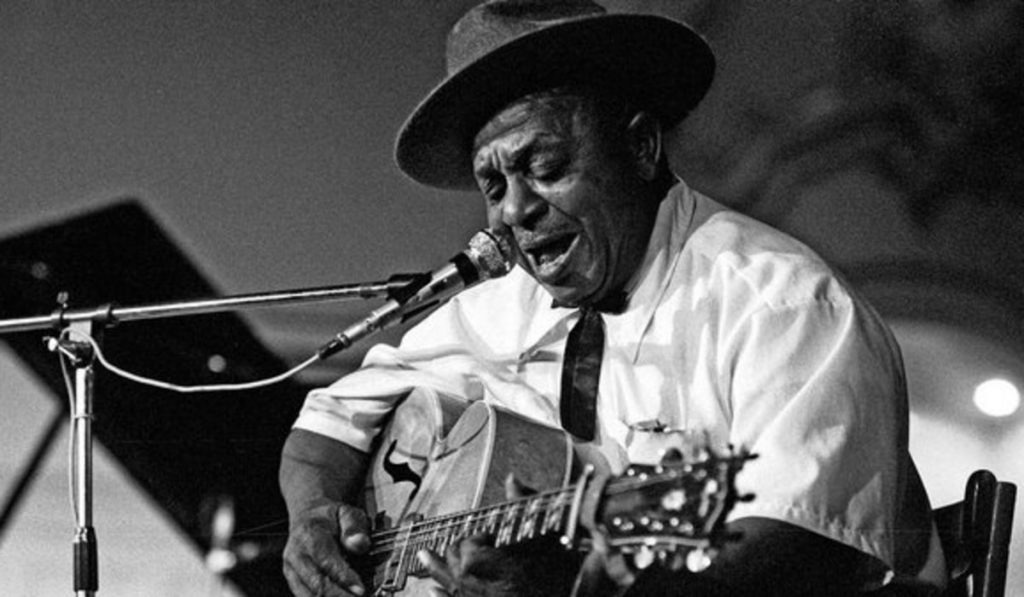 Welcome to Windy City Wednesday. This newest offering from American Blues Scene will share classic and sometimes forgotten blues albums from some of the most iconic Chicago blues men and women ever to grace wax. This edition focuses on the album Piney Woods Blues by Big Joe Williams.

The blues are colloquial. They are sung in sometimes unintelligible accents, because they are the naked, unpolished, expression of unpretentious people. But great poetry is uttered in blues lyrics. Metaphors loaded with layers of meaning. Humorous double-entendre. Beautiful imagery. Powers of description and phrasing worthy of study in anybody’s literature class. So it is with Big Joe Williams’ album, Piney Woods Blues.

After traveling around Mississippi, Tennessee, and Missouri, recording singles for Okeh, and Bluebird, Williams settled, for a time, in Chicago where he recorded his first solo album, Piney Woods Blues, in the winter of 1958. The first five tracks, recorded at the home of Paul Bridenbach on January 10th, included a recorded interview with Williams, conducted by Bob Koester and John Hartford. The second session of four tracks, recorded on February 8th, at Blue Note Record Shop included J.D. Short on harmonica and second guitar. The final session was also at Blue Note on February 18th.

Williams played his infamous 9-string guitar and sang on all the tracks, writing them all as well with the exception of two Sleepy John Estes songs and one Charley Patton tune.

Between the boards of this album will be found the music and the personality of Joe Lee Williams, traveler, musician, vocalist, composer, lover of life, teller of tales and dealer in mysteries. When Piney Woods Blues was first released in 1960 his exact whereabouts were unknown. On this album, his first as a leader, Joe played a battered six-string guitar with one of the tuning pegs damaged beyond repair. He added a flange with four additional pegs to make his unique 9-stringed instrument. The important thing is that Joe knows where to find the notes he wants – and that he always seems to want the right one for the emotional content of the lyrics he happens to be singing.

Williams died December 17, 1982, in Macon, Mississippi at the age of 79. He was buried in a private cemetery outside Crawford, near the Lowndes County line. He was posthumously inducted into The Blues Hall of Fame in 1992.