Patty Tuite Shares Her ‘Hard Case of the Blues’ 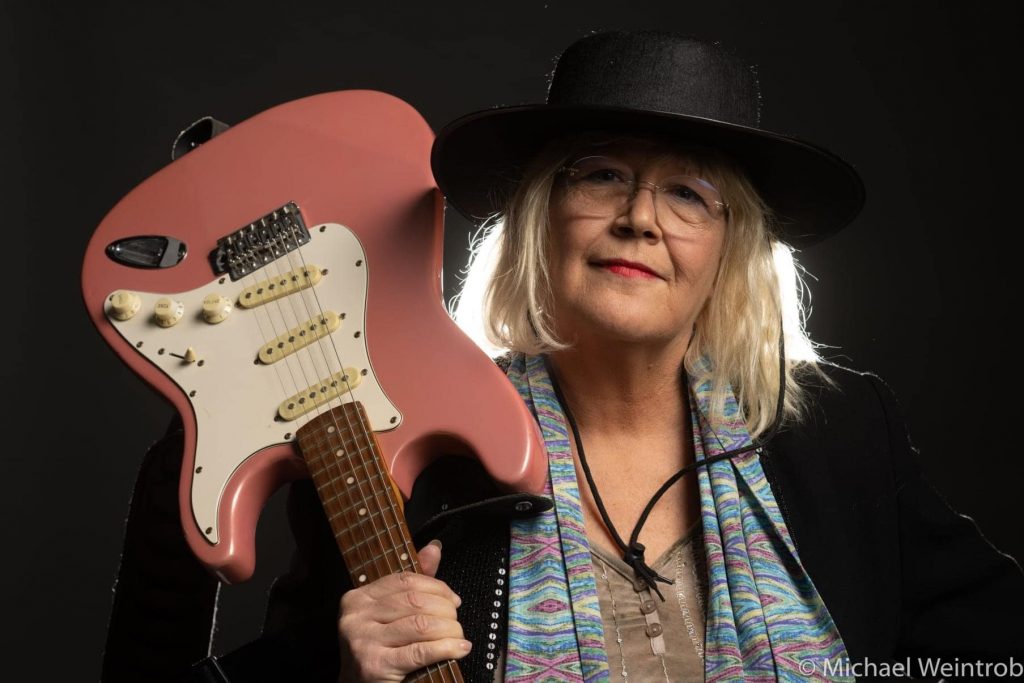 Patty Tuite is a singer/songwriter who embraces the genre of blues, rock music and beyond.  Strong influences in her style come from listening to notable artists such as Bonnie Raitt, Ella Fitzgerald, Etta James and Susan Tedeschi.

Already having three highly acclaimed releases to her credit, Patty has just released her latest recording, Hard Case of the Blues, which features a fantastic array of new material.

Hard Case was produced by Grammy award winner Paul Nelson, who also plays electric, slide and acoustic guitar on the album, to the excited expectations of her ever growing, world-wide fanbase.

The collection of original songs ranges from traditional blues to honky-tonk to rock to New Orleans blues. By cooking up this diverse, rhythmic, sonic stew, Tuite has created a blues gumbo sure to satisfy any palette.

Tuite started at a young age listening to her mom’s piano playing of hymns, musicals and Boogie Woogie and began playing piano before the age of 5.  Patty began playing guitar at 17 years old focusing on finger-picking and rhythm and learning Folk music and singing. In the 1980’s she began listening to blues musicians and emulating their styles.

She began playing guitar out in public and singing at open mic sessions in Springfield, MA during the early the early 1990’s.  This led to her first well received live recording in 1996 Live At The Tic Toc.

Her first blues-based band, The Patty Tuite Band, formed in 1999, playing throughout the Southern New England region, gaining fans at clubs, functions, and summer concert festivals. This experience led to her second recording Girls Night Out in 2001 and then Blond and Blue in 2007.

The band competed in the finals of the Connecticut Blues Society (CTBS) Blues Challenge in 2001 and 2005. Due to her showing at the CTBS statewide competitions, two of Patty’s originals were included on the CTBS compilation CDs, Local Flavor (2003) and Blue State Blues (2007). She also became a judge for the CT Blues Challenge on two occasions.

As well as playing blues from 2007-2017 with two more bands, the Boilermakers and the Percolators, Patty branched out into jazz and played with an eastern CT band, Blue Steam, in 2012. It was a creative and expansive collaboration together, not only playing standards, but reinterpreting popular songs with a jazz bent.

In 2016, Patty created The Patty Tuite Group, playing a mix of originals, blues, jazz and rock favorites.   They played some of her original material live for the Northeast CT Musicians Collaborative which was aired on Spectrum TV in 2018. The band became very active playing local clubs throughout Southern New England.

When Covid lockdown requirements started, Patty continued writing new songs and started “back-yard” practices in the summer of 2020 performing the new material and sharing videos with her fans.  This was the group that then went into the studio in December 2020-January 2021 to complete the new music for Patty Tuite Consider This.