'Black Magic' was released only days before Sam’s untimely passing on December 1, 1969. 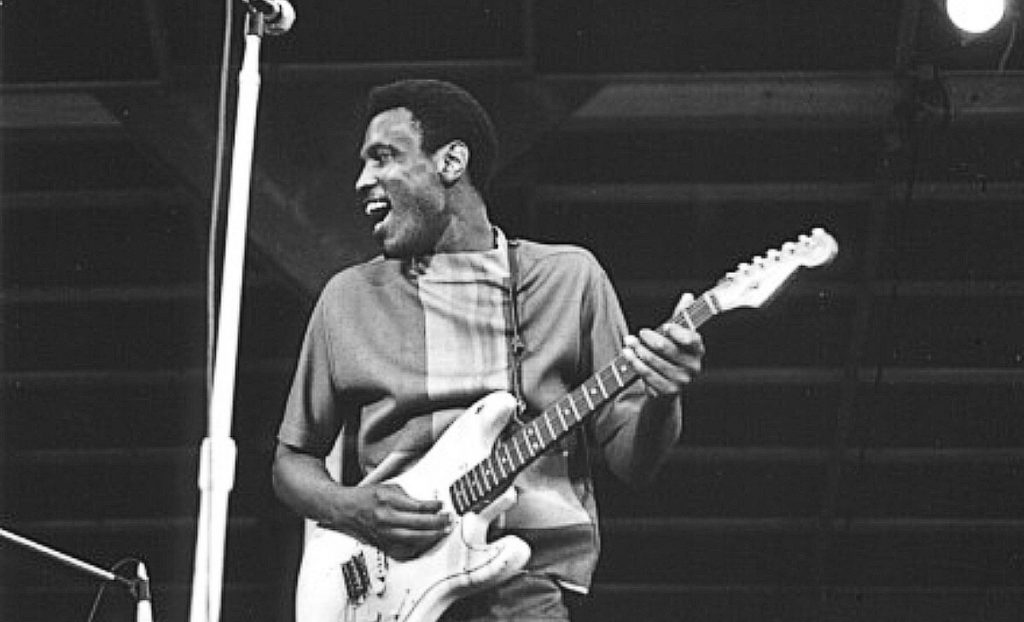 Welcome to Windy City Wednesday. This newest offering from American Blues Scene will share classic and sometimes forgotten blues albums from some of the most iconic Chicago blues men and women ever to grace wax. This edition focuses on the album Black Magic by West Side blues great Magic Sam.

Black Magic was the second album recorded by Magic Sam for the Delmark label. Recorded on October 23 and November 6, 1968, Black Magic was released only days before Sam’s untimely passing on December 1, 1969. Delmark released it under the name Magic Sam Blues Band, and it was a follow-up to his highly influential studio debut, West Side Soul.

Samuel Gene Maghett was born on February 14th, 1937 in Grenada County, Mississippi. He learned to play the blues by listening to records by Chess label mates Muddy Waters and Little Walter. When he moved to Chicago at the age of 19, he was already playing well enough to get gigs in local clubs. Although his first few singles on the Cobra label didn’t chart, the influence of his music as well as that of Buddy Guy and Otis Rush, was being felt all through the blues world. The three musicians had created a new electric blues sound, that of Chicago’s West Side.

Most of the guys were playing the straight 12-bar blues thing, but the harmonies that he carried with the chords was a different thing altogether. This tune “All Your Love”, he expressed with such an inspirational feeling with his high voice. You could always tell him, even from his introduction to the music.

Still riding high from the success of West Side Soul, Magic Sam kept the same soulful recipe of primarily cover songs when he recorded Black Magic. Mighty Joe Young appeared on both records as did drummer Odie Payne. Mac Thompson played bass on the all the Black Magic tracks where he had only played on three West Side Soul songs. Lafayette Leake played piano on Black Magic, but the main difference between the two albums was the addition of Eddie Shaw on tenor sax.

Magic Sam was posthumously inducted into the Blues Hall of Fame in 1982, and Black Magic in 1990 in the category Classics of Blues Recordings – Albums.