From the upcoming album 'For Work or Love' scheduled for release on September 16th, via Jullian Records 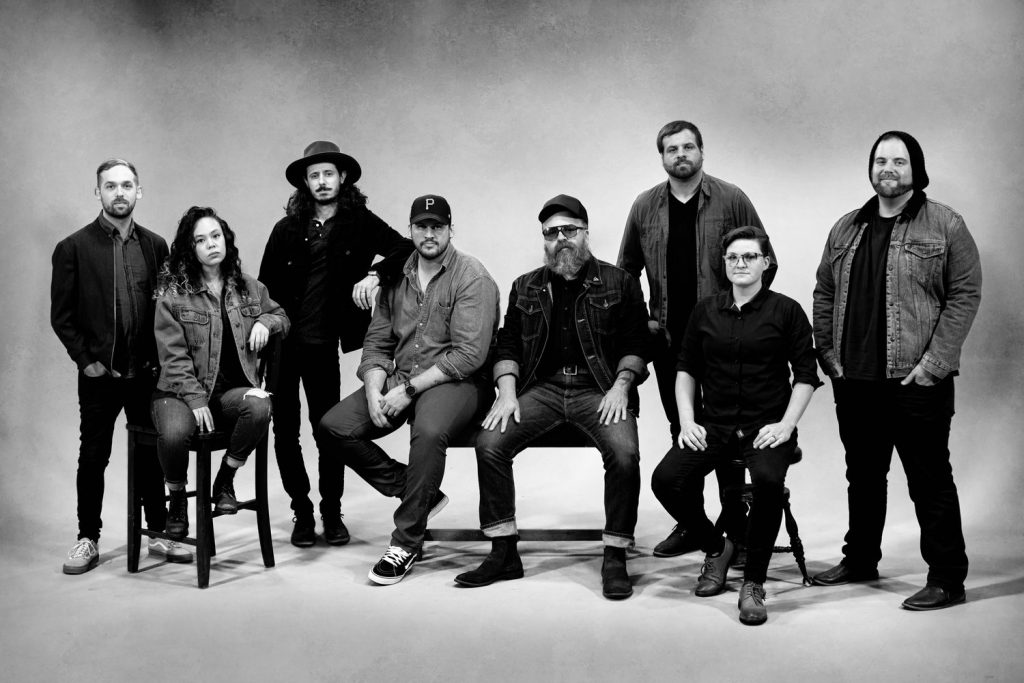 Pittsburgh’s beloved roots/soul big band The Commonheart just dropped the new video for “Trying to Get Over” from their upcoming album For Work or Love, and it is a doozy.

For Work or Love was produced by Steve Berlin of Los Lobos, with who the band toured in 2017 and formed a musical bond with. It hits stores on September 16, 2022. The band will be on tour this fall, including a performance during Americana Music Fest in Nashville.

Live and in the studio, the Pittsburgh-based collective offers feel-good positivity, Golden Rule messaging, and sweat-soaked performances that nimbly ease through blues, vintage soul, and rock. The band is bonded by familial-like ties and a desire to foster spiritual uplift. Among its ranks are female backup singers, drums, bass, guitar, a horn section, and keyboards. Out front is Clinton Clegg, a lightning bolt charismatic frontman with dynamically expressive pipes that effortlessly traverse bluesy pleading and honeyed balladeering.

Directed by Bradley Atom, “Trying to Get Over” when it’s time to move on and the story is near its finish you may as well bob your head. This grooving blues track features fat blues guitar and a driving hypnotic rhythm that won’t quit.