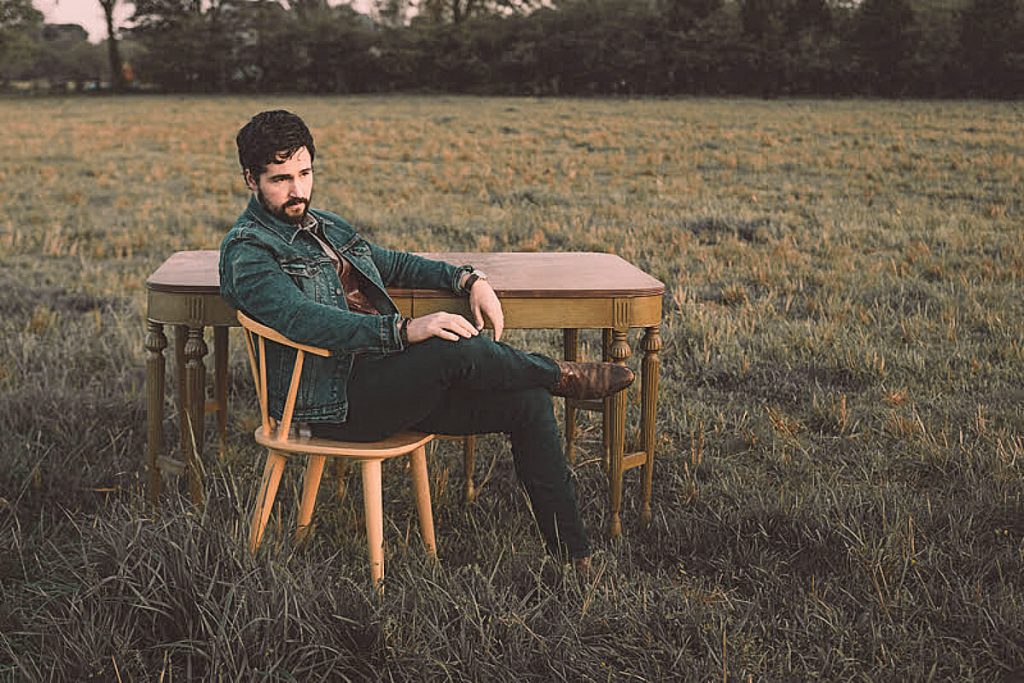 It’s been a long road to here for songwriter Bobby Cool. Just over the last few years, especially during an industry-wide shutdown, Cool found himself working as a janitor, radon inspector, and flooring salesman to make ends meet. Before that, he honed his craft in Athens, Georgia, dive bars before making a move up to Nashville’s club scene.

Every step of the way, though, Cool collected bits and pieces of everyday life stuff; memories, anecdotes, tall tales, and true stories. His superpower? Bringing all of those small moments back around and telling them in a way that makes listeners feel as if the tunes were written just for them. Cool has now released his latest collection of ten well-crafted stories as an album called Family Time.

Throughout Family Time, it’s clear that Cool revels in telling a good story as much as he does in trying to live one out. He sings songs that reach listeners wherever they find themselves in life, touching, healing, and embracing them with music that fills their hearts and reminds them that life’s most important events happen on family time.

At the end of February 2020, Cool and his producer Adam Haynes (bluegrass fiddler for The Grascals, Dailey & Vincent, and others) tracked 13 songs over the course of two days. Two weeks later, the world would shut down and a two-year journey would commence to release into the world what would finally become Family Time. On this album Cool shares musical snapshots of small and large moments that define family life and captures intimately the grooves and creases, the craziness and the humor, the regrets, and the celebrations of living together in songs that resonate so deeply we feel as if he’s written them just for us.

After the album opens with “American Dream,” a bright country rambler, “Waffle House” follows and rollicks with a high-stepping rhythm that floats along dazzling pedal steel runs and a shrewdly told story about the ways we often return to our roots even after we’ve left them behind. The song began when Cool heard about the golfer, Bubba Watson, celebrating his victory at the Masters with a trip to the local Waffle House. “We ate at Waffle House all of the time too, so it became a story of a guy ‘hitting the big time’ but not forgetting where he came from,” says Cool.

Shimmering guitars cascade over glittering dobro runs in the stirring country anthem “Waves of Grain,” which evokes Garth Brooks’ and George Strait’s songs for every man and every woman. Sparse guitar finger-picking opens the Willie Nelson-like “Crazy,” an earnest story about the craziness that lives in the shadows in all families and that comes to light when we least expect it.

“My Love,” a nod-and-a-wink to love songs everywhere, is an exuberant dance song fueled by fiddle and dobro runs skittering around guitar strums and Cool’s celebratory vocals. The heart-rending “Stella” opens sparsely with Cool’s tender vocals before circling higher and higher into a steel-drenched guitar ballad about facing the challenges of life in sometimes difficult circumstances. “Join the Party” begins as a slow gospel-inflected tune that opens up into a joyous dobro-filled celebration of life, family, and friends, while “Perry Street Blues” rides high on an Alan Jackson-like country honky-tonk vibe, floating along a river of keys and piercing lead runs and transporting vocals. The rollicking “You in Mind” motors along with a jangly country-rock sound, with tinges of Bruce Springsteen and Brad Paisley-like psychedelic lead-guitar runs thrown in for good measure, celebrating the depth of love a man feels for a woman.

Family Time closes with “Battle of the Lion King” which marches in on rolling snare drums, roaring across the plains, mimicking the sound of a group marching into battle, and builds with blustery guitars swirling around the drumbeat like clouds of dust. Echoing the allegorical tale of Don McClean’s “American Pie,” Cool’s song plays off his imaginative vision of the world around us and leaves you with the sense that, in a tale often seen on the silver screen, there’s more than meets the eye.