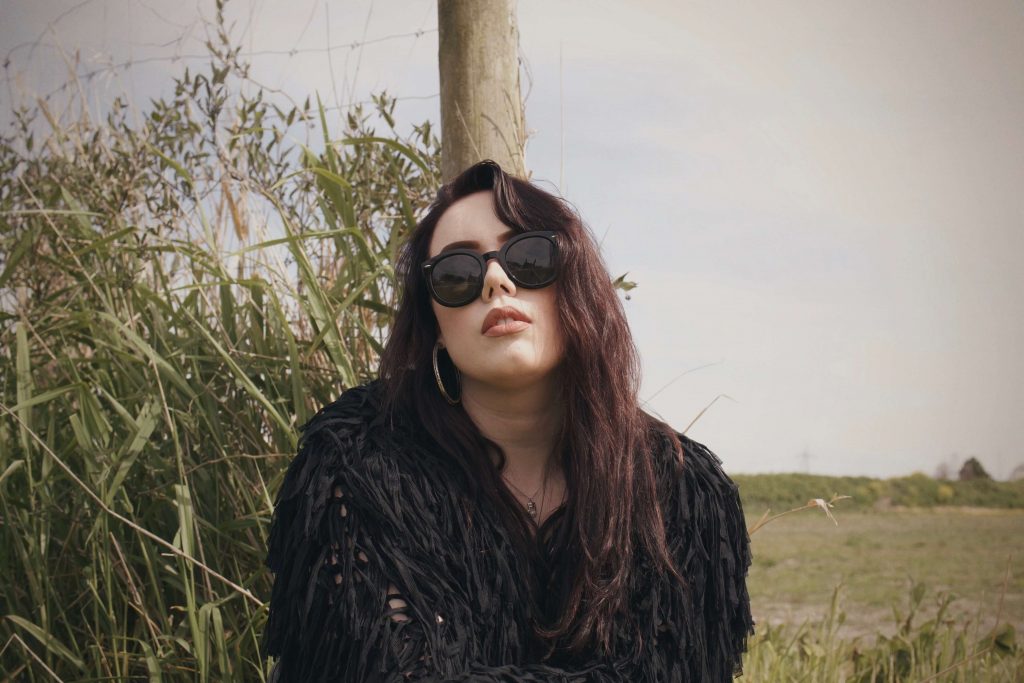 Vancouver-based blues-rock artist Syd Carter West shares the music video “Moonshine,” a blues-rock track which depicts her journey as an artist and a reflection of her growth. Her latest single reintroduces the singer-songwriter in a new light as she transitions deeper into the rock and blues world.

The fear of disappointing others, feeling alienating and judged is something I still live with daily, so I wanted to write a song that reminds me of what joy, empowerment, and unapologetic openness feels like.

In the video, West puts aside limitations and ventures on a path of self acceptance and empowerment. Full of symbolism, the illuminating music video shares cruel words that used to dim her shine, while she confidently discovers potential in her imperfections.

From hushed intimacy to audacious authority, Syd Carter West possesses an extraordinary voice. Her artistry maps a fertile musical crossroads where Blues Rock and Americana ignite with the bravado of Seventies arena rock. Finely tuned narratives and expansive melodies match the fierce and soulful vocals of the Vancouver based singer-songwriter.

By age 12, Syd was following a musical path as an opera student with vocal training and music theory studies at the Royal Conservatory of Music. Conveying words that audiences may not understand in multiple languages taught her to translate drama through eye contact and body language, techniques that she now employs on stage and in videos.

She has always been a storyteller. It was this poetic imagination that illuminated her path from young opera diva to an accomplished lyricist. The songs are brought to vivid life in the studio.

“Moonshine” is introduced with dynamic instrumentals, accompanied by powerful, yet smooth vocals. West’s instrumentals and vocals emphasize her transition into a heavier, rock-forward sound, allowing her to fully embrace the rocker she was always meant to be. The steady tone draws attention to the lyrics, which hold a deeper meaning for her.

“Moonshine” embodies my self acceptance and profound realization that what was once my pain and destruction no longer belongs to me. It tells the story of my personal growth and a friendly reminder of the joy this growth brings me. I wanted to create a video that could shape the visual of that feeling.

Listeners can hear, through the intertwining lyrics and instrumental track, to recognize the deeper meaning behind her new single: her growth. The track features instrumentals and production by John Ellis.

Directed by West herself, “Moonshine” was filmed and edited by Kaj Falch-Nielsen via Blue Light Studio.

A provocateur, a magnificently expressive vocalist and a deeply evocative songwriter, Syd Carter West arrives as a new artist with commanding courage and disarming authenticity. “I’m still discovering myself,” she concludes “Genuine, and a little quirky — I am an open book.”

The energetic, catchy single is available for download and streaming on digital platforms worldwide.