For those who are new to exploring the depth and range of jazz, these five reissued titles from Candid Records are a great starting point. 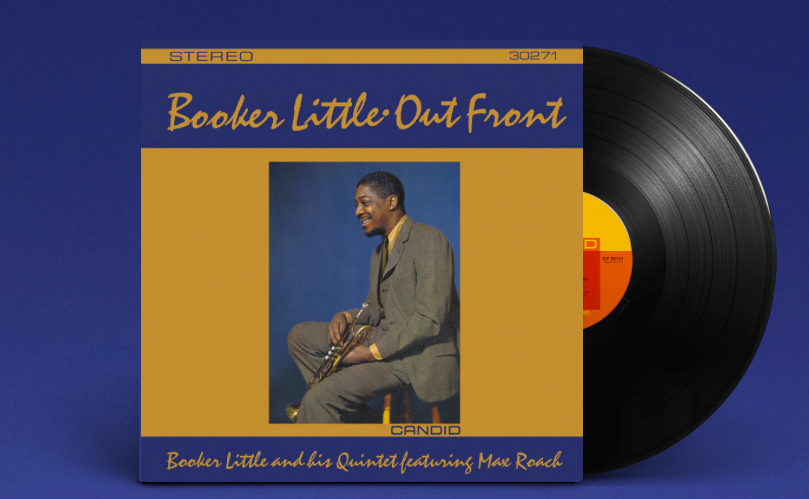 Candid Records is doing it again. The legendary label was first launched in 1960 by American bandleader and songwriter Archie Bleyer as a subsidiary of his Cadence Records. The label produced an impressive catalog in its short existence. Not surprising, given the impressive list of artists who recorded for the label. The label was re-launched in April 2022 with five historic titles from its illustrious back catalog. Candid Records is doing it again by reissuing five more titles from its heyday.

All five titles were produced in 1960/61 at Nola Penthouse Studios in New York City by the label’s esteemed A&R director Nat Hentoff and released in 1961. They have been remastered by award winning audio engineer Bernie Grundman directly from the original tapes for CD, streaming services, and 180-gram vinyl. Mark Wexler, head of Candid Records, says “…it is our goal to not only present them to jazz aficionados, but to introduce an entire new generation to these legendary artists who helped define America’s greatest art form we call jazz.”

First up is Pee Wee Russell & Coleman Hawkins Jazz Reunion. Russell (saxophone) and Hawkins (clarinet) were respected elder statesmen in the genre at the time of the session. Despite earlier collaborations, the two had not recorded together in 32 years. Even though each had their own unique and distinctive style, the two blend together nicely, both enhancing the other’s sound resulting in something that is more than the sum of their parts.

On the first track they revisit “If I Could Be With You (One Hour Tonight),” a song they first recorded in a classic version back in 1929. Although over thirty years had passed since their original collaboration they still managed to make it sound fresh and new. Other tracks on the album include “28th And 8th,” “All Too Soon,” and the classic “Tin Tin Deo.” If “28th And 8th” sounds like an address, well… it is. A new apartment building was going up there at the time the song was written and Russell planned on moving into it once it was completed.

Color Changes by trumpeter and flugelhorn pioneer Clark Terry is the second title in the reissue. For those not familiar with the flugelhorn, listen to “Brother Terry” and “Flutin’ And Fluglin’.” Terry’s range of sound and feeling on the horn is on full display throughout the album but nowhere as starkly contrasted as on these two tracks. Terry’s influence on Chuck Mangione and later jazz flugelhorn masters is apparent.

As a historical aside, Terry was the first African-American to become a regular in a band on a major US television network when he signed a contract with NBC and became a member of the Tonight Show Band. He played under the direction of first Skitch Henderson and then Doc Severinson for ten years until 1972.

Cecil Taylor’s The World Of Cecil Taylor pushed the envelope of what jazz was considered to be in the mid-20th Century. Taylor utilized a percussive approach to playing the piano, both belying and building on his classical training at the New York College of Music, and the New England Conservatory of Boston. Nowhere is his ability to evoke the feeling promised in a track’s title more evident than on “Lazy Afternoon.” A close second would be “Air,” the leadoff track on the album.

Jazz is about having a conversation through music, about telling a story through the feelings evoked by the music. Booker Little was a master at telling stories through music. Booker’s album Out Front in a sense is a storybook containing six tales and conversations. The album starts off with “We Speak” which Little intended as an opportunity for the musicians in his band to express “what they really wanted to say.”

“Man Of Words” describes the process a writer goes through – from blank page to giving life to ideas to polishing the final product – in order to create a written work. Similarly, “Hazy Hues” describes a painter’s process. Little was part of the “new wave” in jazz that was recognized in the mid-20th Century and used his technical knowledge of music to achieve more – and freer – simplicity in the art form. Sadly, Little passed away shortly after the release of Out Front.” He was only 23 at the time of his death.

Last but not least is Booker Ervin’s That’s It! The album comes alive from the opening notes of “Mojo,” the first track. Ervin named the song after the vintage voodoo charm. It gave him “a feeling of mystery, of out-of-the-ordinary power.” Listening to it one could say Ervin’s “Mojo” was definitely working. Interestingly enough, one of the best cuts is the bluesy “Booker’s Blues.”

More blues than jazz it is not quite fusion and showcases the influence the blues had on Ervin. The last track is entitled “Boo” and is named after Booker Ervin III, the saxophonist’s son whose nickname was Mr. Boo Boo. The tune captures the energy, agile playfulness, and high spirits of a child.

For those who are new to exploring the depth and range of jazz, these five reissued titles from Candid Records are a great starting point. For those who have long admired classic jazz artists, these titles are worthy of a space in your collection.