Check out the video for "Rain Catch Flame" from forthcoming debut album 'Skeletone Machine' out September 16! 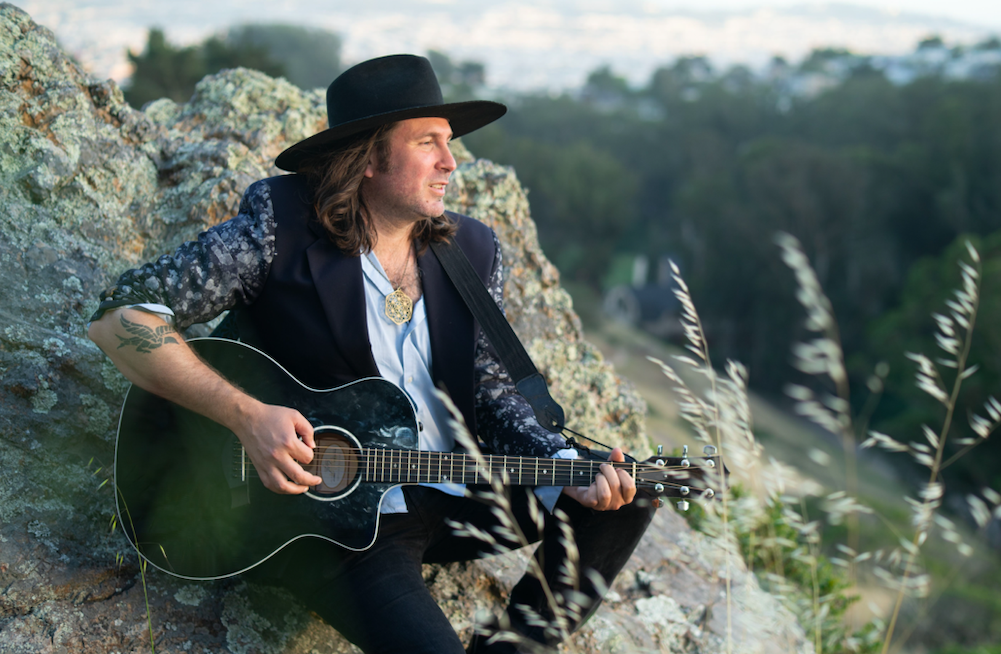 From the Chicago area, Eddy was raised on a steady diet of vintage blues records such as Muddy Waters, Howlin’ Wolf, Elmore James, Magic Sam, and John Lee Hooker – as well as the local punk scene. Like Johnny Cash, he has been everywhere. He’s been a wildland firefighter, and has wandered Asia and Europe with a guitar as his only constant companion. He’s played in Crimean bars and in an orphanage in now war-ravaged Ukraine.

He’s taken the long way, so to speak, to San Francisco where he has been fulfilling his lifelong yearning since 2016. The place he had traveled for his grandfather’s funeral as a child “is crazy still, but it’s beautiful,” he says. Eddy’s early, lonely days in the Bay Area birthed what would become Sweet Undertow, including the band’s evocative name.

A tiny cabin: she slept on a thick fur rug in front of a cast-iron stove, flames through the glass door licking wood. It was past midnight. I was awake, beside her, watching the rain. November is the perfect month in Oregon: darker, wetter, more alive.

I watched the fire and, through the window, the rain in the fir trees, and I watched her sleep and thought: You make the rain catch flame.

Skeletone Machine was recorded at the all-analog studio of producer John Vanderslice (Death Cab for Cutie, Deerhoof, Spoon) and finished the day before the 2020 lockdown.