“A Salute To The King” to feature the music of blues legend Albert King! 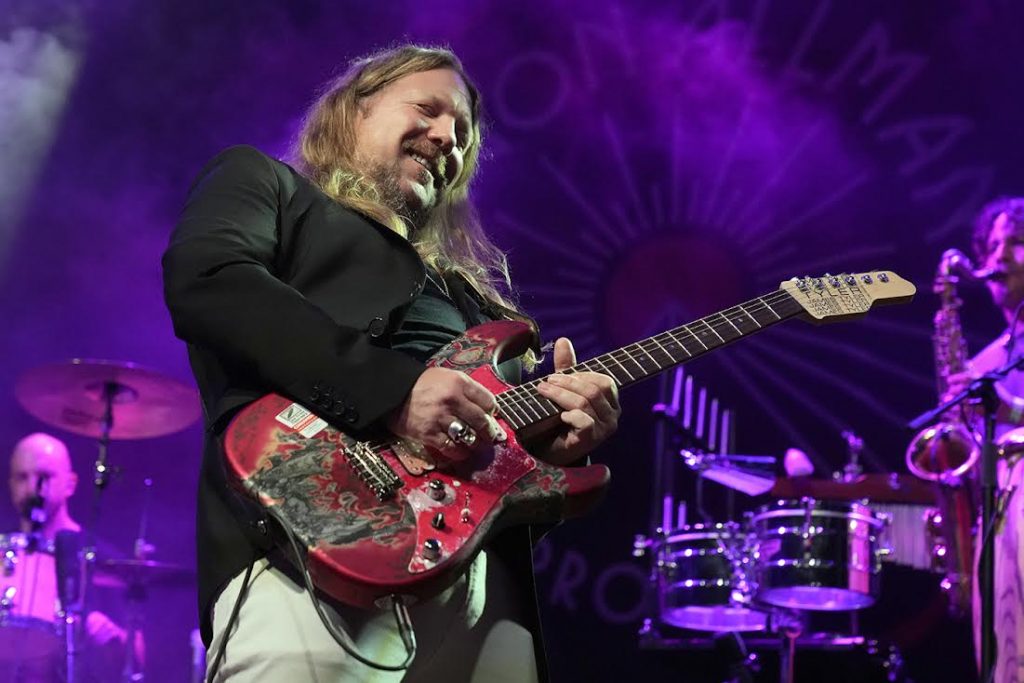 Blues and rock prodigy Eric Gales will join blues-rock icon Devon Allman for two special benefit concerts, presented by Gibson Gives, at the National Blues Museum (NBM) in downtown St. Louis, MO on Friday, October 7 at 7pm and 9pm. The concerts will also feature music by blues legend Albert King. Allman and Gales are generously donating all proceeds of this concert to the National Blues Museum to support the mission, music, and education programs.

Both legends in their own right, Devon Allman and Eric Gales bring more than 30 years of professional experience including a performance resume that reads like a who’s who in both rock and the blues. Allman, a true American troubadour and son of Gregg Allman, is one of the most innovative musicians, record producers, and tour organizers of the last 20 years. In addition to his projects and performing countless shows worldwide, Allman has shared the stage with some of the most influential musicians of the 20th century, including Les Paul, Phil Lesh, ZZ Top, Lynyrd Skynyrd, Cornell Dupree, touring members of The Rolling Stones, George Porter Jr., and many others.

Eric Gales, whom Joe Bonamassa heralded as, “One of the best, if not the best, guitarist in the world today”, began as a childhood blues and rock prodigy and is one of the most influential guitarists of his generation. Gales has worked with many blues legends, including Keb’ Mo, and earned the admiration of guitarists such as Eric Johnson, Dave Navarro, Gary Clark Jr., and Zakk Wylde. Both performers represent two of the most unique and experienced voices in contemporary blues and rock music, demonstrating Blues’ evolution as a piece of living music.

Gibson, the iconic American instrument brand headquartered in Nashville, TN, has shaped the sounds of generations of musicians across the globe. Gibson has a strong focus on supporting the global music community through the philanthropic arm of Gibson Gives. The mission of Gibson Gives is to create, develop and support non-profit organizations in their efforts to advance musicians, youth-focused education, music, and wellness initiatives. 100% of all donations to and from Gibson Gives–a 501(c)(3) organization–go towards giving the gift of music. In the last three years, Gibson Gives has raised over $3 million dollars worldwide through its mission.