With her gyrating moves and guitar pyrotechnics Popović displayed amazing stage presence, but she left plenty of room for the accents her band added with slinky sax parts and rumbling bass lines. 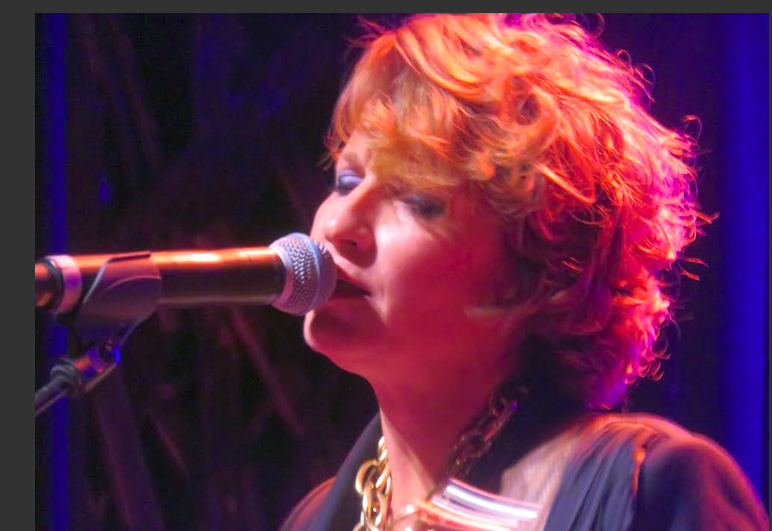 Joe Bonamassa’s Keeping the Blues Alive at Sea: Mediterranean cruise rocked around the Aegean Sea August 23-28, 2022 as the Norwegian Cruise Line ship Jade made her way from Athens, Greece to the Greek island of Mykonos and Kuşadası in Turkey. It was the second time out for Bonamassa’s Mediterranean adventure and fans were well aware of what was in store for them; five days of incredible concerts including two from Bonamassa himself. Other big acts like Tommy Emmanuel, Jimmy Vivino, Samantha Fish, Keb’ Mo’, Marc Broussard and Walter Trout would be playing too, along with bands like the Cold Stares, King King, Blues Pills, Daddy Long Legs and more than a dozen others.

And set to put on a show that cruisers would never forget was the Serbia-born blues rocker Ana Popović.

Popović has been around for quite a while now (20 records and 20 years on the road) and she’s earned a reputation for being a real firecracker on stage, something that she demonstrated throughout her generous set in the Jade’s Stardust Theater. Fittingly for a performance that would ooze sensuality, Popović began her show with the steamy R&B of “Can You Stand the Heat” and followed that up with another lust-inspired cut, 2013’s “Object of Obsession.” Some fans might have expected it but most were probably surprised when Ana brought on guest player Keb’ Mo’ early in the show. The “Rainmaker” singer is also an accomplished producer and he produced Popović’s most recent album Like it On Top.

The pair played numerous songs from Like it On Top including “Brand New Man” and the funky “Lasting Kind of Love” and between songs Ana absolutely gushed about her experience working with the blues man, referring to him by his real first name, Kevin. In a truly touching moment the pair ended their performance of “Slow Dance” by embracing and doing a slow dance.

With her gyrating moves and guitar pyrotechnics Popović displayed amazing stage presence, but she left plenty of room for the accents her band added with slinky sax parts and rumbling bass lines. The heavy bass was up front on a cover of Mandrill’s “Fencewalk” which Ana introduced by proclaiming that she is a huge fan of the ’70s funk outfit. On another cover Popović tuned into chanteuse mode for the Tom Waits song “New Coat of Paint.”

Snooky Pryor wrote “How’d You Learn to Shake it Like That,” but Popović made it her own as she romped through the cut while playing slide guitar. The song lyrics include “Your daddy was a preacher” and after the song Ana told the crowd her father, who was in the crowd, was not a preacher, but that he really rocked the blues back in Serbia. He must have been one proud cat having seen his daughter do the same before a capacity crowd.

The third sailing of the Keeping the Blues Alive at Sea: Mediterranean cruise will take place August 17-22, 2023. Performers announced so far that’ll be joining Bonamassa on the voyage are Blackberry Smoke, Christone “Kingfish” Ingram, Jimmy Vivino and Kirk Fletcher. The cruise will again sail from Athens and call at Santorini, Greece and Dubrovnik, Croatia. Cabins can be reserved here.