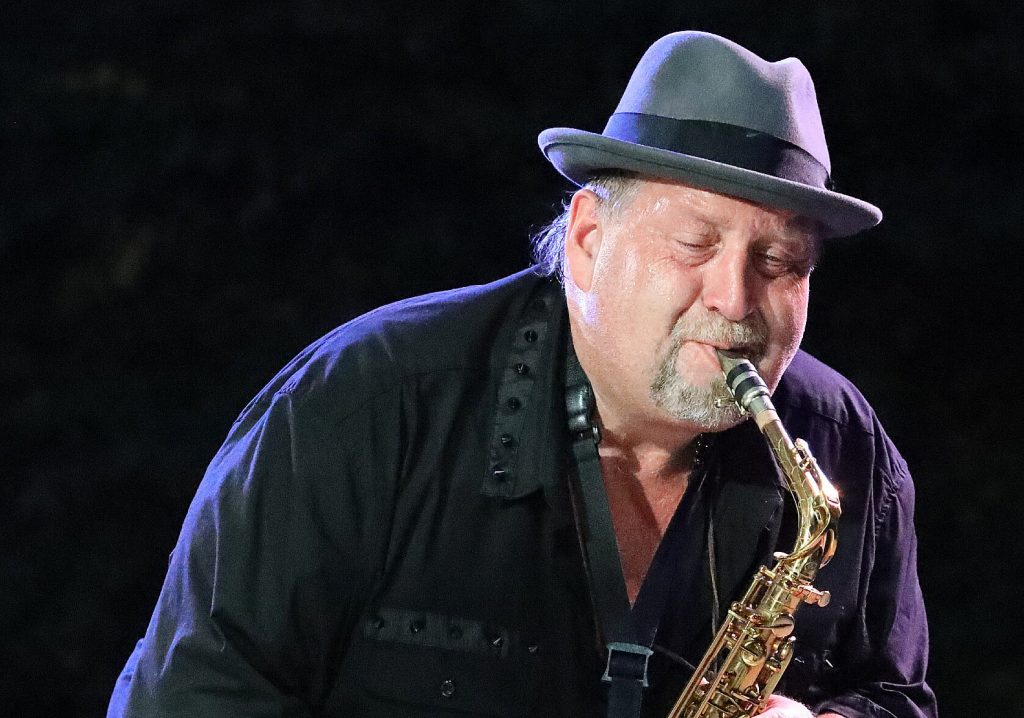 Gulf Coast Records announces the signing of Texas-based sax great Eric Demmer, and will release his label debut CD, So Fine, on November 18.

Backing the sax work and vocals of the blues/soul/rock veteran are a cadre of solid all-star players, along with such special guest as Gulf Coast Records main man Mike Zito, plus guitarists Jonn Del Toro Richardson, Mark May, and The Funky Rick Marcel; the Grooveline Horns; with added vocals by Melanie Covington, Darrell Lacy and Eric’s daughter, Danielle, whose funky vocals show this apple did not fall far away from the Demmer tree. So Fine was produced by Mike Zito and Eric Demmer, with mixing and mastering done by Ernie Wells of Eighth Note Productions.

Eric’s soulful, soaring saxophone and well-worn vocals punctuate the delivery on all dozen tracks of So Fine. “I try to insert humor into some of the songs I write like ‘Don’t Talk to Me’ and ‘What Was I Thinking,” he says. “After all the years of playing sax with famous guitar players, I realize that, ‘I’m a Guitar Player’…I just don’t play guitar. On a more serious note, the song ‘Will It Ever Be the Same’ was inspired from one of our darkest times in history. All the loss of life and destruction happening at the same time really hurt my soul and it made me wonder if it ever will be the same.“

Demmer began his professional career in the early 1980s as a roadie for a Texas dancehall band. “During that time, I became a sound engineer working for sound companies; and in 1989, I was the sound engineer on Clint Black’s Killing Time tour,” he recalls.  After I left the tour, I decided to devote my time to playing sax full-time.  In 1993, I got the call to play with the legendary guitarist, Clarence ‘Gatemouth’ Brown, and was a member of ‘Gate’s’ band until his death in 2005.  One of my career highlights while playing with ‘Gate’ was performing on Eric Clapton’s, From the Cradle Tour.  Also, I was invited by Dickey Betts to perform with The Allman Brothers Band, and I had the privilege of performing with many world-class artists such as Johnny Clyde Copeland, B.B. King, Carlos Santana, Bonnie Raitt, Dr. John, Buddy Guy, Johnnie Johnson, Les Paul, Billy Gibbons, and many more. In 2016, I played shows with Mike Zito; and in 2018, I started performing with the Mike Zito Big Band. After playing with Mike and so many other great artists, I had the yearning to put out my own album and share my heartfelt experiences. The album, So Fine, tells the story of my relationships throughout my personal and musical experiences.“

In recent years, in addition to playing with award-winning blues guitarist, Mike Zito, Eric’s horn work graced albums by The BB King Blues Band, featuring Tito Jackson of the Jackson 5. In addition to playing saxophone, Eric produced a CD for The BB King Blues Band that was released in 2019; also performed on Mike Zito’s Resurrection album and Tito Jackson’s recent CD, Under Your Spell, which were both released in 2021 on Gulf Coast Records. When he’s not touring with other artists, Eric also tours with his own band. He describes his sound as “high-energy blues with a mix of funk and rock-n-roll.” Eric combines a variety of musical styles and influences while reminding everyone that “…the real thing comes from the heart and soul.”