Lucinda Williams told wonderful stories about what she was singing, and her voice was nothing short of magnificent. 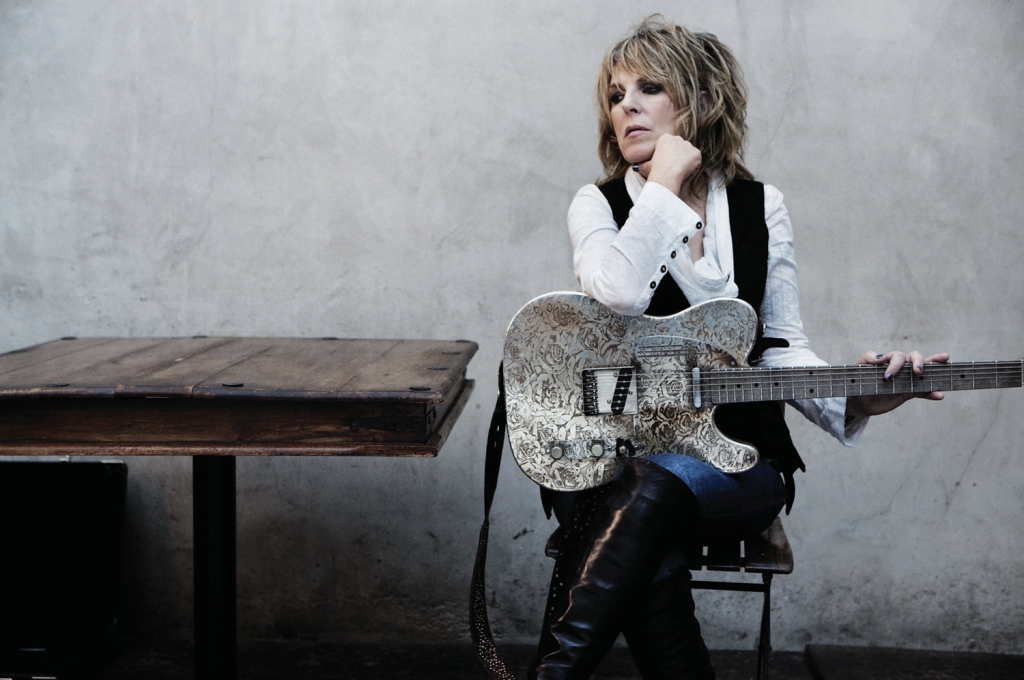 Lucinda Williams is a 69-year veteran Americana music artist who has released albums over the last 40-plus years. Known for her songwriting abilities as well as her performance skills, Williams is a legend among other Americana and country musicians, and also to fans in the know. Williams has released about 13 major studio albums, and in 2020 she also released six different collections of cover versions of songs which are titled Lu’s Jukebox, including tributes to Tom Petty, the Rolling. Stones, and an album of Christmas tunes.

When Williams was led out to the start of her concert in Milwaukee on September 25th by a stagehand, she looked somewhat frail. Williams had a stroke almost two years ago, and it is clear that she is still in the process of recovery. She was playing to an enthusiastic group of fans in the crowded but not sold out Pabst Theater, although she did not play the guitar.

All night Williams stood and sang, although she either leaned on the microphone stand or on a chair to maintain herself almost the whole time. But Williams had an amazing stage presence, told wonderful stories about what she was singing, and her voice was nothing short of magnificent.

After opening with “Steal Your Love” from her 2001 release Essence, Williams then played her version of “Can’t Let Go,” the only cover song from her 1998 album Car Wheels on a Gravel Road, one of the classic Americana albums of all time. If you haven’t heard the Robert Plant/Alison Krauss version of this Randy Weeks-penned song that was released by this duo two years ago at least a hundred times, you are not listening to the same radio stations/channels that I am listening to!

Over the course of the evening Williams sang about half of the songs from Car Wheels, which not only won the 1999 GRAMMY Award for Best Contemporary Folk Album, but is Williams’ best-selling album of all time and voted the best album of 1998 in the Village Voice’s annual Pazz & Jop critics’ poll. Williams clearly understands that this release is her masterpiece, and the music from this almost 25-year-old album still holds up.

After singing several somewhat depressing songs in a row about acquaintances she called “beautiful misfits,” Williams talked about Mary Chapin Carpenter’s version of the Lucinda Williams classic “Passionate Kisses” which won Williams the 1994 Grammy Award for Best Country Song, although Williams did not sing her own version of this tune. Williams stated that her songs aren’t covered more by the country music establishment because, “They just don’t like my lyrics in Nashville; too rock and roll, I guess!”

Prior to performing “Big Black Train” from her most recent major studio release, 2020’s Good Souls Better Angels, Williams explained that this song was her take on depression, melancholy and the blues, and that she credits reading Bruce Springsteen’s memoir to motivate her to sing about her own mental health issues. This was one of two songs Williams performed that was co-written with her husband and manager of many years, Tom Overby. She made it clear that “You don’t wanna get on board this train.”

Williams followed this off with a lengthy version of “Are You Down” from Essence, which included a slow jam at the start of the song and a long rocking jam at the end of the song by Williams’ excellent backup band “Buick 6,” followed by her introduction of her band to the crowd. She then sang the other song co-written with her husband/manager, “Let’s Get the Band Back Together,” which will presumably be released on her next album.

Williams spoke about the late Tom Petty before singing what she described as a fairly new song, “Stolen Moments” from her Runnin’ Down a Dream: Tribute to Tom Petty release, which she did not write. Williams spoke about the fact that she opened for Tom Petty at his last concert he ever played, which took place at the Hollywood Bowl on September 25, 2017. She did not mention that her show in Milwaukee was exactly five years to the day that she opened for Tom Petty at his last show ever. Williams then sang “Changed the Locks” from her 1988 release Lucinda Williams, and stated that she was honored that Tom Petty had covered this song of hers.

Williams closed her set with a song that she said she sang at a karaoke bar recently, “Righteously,” from 2003’s World Without Tears. She then finished her main set with “Joy” from Car Wheels, getting some of the previously restrained crowd up to dance. After she was escorted off the stage and escorted back to the stage, she dedicated “You Can’t Rule Me” from Good Souls Better Angels to the United States Supreme Court as the crowd got on their feet again, and Williams closed the night with “Honey Bee” from 2008′s Little Honey release.

On her way out Williams thanked the crowd using phrases associated with other musicians: “Peace and Love” (Ringo Starr), “Don’t Give Up the Fight” (Bob Marley), and “People Have the Power” (Patti Smith). With a final “Thank You Milwaukee!” Williams left the stage for good.

Williams’ 100-minute set was a delight, and those of us who witnessed her concert saw an artist who, though she has suffered from health issues, still is a dynamic performer who can enthrall the audience with her stories, words and music. If you missed this show, you should probably not miss Lucinda Williams the next time she comes to the area!