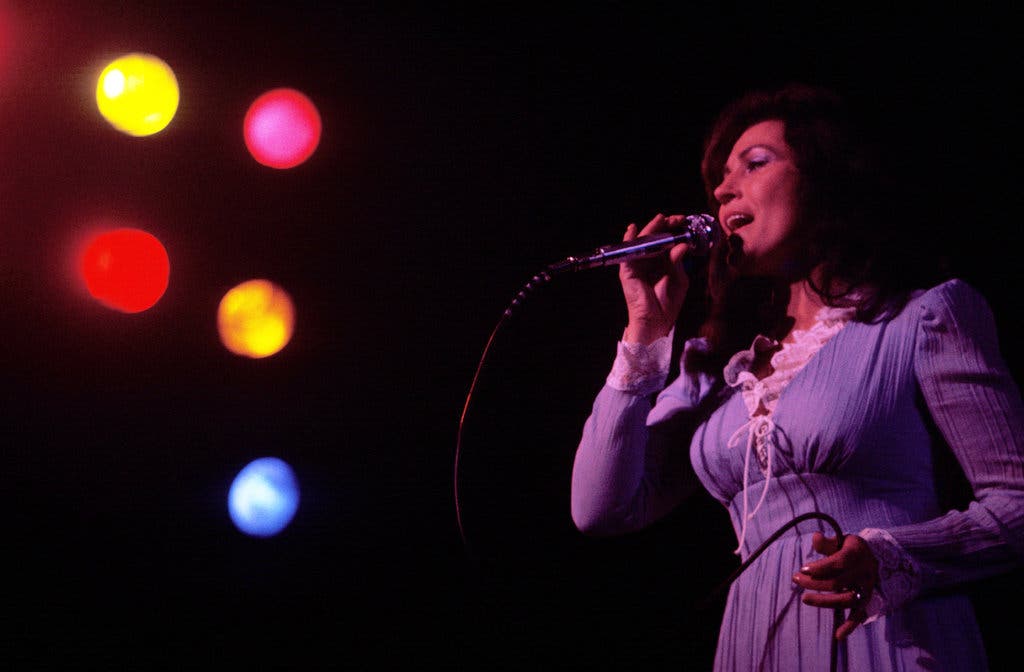 Loretta Lynn, whose iconic country career spanned seven decades, has passed away at the age of 90.

“Our precious mom, Loretta Lynn, passed away peacefully this morning, October 4th, in her sleep at home in her beloved ranch in Hurricane Mills,” a statement read.

Literally born a coal miner’s daughter, as she’s affectionately known, Loretta Webb grew up in the Appalachian mountain village of Butcher Hollow, Kentucky. She and her family lived in a log cabin with wallpaper made out of Sears Roebuck catalog pages. Her father, Melvin Webb, died of black lung disease and she dedicated her 1970 No. 1 hit “Coal Miner’s Daughter” to him. The second of eight children, Loretta got her start singing in the church. Her sister, Brenda Gail Webb, or Crystal Gayle, also went on to become a popular country singer.

In 1962, Loretta saw her first Top 10 country hit with “Success.” She found a friend and mentor in Patsy Cline during her early days in Nashville, just before Patsy was killed in a plane crash in 1963. Her first album, Loretta Lynn Sings (1963), reached No. 2 on the country charts, and was followed by a string of Top 10 country hits, including “Wine, Women and Song” and “Blue Kentucky Girl.”

In 1966, Lynn had her highest-charting single to date with the No. 2 track “You Ain’t Woman Enough,” followed by 1967’s No. 1 hit, “Don’t Come Home a Drinkin’ (with Lovin’ on Your Mind).” That same year, she was named Female Vocalist of the Year by the Country Music Association. In 1968, “Fist City” also reached the top of the country music charts.

Joining forces with Conway Twitty in 1972, she won her first GRAMMY for the duet “After the Fire Is Gone.” The song was among a collection that included “Lead Me On,” “Louisiana Woman, Mississippi Man” and “Feelins’.” In 1976, Lynn published her first autobiography, Coal Miner’s Daughter. The book became a best-seller. And in 1980, a film adaptation of the book was released, starring Sissy Spacek as Loretta and Tommy Lee Jones playing the role of her husband. Spacek won an Oscar for the role, with the film nominated for seven Academy Awards.

Inducted into the Country Music Hall of Fame in 1988, Lynn took time off to care for her husband who was suffering from heart trouble and diabetes. She later worked with Dolly Parton and Tammy Wynette on the 1993 album Honky Tonk Angels, and in 1995, she starred in a limited-run television series, Loretta Lynn & Friends, while playing a handful of tour dates. Lynn’s husband of 48 years died in 1996.

In 2000, Loretta released the studio album Still Country, and in 2002 released a memoir, Still Woman Enough. After becoming friends with Jack White, she performed with the band in 2003, with White producing her 2004 album, Van Lear Rose which became a huge commercial success and won them two GRAMMYs. In 2013, she received the Presidential Medal of Freedom from Barack Obama. In September of 2019, Loretta accepted the Kris Kristofferson Lifetime Achievement Award at the 2nd annual Nashville Songwriter Awards at the Ryman Auditorium. The same year her life was again documented in the Lifetime movie Patsy & Loretta.

Loretta is survived by four children — Clara, Ernest, and twins Peggy Jean and Patsy Eileen. Her eldest son, Jack Benny, drowned in 1984 at the age of 34 while trying to cross a river on horseback, and eldest daughter Betty Sue, 64, died of emphysema in 2013.