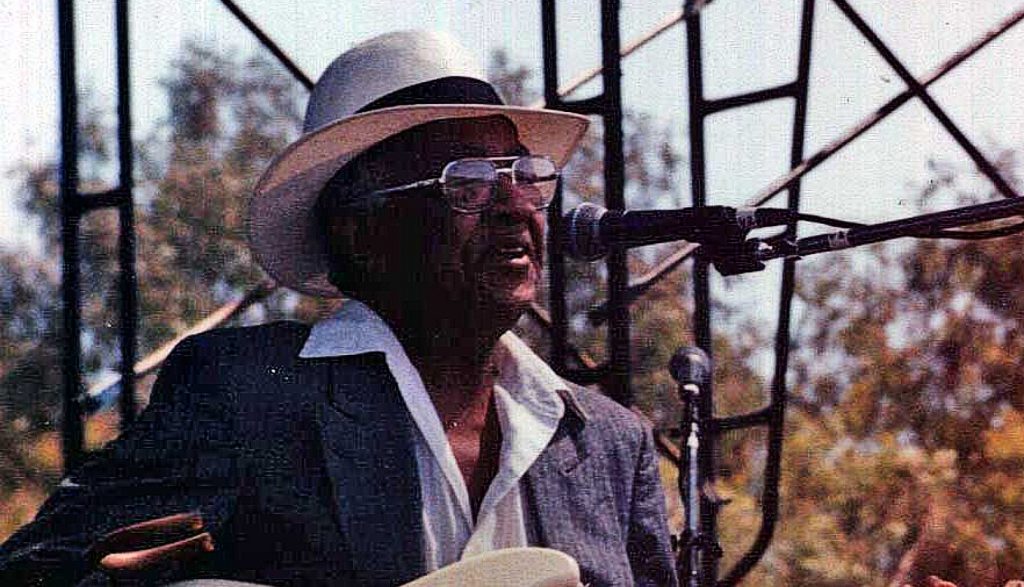 Welcome to Windy City Wednesday. In this weekly offering from American Blues Scene we share classic and sometimes forgotten blues albums from some of the most iconic Chicago blues men and women ever to grace wax. This edition focuses on the album Goin’ Back in the Times by Homesick James.

His correct age was in doubt (he claimed he was born as early as 1905), but the slashing slide guitar skills of Homesick James Williamson have never been in question. Many of his most satisfying recordings placed him in a solo setting, where his timing eccentricities don’t disrupt the proceedings (though he made some fine band-backed waxings as well).

The album Goin’ Back in the Times was one of those solo recordings. According to producer Michael Frank, it was because during the first day of recording, James started an argument with the all-star band that was set to back him. The album was originally supposed to be half solo and half band, but once the session disintegrated with drummer Robert Covington, bassist Bob Stroger, and harmonica player Lester Davenport, it became all solo.

Actually born in Somerville, Tennessee on April 30th, 1910, Williamson was playing guitar at age ten and soon ran away from his Tennessee home to play at fish fries and dances. His travels took the guitarist through Mississippi and North Carolina during the 1920s, where he crossed paths with Yank Rachell, Sleepy John Estes, Blind Boy Fuller, and Big Joe Williams.

Settling in Chicago during the 1930s, Williamson played local clubs and recorded for RCA Victor in 1937. The miles and gigs had added up before Williamson made some of his finest sides in 1952-53 for Art Sheridan’s Chance Records (including the classic “Homesick” that gave him his enduring stage name).

James also worked extensively as a sideman, backing harp great Sonny Boy Williamson in 1945 at a Chicago gin joint called the Purple Cat and during the 1950s with his cousin, slide master Elmore James (to whom Homesick is stylistically indebted). He also recorded with James during the 1950s. Homesick’s own output included crashing 45s for Colt and USA in 1962, a fine 1964 album for Prestige, and four tracks on a Vanguard anthology in 1965. Released in 1994, Goin’ Back in the Times was his only release on the Earwig label.