Father John Misty uses an expansive vocabulary and non-traditional song structure to create well-developed characters and vividly painted scenes that bring the songs to life. Suki Waterhouse is touring behind her 2022 full-length debut album, ‘I Can’t Let Go’ – an outlet for the “heavy moments” she used to wear on her sleeve. 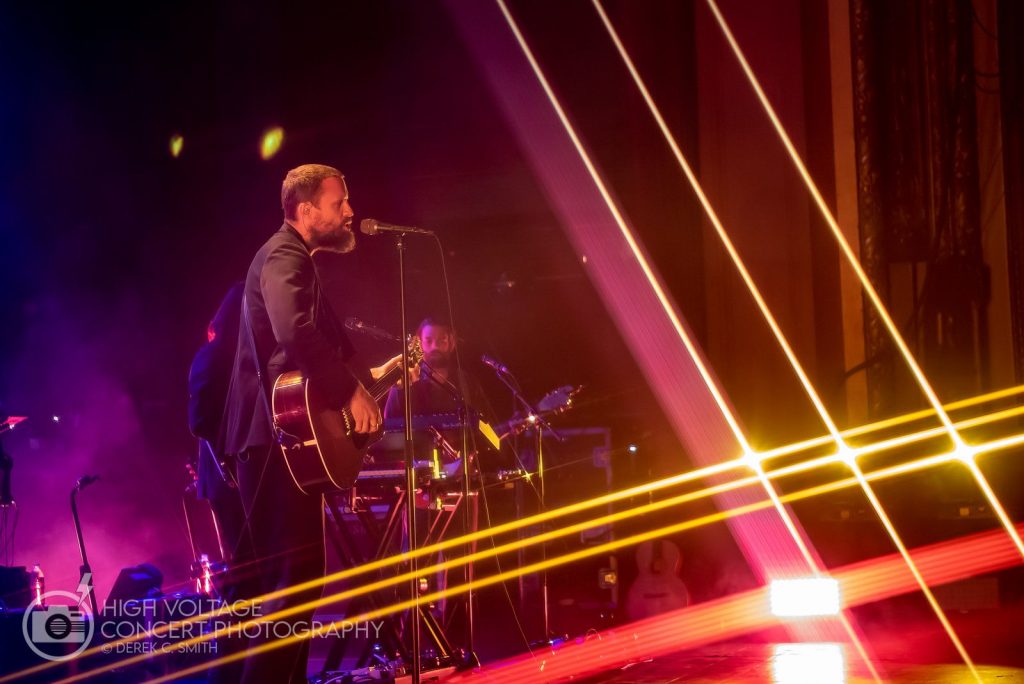 Josh Tillman (better known by his nom-de-plume of Father John Misty) quipped during his recent stops in Chicago and Milwaukee that faced with the unknown future of the music industry during the COVID-19 pandemic, particularly the fate of touring, he set out to make an un-tourable jazz album.  He failed.

Chloë and the Next 20th Century, Father John Misty’s fifth studio album, is a lushly orchestrated masterpiece built for theater and live performance. But it is not a “jazz” album.  It’s an homage that never falls victim to cliché, with Tillman using the elements of jazz as a vehicle for adding color and texture to a modern album as opposed to merely creating a trite facsimile of the past.  The result is a soundscape that often evokes feelings of the last 20th century, whether it’s a theater in the 1920s or 1930s (“Chloë”) or a smoky club in the 1950s or 1960s (“Buddy’s Rendezvous,” “Funny Girl”), without ever losing the indie-folk-pop sensibilities of this century.

As with all his albums, though, it is Father John Misty’s lyricism that sets him apart. Similar to such masters as Dylan and Springsteen, Father John Misty uses an expansive vocabulary and non-traditional song structure to create well-developed characters and vividly painted scenes that bring the songs to life.  It’s one of the reasons his live performances are so compelling – whether it’s a conversation with his ex about their dying cat (“Goodbye Mr. Blue”), the life advice a father gives his daughter upon his release from prison (“Buddy’s Rendezvous”), or the full-length mirror in the house that Val Kilmer owned when he was Batman (“The Next 29th Century”), Father John Misty uses perfect elocution to draw the audience into the story.  He is not merely singing a song, he is living it; and he is inviting the audience to live it too.

The audience accepted the invitation at recent stops in Chicago and Milwaukee as Father John Misty drew the crowd into songs from each of his five major releases, which included a walk (or perhaps even a dalliance) in a cemetery (“Hollywood Forever Cemetery Sings”), a satirical love song (“I Love You, Honeybear”), the comedy of man (“Pure Comedy”), and a hotel concierge’s conversation with (and pity towards) a long-time guest (“Mr. Tillman”). The result was a beautiful performance from an artist who not only commands the stage, but charms, captivates and enthralls the crowd for the entirety of his nearly two-hour set. For fans seeking a modern indie-folk crooner, it is a performance that should not be missed.

Opening for Father John Misty on his recent tour was the multi-talented English actress, model and singer Suki Waterhouse. She is touring behind her 2022 full-length debut album, I Can’t Let Go. It’s a beautiful, emotive album that Waterhouse has described as an outlet for the “heavy moments” that she used to always wear on her sleeve — a strong debut and hopefully a harbinger of things to come. For more information on Waterhouse and her album, head here.