In Tune With Drew Jacobs – From Fortune Cookies To COVID-19, He Takes A Humorous Look at Everyday Life

"I’ll start writing a serious song and I’ll get a funny idea. And all of a sudden I start going in that direction." 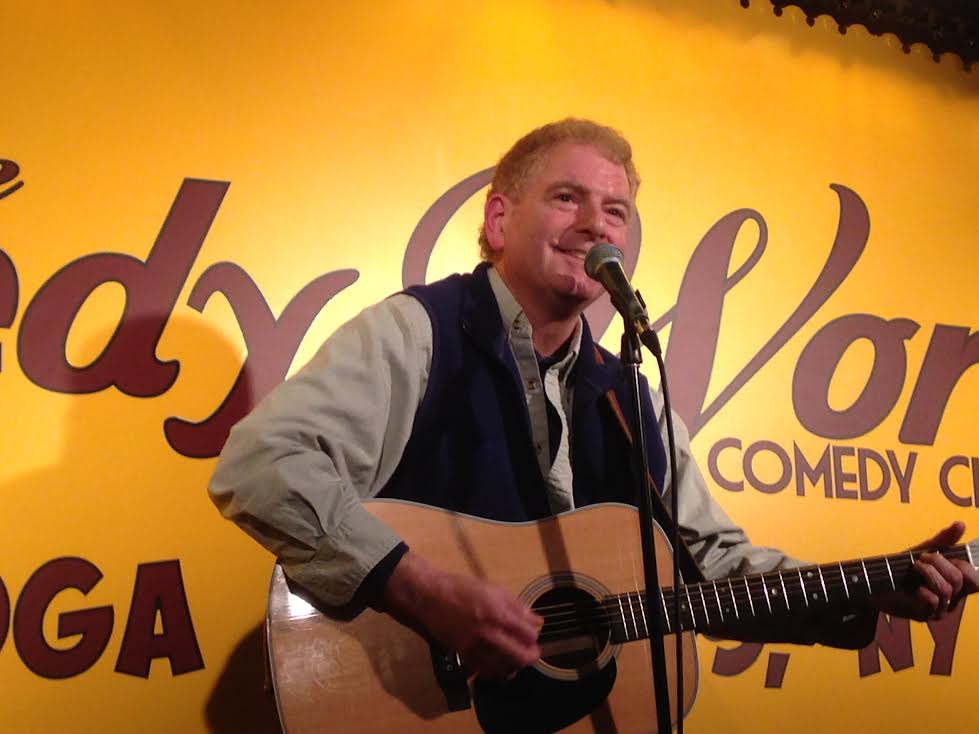 Drew Jacobs is not your average singer/songwriter. Yes, he is among the legion of those who have paid their dues by playing in coffee houses, restaurants, farmer’s markets, and similar venues. His songs are replete with keen observations on everyday happenings.

And like thousands of performers at the local level, Jacobs knows how difficult it is to get “the sort of gig where people are listening and responding and you get some audience feedback as opposed to being a little more background music.”

So what sets him apart?

Jacobs is an acoustic humorist – a musical comedian, if you will. Like other music-based comedians such as Weird Al Yankovic and Tim Hawkins, he often parodies popular songs.  Last year, for example, he parodied Zager & Evans’ “In The Year 2525” by doing a “prequel” entitled “In The Year 2020.” Likening the by COVID-19 to an episode of the Twilight Zone, he reminds us that in the Year 2020:

Most of Jacobs’ songs are original, though. He writes about what makes him laugh: relationships, modern society, and life as a baby boomer. He does not necessarily start out to write a humorous song. It is more spontaneous in that it just seems to happen.

“It’s funny,” he told me. “I’ll start writing a serious song and I’ll get a funny idea. And all of a sudden I start going in that direction. Then I think, ‘Oh well. Anyone could have written this for (a serious song)’ but let’s go this way and see what develops.”

What develops is usually pretty good. But don’t take my word for it. Clay Eels wrote an extensive biography of singer/songwriter Steve Goodman. Eels was on a promotion tour several years back and Jacobs – being a big fan of Steve Goodman – struck up a conversation with him. Eels left with a copy of Jacob’s then new CD, Easy Listening For The Hard Of Hearing. A month or two later Eels emailed Jacobs with what amounted to a review of the whole CD.

“He wrote almost song by song how much he enjoyed it,” Jacobs said. “Which is something he didn’t have to do. I wasn’t looking for that. I just gave the CD to someone I thought might get some enjoyment out of what I did.”

Not only did Eels enjoy it, he had this to say:

I hear John Prine in “Grandpa’s Ponytail.” Any song that tells a vivid story is a keeper, far as I’m concerned.

“Fortune Cookie” has clever twists throughout. I could see Goodman performing this.

“Half a Song” is just wonderful, very Goodman-like, with a perfect and inevitable punch line.

Jacobs has also won accolades from his peers. “If 50’s The New 30” was recognized for Outstanding Achievement in Songwriting by the judges of the 2013 Great American Song Contest. “There’s An App For That” was a Gold Medal Winner in the 2015 Mid-Atlantic Song Contest. He was also invited to perform at a 2011 SxSW Showcase and has been featured many times on Dr. Demento’s Radio Show. The list goes on.

While Jacob does write mostly humorous songs, he also writes songs with a more serious bent to them. Consider “You Never Heard Me Play My Guitar.” It is a tale of unrequited love that nonetheless has some humorous elements to it; such as when he laments she never tried his pasta fagioli (or fazool, if you prefer).

In February of this year John McEuen, a founding member of the Nitty Gritty Dirt Band, took his solo act to The Linda, a performing arts venue in Albany, NY. Jacobs was listed as a “Special Guest,” although how he got that type of billing is a bit of a mystery, even to him.

“I’m not sure what constitutes ‘special guest’ versus ‘opening act,’” he said.

Nonetheless, he had a good time and enjoyed meeting McEuen. WAMC, a local Albany public radio station, sponsored the event and recorded the concert. Jacobs is using that recording to put together a live CD of his performance. It will be out later this year and consist of seven songs and corresponding stand-up routines. Per his agreement with WAMC, the songs and CD will be made available free of charge. Jacobs has no problem with doing that.

“As you well know, in this day and age there are a million ways to get (your music) out,” he says. “Not many of them are profitable. But I didn’t start doing this to make a lot of money. I started doing it because I enjoy doing it. And hopefully people get a kick out of what I’m doing.”

They are, Drew. They most definitely are.