Watch Trailer for New Documentary ‘Let There Be Drums’ 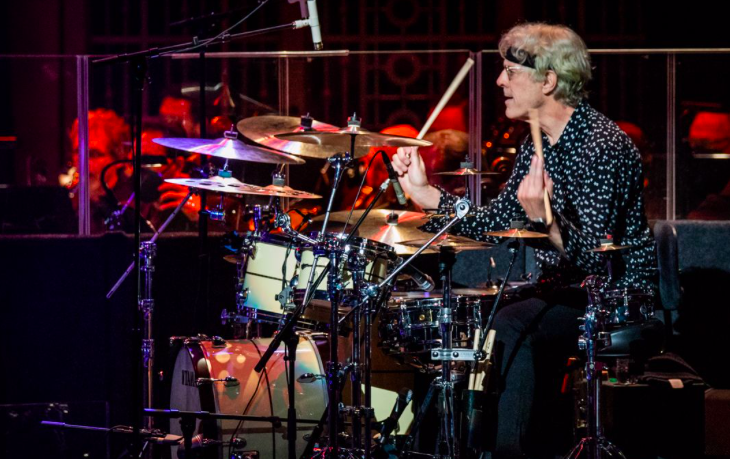 Let There Be Drums! – a new music documentary directed by the son of The Grateful Dead‘s drummer Bill Kreutzmann, Justin Kreutzmann – previews the film’s release on October 28 via Greenwich Entertainment. Let There Be Drums explores the indispensable role of the drummer, and how music follows from generation to generation.

The film includes the late Foo Fighters drummer Taylor Hawkins’ final interview, in addition to other interviews with Ringo Starr, Stewart Copeland, Mickey Hart and Bill Kreutzmann, Steve Ferrone, Chad Smith, Matt Sorum, and more. The rare and/or never-before-seen footage highlights moments such as Keith Moon in outtakes from The Who’s classic documentary The Kids Are Alright, Led Zeppelin’s John Bonham discussing fatherhood, and Ringo posing with a drum kit before he was in the Beatles.

After Justin was born in 1969, he became a part of the Dead’s tours, sitting on the riser behind his dad during rehearsals. Instead of becoming a drummer like his dad always hoped for, Kreutzmann was drawn to filmmaking. So why not make one about the art of drumming? Kreutzmann’s camera captured the shows at Levi Stadium and Soldier Field for 2015’s Fare Thee Well: Celebrating 50 Years of the Grateful Dead – in which surviving members including Bob Weir and Phil Lesh gathered for what was billed as the final time, providing the film with special performances and recording material.

Let There Be Drums! Is named for the song and album by Sandy Nelson, who was one of the era’s prominent drummers. Nelson spoke of his own influences in the documentary before he died in February of this year. The film points out how drummers coming up in the ‘60s and ‘70s looked to Nelson, as well as jazz drummers, for inspiration.