King of the Castle: Marcus King is at the Top of His Game in Chicago

At his recent stop in Chicago, King owned the stage rather than appearing on it; channeled the blues instead of merely playing it. 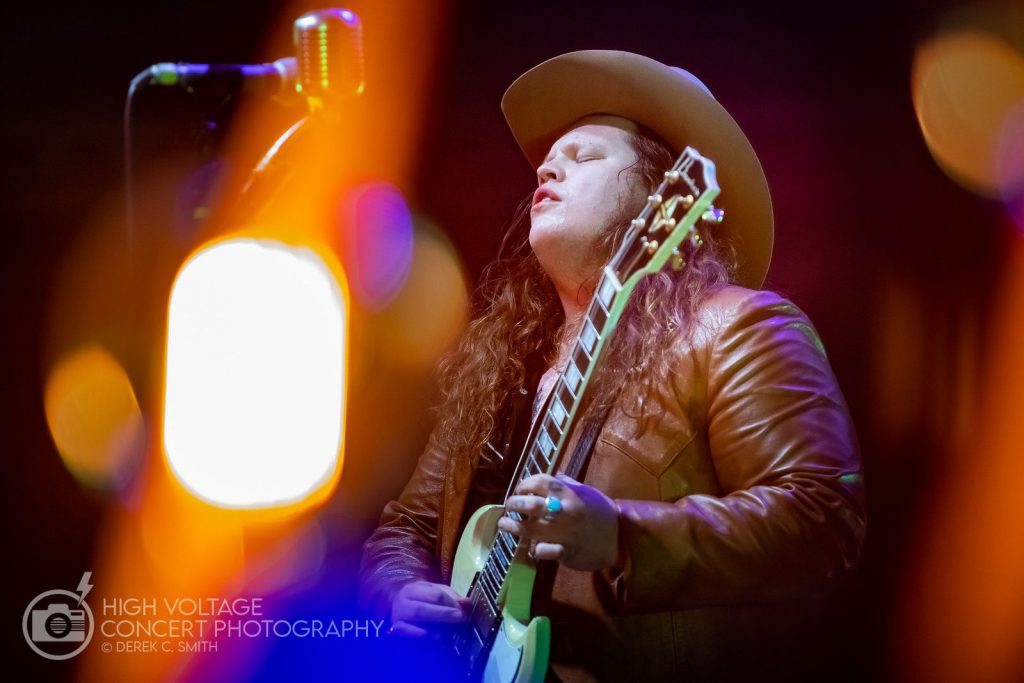 More importantly, however, there is a clear progression from El Dorado to Young Blood.  The former gives us our first glimpse of a grittier, dirtier and edgier King with such songs as “The Well,” “Say You Will,” and “Turn It Up.” With those songs, it becomes clear that King is ready to dispense with the pleasantries. He’s no longer content to politely knock on the door for our attention; he’s beginning to pound on it. With this year’s release of Young Blood, King has gone further; he’s kicked the door right in.

Young Blood is a barn burner that absolutely sizzles with each passing track. It begins with “It’s Too Late,” the guitar riff for which sounds like a speeding train. For the rest of the album, the train never leaves the tracks, although it does speed through various different musical twists and turns: the infectious drum shuffle kicking off “Lie Lie Lie,” the slow burn of “Rescue Me,” the ZZ Top and Free-sounding riffs of “Pain” and “Dark Cloud,” the dirty groove beginning “Blood on the Tracks,” and the despair coursing through “Blues Worse Than I Ever Had.” It is a superb album from start to finish.

The remarkable growth that King has shown over the course of his first five albums is also evident on stage. At his recent show in Chicago, King appeared more confident – owning the stage rather than appearing on it; channeling the blues instead of merely playing it. He’s at the top of his game and seemingly enjoying every minute of it.

King kicked off the evening in Chicago the same way he kicks off Young Blood: barreling down the tracks with the rocker “It’s Too Late.” Like that album, it was full steam ahead for the rest of the evening as King pulled heavily from his latest releases, playing seven additional songs from Young Blood and three songs from El Dorado. He also played a fabulous cover of Marvin Gaye’s “Trouble Man” and a beautiful rendition of “Goodbye Carolina” that had the crowd jubilantly singing along. To conclude the evening, King turned up the heat with the help of Neal Francis on piano for an incendiary rendition of “Southbound” by The Allman Brothers Band. It was the perfect song to bring the high-powered Marcus King locomotive into the station.

King only has a few more stops remaining on his U.S. tour before heading to Europe. For more information on tour dates, as well as his latest release, check out his website.