The Dodge Poetry Festival presentation will present the same program of 21st Century dissent, discomfort and reclamation, and will once again feature Tomás & The True Groove All-Stars. 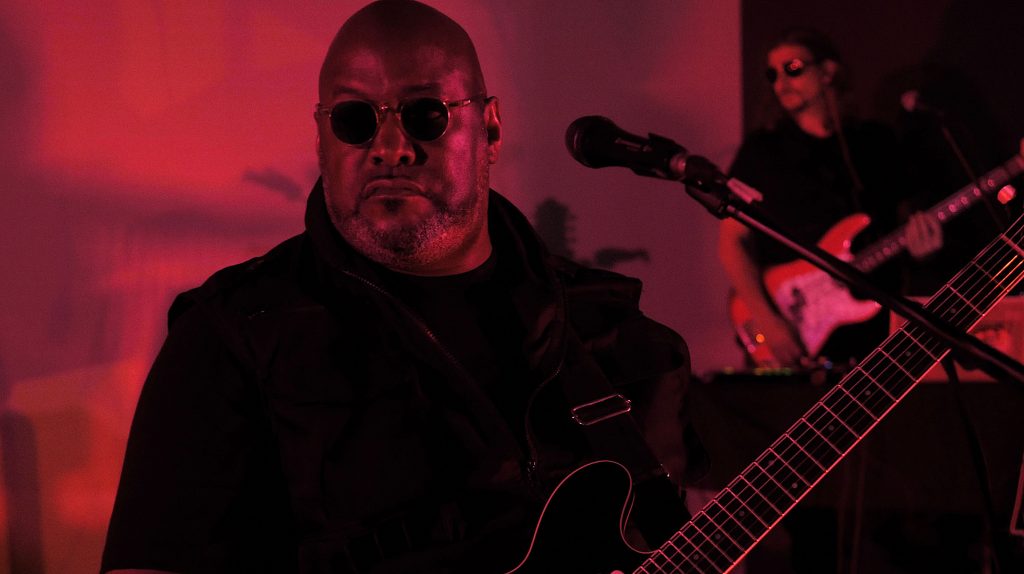 World-renowned composer/producer Tomás Doncker is bringing his multi-media show, ENDANGERED, to the 2022 Dodge Poetry Festival in Newark, New Jersey on October 22. The event will be live-streamed from the New Jersey Performing Arts Center’s Prudential Hall beginning at 12:30 Eastern Time.

ENDANGERED is a thought provoking, emotionally provocative, occasionally uncomfortable, and ultimately revelatory multi-media show inspired by the “beautiful rage” expressed in the paintings of Floyd D. Tunson. The rage in the paintings of the Colorado-based artist comes from a deep, dark personal experience. His brother, unarmed, was fatally shot by Denver police in 1974. He has been a de facto spokesperson for the marginalized, utilizing an artist’s eye to portray racial injustice ever since.

Moved by Tunson’s artwork, Doncker and Pulitzer Prize winning poet Yusef Komunyakaa teamed up to create a lyrical/musical response to the senseless killings of black men. The three artists’ respective disciplines are merged into a unique, powerful and emotional program to portray the sense of being endangered. It also features conceptual video art and projections by award winning filmmaker/videographer William Murray.

ENDANGERED premiered during the Juneteenth weekend at the Fine Arts Center at Colorado College in Colorado Springs. The Center had commissioned the ENDANGERED project as part of a month-long tribute to Floyd Tunson. The Dodge Poetry Festival presentation will present the same program of 21st Century dissent, discomfort and reclamation, and will once again feature Tomás & The True Groove All-Stars.

For an in-depth ABS interview with Tomás Doncker regarding the ENDANGERED project, head here. Tickets start at $50 for single day passes for the festival ($45 for Seniors/Teachers with ID and $25 for students with ID). To purchase tickets, head here. You can listen to the ENDANGERED album on Spotify and Soundcloud.