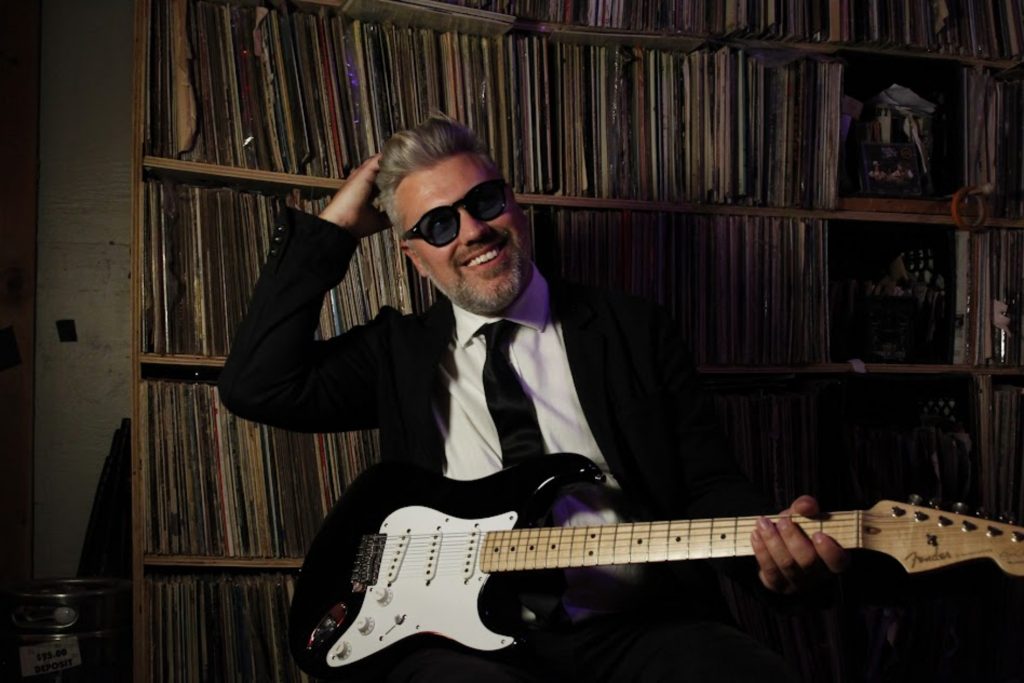 Supply Chain Blues brings Young around full circle, returning to the blues roots that spurred him to start playing guitar over 20 years ago. Although it’s his fifth record (including an EP), it’s his first wall-to-wall blues release. Nine of the record’s eleven tracks are blues or blues-descended classics, originally done by everyone from two of the three Kings and Howlin Wolf, to the Rolling Stones and Don Nix. But Young does things his way. While the core of the songs remain intact, his versions and inversions let him lay claim to them being his own.

The eleven track album was recorded and produced at Mojo Studios in the picturesque White Mountains of New Hampshire.

Blues has always been a part of my live shows. I play ‘Hoochie Coochie Man’ almost every night, and blues is the cornerstone a lot of my songs are built on. But this record is different, it’s the first all-blues album I’ve ever done. I always wanted to make an album like this, revisiting some of the artists and songs that have played a huge hand in my musical development and career. I came to a point this summer where I had a large chunk of time available to go into the studio. I’d just turned 40 and had a few weeks off from touring; it felt like the perfect opportunity.

I’ve been writing and playing pop and rock for over 20 years but blues has always been my go-to. I’d been playing a lot more guitar and felt really inspired to do it. This album is my way of giving back. When I got into blues I started with Clapton, but then I went back and learned about the artists who inspired him. I’m pretty sure there are people coming to see me play who’ve never heard these songs before, and maybe this will be an inspiration for them to go back and dig deeper.

“Same Old Blues” was written by composer, musician, and producer Don Nix, a Memphis native who got his musical start playing saxophone for the Mar-Keys. The song was most famously recorded by Freddie King, as the first track on his 1971 album Getting Ready. Young plays it in a more soulful style than the piercing guitar that King laid down, his voice tinged with a touch of Ray Charles.

What can you say? Freddie King is just a huge footprint on the blues. This song really spoke to me because it’s not all up-front guitar; it’s a very less-is-more kind of song, it’s a bit more intimate and vulnerable than so much of his other work, it has a whole different vibe to it.

The piano part and all the descending riffs all build to make it such a sad song. It’s very much from the heart, but there are also places in it where you can really dig in—I hardly play any guitar until almost the end. It was a good song for me this year. Everyone has bad relationships and this year was my turn for that, so this song was a great way to work through that. It might be my favorite song on the new album.

Young chose to name his new album Supply Chain Blues after a song on the album he co-wrote based upon experiencing post pandemic frustration while attempting to buy a new Gibson semi-hollow body guitar. Young has been unable to get his hands on one. Fortunately there weren’t any supply chain issues when it came time to go in the studio and start recording what Young feels is his best album yet.  He did have to take a few days off to fly to Chicago and St. Louis to open for George Thorogood and Sammy Hagar, but enjoyed taking a break from laying tracks to visit with old friends on the road and connect with his ever growing fan base.

The album hits the streets today, October 28th, and is available on leading streaming platforms including Spotify, and Apple Music.