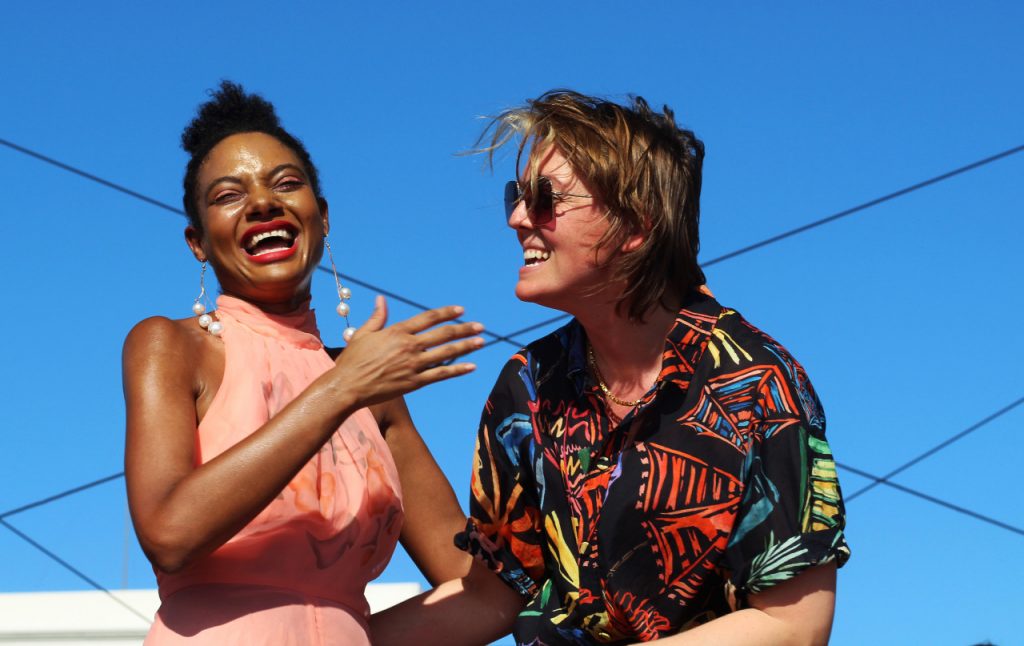 Allison Russell’s music video for “You’re Not Alone” (Featuring Brandi Carlile) has been released. Russell and Carlile have been wowing live audiences with their affirmative and uplifting single for the last month. They debuted the song with a performance at the Americana Music Association Awards in September where Russell won Album of the Year for her acclaimed 2021 LP, Outside Child.

They also performed “You’re Not Alone” at Carlile’s recent Madison Square Garden and Boston’s TD Center shows and at their show together at Red Rocks Amphitheater in August – the setting for the music video. The single has been the Americana radio chart Top 10 for six weeks and counting.

For Russell, and Outside Child, the incredible list of accolades keeps growing. They include two International Folk Music Awards, a 2022 Juno nomination for ‘Songwriter of the Year,’ and her first-ever Juno Award win for Contemporary Roots Album of the Year. Last year, Russell also won three Canadian Folk Music Awards, two UK Americana Music Awards, received two 2021 Americana Awards nominations in addition to this years win and three GRAMMY Award nominations (her first ever GRAMMY nods). Allison Russell has selected dates throughout the fall including a stop at The Troubadour in Los Angeles on November 15th.

On her debut solo album produced by Dan Knobler, Russell the poet, singer, songwriter, multi-instrumentalist, activist and co-founder of Our Native Daughters and Birds of Chicago unpacks her youth in searing detail. She sings about deliverance and redemption, about the places, people and realizations that helped her survive and claim her freedom.