Check out the video for "Mermaid" from forthcoming 'It Never Ends,' out January 23 via Dial Back Sound! 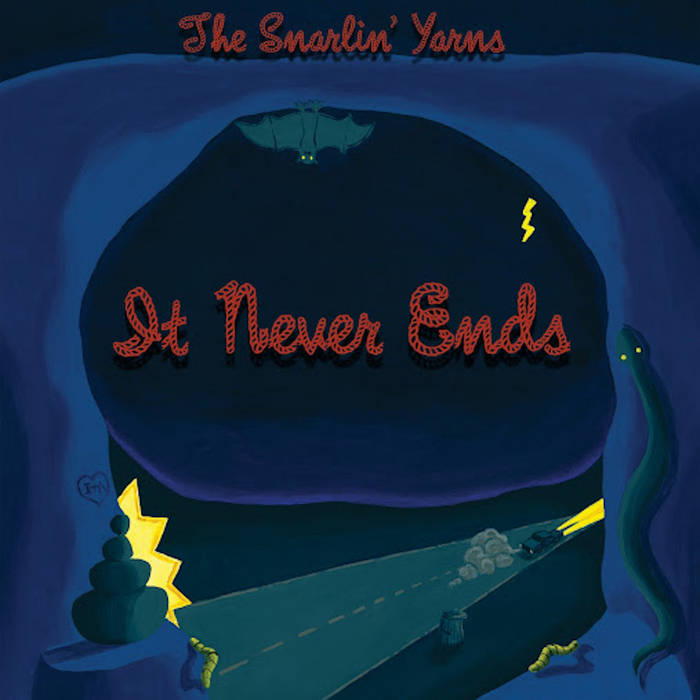 The Snarlin’ Yarns are an improv poetry and bluegrass band consisting of distinct personalities and songwriting efforts. Abraham Smith is Ogden, Utah’s current Poet Laureate whose collections are published by Action Books as well as Third Man Books. Guitarist William Pollett brings his metal background to sophisticated folk and country arrangements. Jason Barrett-Fox started on guitar, and landed on the banjo which has shaped his songwriting style. Mara Brown is a classically trained violinist, vocalist, and songwriter who understands that creativity needs elbow room.

They are set to release It Never Ends, their second record from Dial Back Sound, on January 23.  Recently they have added an electric bass player, Ryan Ridge. In addition, they’ve enlisted songwriter/ukulele player Tommy Dolph, whose song “Garbage Night” closes out the album and whose backing vocals are essential to the new material.

In the spirit of Holy Modal Rounders and the ragged but right sounds of Greenbriar Boys, The Snarlin’ Yarns make no bones about their music which mingles their own poetry as well as the lost art of sunny yet subversive bluegrass.

Premiering exclusively today is the video for “Mermaid,” the opening track from the new album. “Put on the masks we always do, never let her heart be seen by you” is a line in the chorus written before 2020 and has come to mean so much more to songwriter Mara Brown. “Mermaid” is Brown’s own spin on a salvation song. Of the video, she tells ABS, “Its fairy tale imagery evokes the freedom and creativity needed to overcome hard times and dive in and change our circumstances.”

And as for the song: