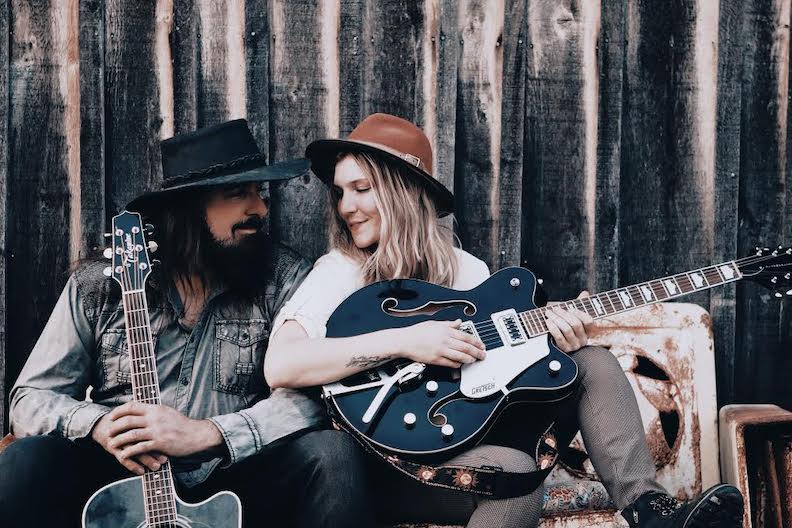 Exclusive Video Premiere/Interview: The FBR Raise Alcohol Awareness With Impactful ‘Before I Drown’

"We’d been thinking about the concept of the video since the early days of recording the tune. All along, I think we both felt if we did a video, it needed to carry the same weight that the song did."

Today, Nashville-based Americana duo The FBR are premiering their video for “Before I Drown.” A sobering glimpse into the life of an alcoholic, the song is based on the inner turmoil of someone struggling to overcome the entrenched malady of addiction. In a culture where alcoholism and other matters of mental health are stigmatized, The FBR raise awareness on what is socially taboo yet distressingly rampant — their strong harmonies and raw lyrics shining through in the most compelling light.

“Response has been overwhelming,” Tim Hunter, the acoustic guitar and harmonica player who is known for his storytelling lyrics, tells me. “It started with a feature in American Songwriter magazine, which was more about the song, but the topic of the song has proven to be hot with other publications, and with people who hear the song. It resonates with folks in ways we never imagined, and that feels really good.”

Malarie McConaha, the band’s lead singer and lead guitar player, adds, “The reception has been surreal! What has been so powerful to me, is people being so open about how the song resonates with their own story. All along, we have said ‘If this helps one person, we did our job.’ So to have many people reaching out has been both inspiring, humbling and just such an honor.”

Although the narrative in the song is from the perspective of the person struggling, the story actually comes from one of Tim’s past experiences before he and Malarie met. “It was a difficult relationship, because it wasn’t until after she and I had gotten into the relationship that I learned about her struggle with alcoholism,” he elaborates. “As a partner of someone dealing with addiction, you want to help. Try as you might, you can’t really help. You either become an enabler, or an antagonist. You learn that the person in front of you is just slipping away until they decide to do something about it.”

For Tim it was a cathartic experience to write about these troubles he faced in a relationship with someone in the throes of addiction. For Malarie, crafting the song was a healing process from her own past trauma as well.

Tim explains, “The song paints images of a person struggling alone, although someone is there. It also paints images of there being something deeper that is at the root of why there is an addiction problem. We hope that fans will hear the song and know that if you are struggling, you don’t have to be alone, and there are most likely deeper, darker things from their past, whether they know it or not, that cause addictive behavior.”

Malarie grew up in a southern church with no instruments, so she knows how to wield her voice as an instrument, and holds harmonies to high standards. “It was important for everyone to learn their parts and let their voices be the instruments. I think because of that, I tend to write melodies that lend themselves to harmonies.”

Tim expands, “Since Malarie and I started singing together, we have loved how our voices blend together. We tend to play songs that highlight our harmonies and really enjoy singing together, with and without instruments. I always feel like something is missing unless we’re both singing.

“Matt Sepanic, our producer, is a big fan of harmonies. He always pushes us the extra mile when we’re working in the studio to find harmonies that we had not even found until that magical moment in the studio.”

The FBR, whose name was inspired by a 1970s song by Leonard Cohen, are also influenced by folks like John Prine, Guy Clark, Fleetwood Mac, and the Civil Wars — artists who showcase beautiful and haunting harmonies. “My friend Chelsea introduced me to the music of The Zozo Sisters (Linda Ronstadt and Ann Savoy); their harmonies on their album Adieu False Heart sends chills down my spine,” says Malarie.

The inspiration for the video setting came from what Tim calls an “inspiration drive,” a hobby the two share together where they talk about new song ideas and discuss the next steps for music. They story-board ideas of what they may want their songs to look like in videos. He explains, “(Malarie) has had much of what you see in the video in her mind for quite a while. We took those ideas to the video production team and further flushed out the concepts so that we had everything ready to go, and all the shots defined ahead of time. Then, there’s the magic that happens the day of the shoot that nobody could have planned.”

Malarie adds, “We’d been thinking about the concept of the video since the early days of recording the tune. All along, I think we both felt if we did a video, it needed to carry the same weight that the song did. It was filmed at our close friends’ property/home, just outside of Leipers Fork. We had a one day shoot planned out, and had a ton of prep work to make it all happen.

“I loved the idea of the tub being the connecting piece between three different places: reality, the nightmare, and death. Also, it was important to me to have the “inner child” interlaced throughout the video, as the song itself alludes to the struggles starting way back in childhood. Kevin Hinson and Jeff Steinborn did such an incredible job on the video. The creative process was hard, but rewarding. These guys went above and beyond to give us the video we envisioned, and I am forever grateful to them!”

And cathartic as it was, “This was a very hard song to write,” Tim opens up. “It was my way of unpacking what I had been through in the relationship, and it became much bigger than that. I often write about things that are on my mind, but not all songs are this deep. Our songs range in topic and style and feel like we have a little something for everybody. We believe music is a journey, and our goal is to have our fans as excited as we are as we travel on that journey with us.”

Speaking to her own healing process, Malarie leaves me with these words: “For a long time, I felt that I couldn’t do the song justice, because I hadn’t lived the exact experience depicted in it. And when it clicked, it clicked hard. For years I shied away from singing ‘Before I Drown’ and when I had finally come to terms with my past, I felt I had to record it as a way of paying homage to my younger self. I fought so hard to get where I am today. The day we recorded the vocals was such an emotional experience (not a dry eye in the room) and I am so thankful for both Tim and Matt, and how we have created a space where vulnerability is valued in our creative process.”