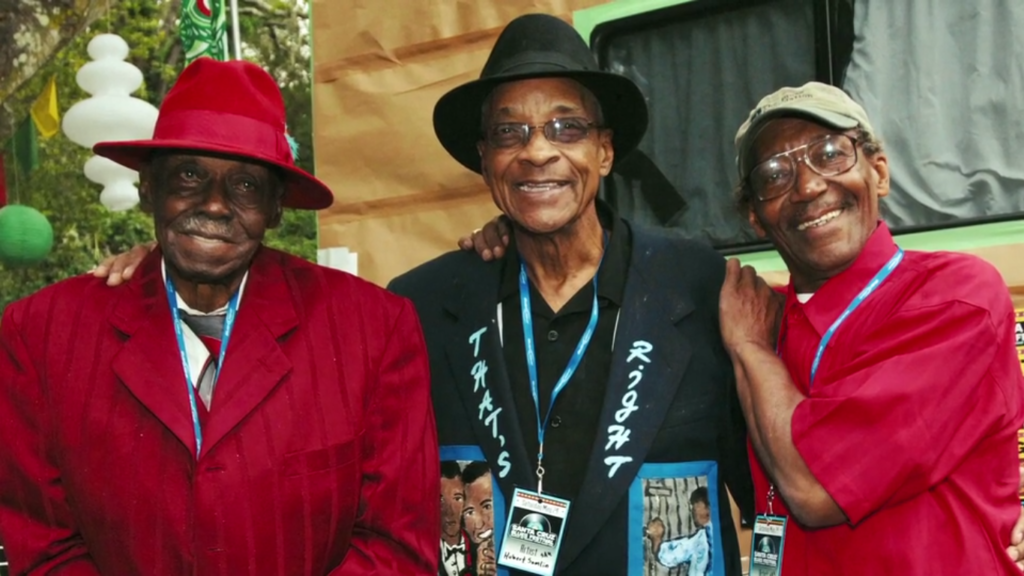 Theirs was the music behind the big names. Each, a master of his craft, influenced the world in such a way, that rock 'n' roll may well have been stillborn without them. 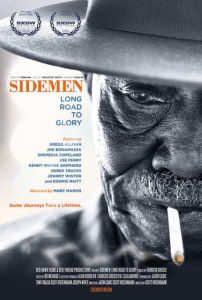 The award-winning, documentary film, Sidemen: Long Road To Glory, has been on the film festival circuit for just under one year. Most recently, it was the official documentary of the 2017 International Blues Challenge, where it played to a packed house, at Memphis’ Blue City Cafe. It is currently being screened aboard the Keeping the Blues Alive at Sea III cruise, and, on February 23rd, will be shown at the Allman Brothers Band Museum, better known as The Big House, in Macon, Georgia.

Although complete, and receiving rave reviews, Sidemen: Long Road To Glory, is in jeopardy of not being released. There are high costs of music rights and clearances that must be paid before the film can be released in theaters, on DVD, or as a digital download. To that end, a Kickstarter campaign has been launched to raise the funds needed to release the film worldwide.

In the summer of 2008, director Scott Rosenbaum, along with writer/producer, Jasin Cadic, brought together three legendary bluesmen for a concert film. The film, The Perfect Age of Rock ‘n’ Roll, cast Joe Willie “Pinetop” Perkins, Willie “Big Eyes” Smith, and Hubert Sumlin, to show the evolution of rock ‘n’ roll through the blues. That particular feature evolved into The Perfect Age of Rock ‘n’ Roll Blues Band, a live tour, hours of interviews and behind-the-scenes moments, all while documenting their lives. The ultimate goal was a Last Waltz-style film vision that never materialized.

In 2011, within eight months, all three of these iconic performers passed away. After a year of contemplation, a decision was made to change the focus of the film. It would be a story of perseverance, of hope, and of acknowledgment. Five years later, Sidemen: Long Road To Glory, premiered at the 2016 SXSW Festival. 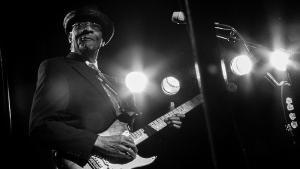 Producer Jasin Cadic told us, “It’s so humbling to have my name on a film about these guys in general. Period. End of story. I mean, who they are, and what the did, it just blows my mind. And, one of our biggest goals with this film is to make enough noise to get Hubert into the (Rock and Roll) Hall of Fame.”

Sidemen: Long Road To Glory, has been a labor of love, nearly a decade in the making. The producers, director, and crew spent years traveling with the fabled musicians they were depicting on screen. Pinetop Perkins, Willie Smith, and Hubert Sumlin had all lived extraordinary lives and were more than willing to share their stories. All three had their origins in the Delta areas of Mississippi and Arkansas. All three were members of influential Chicago blues bands for decades. All three outlived the front men of their respective bands (Muddy Waters and Howlin’ Wolf) and fell into poverty and near obscurity. All three, through pure diligence, and love of music, triumphed over their adversities, ending their careers on top of their games, as old men. As a crowning triumph, Smith, and Perkins won a Grammy award in 2011 for their collaboration, Joined at the Hip. At almost 98 years old, it made Pinetop the oldest living Grammy recipient, ever.

Theirs was the music behind the big names. Each, a master of his craft, influenced the world in such a way, that rock ‘n’ roll may well have been stillborn without them. When asked how they hoped to be remembered, Willie, Pine, and Hubert consistently expressed their wish to be known for both having kept the blues alive, and to serve as an inspiration for the younger generations of musicians. They accomplished those goals and many more. 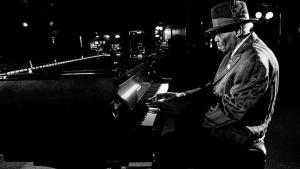 As just a few examples, the song, “Rocket 88,” written by Ike Turner, has long been in contention as the first rock ‘n’ roll tune. The boogie-woogie piano in that song traces directly back to Pinetop Perkins, who taught the young Turner to play. “Little Red Rooster,” as performed by the Rolling Stones in 1964, remains the only blues song to ever hit the #1 spot on the British charts. When Jimi Hendrix first arrived in London, he climbed on stage with Cream, and, quite literally, blew Eric Clapton off the stage with his amped up version of, “Killing Floor.” The man who created the guitar riffs in both those songs was none other than Hubert Sumlin. Willie Smith was Muddy Waters’ drummer for nearly two decades, recording nearly 90 tracks and appearing on several of Waters’ Grammy-winning albums. He also won 13 career BMA awards.

Sidemen: Long Road To Glory, is also chock-full of interviews from people whom this trio influenced. Artists such as Bonnie Raitt, Johnny Winter, and Bobby Rush share recollections, both personal and professional. A younger generation of blues acolytes, including Joe Bonamassa, Eric Gales, Warren Haynes, Derek Trucks, Kenny Wayne Shepherd, and Christone “Kingfish” Ingram, all weigh in on how the legacies of these once nearly-forgotten artists, are alive and well in their own music.

“These artists were quick to talk about someone other than themselves,” Cadic shared with us. “Especially these guys, who influenced all these artists, and created all the music they love and grew up on.” “People really loved these guys,” he continued. “They admired them. These three guys in our film, Willie, Pine, and Hubert, it’s amazing how many people they touched. Just from traveling around the country, the local bands, the bar bands, the medium size bands to the stars, they all have a story about these guys.”

With the scores of sidemen in the history of the blues, these three, in particular, were chosen for a specific reason. According to Cadic “We met them. We started a friendship, and then they took it upon themselves to ask us to go on the road. It all organically became about those three guys. Then, what sealed the deal, was that they all passed away in the same year.” 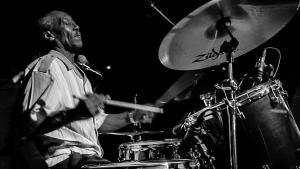 Thanks to journalist, Tony Conley, we were able to preview the film. Watching as casual blues fans, the ducks lined up, the skies parted, and the truth came crashing down like thunder. Without the contributions of these unsung sidemen, there would, ostensibly, be no British Invasion, no rock ‘n’ roll, and perhaps even no modern blues as we know it. It was bluesmen, and blues women, who lived hand to mouth, and gig to gig, who kept the blues alive during a time when the genre was on the back burner of the American musical consciousness.

These were talented, humble, fun-loving individuals. Each quick with a smile, a story, or a joke, they made friends wherever they went. Their influence was global, even though described as, “too famous to be a sideman, and too shy to be a leader.” They fought the good fight. They kept the music moving forward and set an example of perseverance and dedication that resonates with everyone, musician or not. As Cadic describes it, “It’s a music film that needs to be seen.”

“I feel there’s a real ageism in our lives,” Cadic continues. “Oh, you’re 30 it’s over, you’re 40 it’s over, or you’re 60, forget it. Why can’t you do what you love until you’re 97, and then die? Why do you have to stop doing what you love when you’re 40? You don’t even have to be ‘successful’ at it. Never stop doing what you love is what got them through the highs and lows. I mean, can you imagine being Pinetop in ’85, when he was making next to nothing, and then win a Grammy at age 97?”

A true labor of love, the past few years of production and screenings have been coming directly from the pockets of the producers, writers, and director. Technical staff, editors, cartoonists and other craftspeople have put in their time, with the hope of getting their pay after the movie is released.

Herein, lies the crisis at hand. With less than three weeks remaining in an “all or nothing,” Kickstarter campaign, the needed funding is falling short of the goal. Dozens of artists and organizations have chipped in to provide rewards to those who pledge funding. From year-long subscriptions to Blues Music Magazine, and DVD copies of the film, to autographed guitars from Tim Reynolds, and Robben Ford, to VIP concert packages, private music lessons, and even associate producer credits, donors will receive something tangible in return. Links to the movie website and Kickstarter campaign are below the film trailer.

Back This Project on Kickstarter