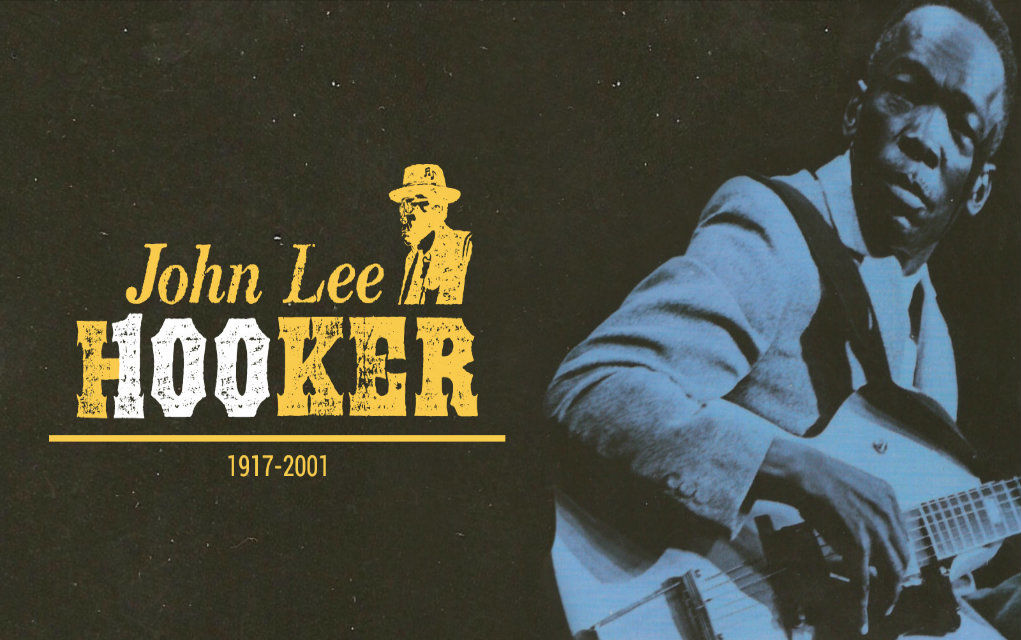 "Nobody know John Lee Hooker. They know as much about my cat as they know about me."

On the 100th birthday of blues guitar legend John Lee Hooker, here’s ten fascinating details about the “The Hook’s” life.

Known as the Boogie Man and the King of the Boogie, Hooker was a true blues superstar whose influence reaches into nearly every genre of music.

“Nobody know John Lee Hooker,” he once said. “They know as much about my cat as they know about me.” We’ll give it a shot anyway.

1.Tony Hollins, an itinerant bluesman, gave John Lee Hooker his first guitar, an old Silvertone. Hooker’s father, a strict preacher, did not approve of Hollins, nor his like for John Lee’s sister, Alice. Hollins gave the guitar to John to keep him occupied to spend time with Alice. Reverend Hooker let John to keep the instrument — but it was never allowed in the house.

Later on, Hooker’s step-father, Will Moore (who played with Charley Patton and Son House), taught the young guitarist the foot-stomping boogie blues. The first song that John Lee learned was a Patton tune, “The Peavine Special.” Moore also gave Hooker his next guitar, a mail-order Stella to replace the battered Silvertone.

2. It was another blues great, T-Bone Walker, who gave Hooker his first electric guitar, an Epiphone. “I was already established but not electrified. I still have that old Epiphone that T-Bone laid on me back in Detroit… Playin’ music, I really got into it big when I hit Detroit,” he said. “A lot of work was goin’ on… wartime, World War II and the factories were goin’ and every city was boomin’. Detroit was boomin’.”

3. Hooker did not like headlining shows. He preferred the middle spot on any multi-act bill. Why? It afforded him a quicker getaway. Not that he tried to avoid fans, but rather he enjoyed his bed. Sometimes the ride was lengthy between the venue and the hotel, and the faster he could get “home,” the better.

I know why the best blues artists come from Mississippi. Because it’s the worst state. You have the blues alright if you’re down in Mississippi. – John Lee Hooker

4. The Hook didn’t just disapprove of rehearsals — he would rather they didn’t exist at all. His long time guitarist, Mike Osborn, would rehearse the band without Hooker being present. It was almost always the same show, and Mr. Hooker felt that anyone who couldn’t play Hooker’s music spontaneously… shouldn’t be playing at all.

Although it is his only acting credit, Hooker’s music has been used in dozens of movies and television shows, including G.I. Jane, Angel Heart, The Waterboy, True Blood, and American Horror Story. Hooker has been a “musical spokesman” in several commercials. His image, and/or music have helped sell Budweiser, Lee Jeans, Schweppes, Pepsi, Foster’s Lager, and the Australian Football League.

7. Hooker was a style icon. He rarely, if ever, performed without looking his absolute best. He was known for his sharkskin suits, which he loved for both their stylishness and durability. Traditional sharkskin suits were made popular by members of the Rat Pack in the 1960s. If they were good enough for Frank, Dean, and Sammy, they were good enough for The Hook. His famous Homburg hats, formerly worn by folks like President Dwight D. Eisenhower, and Winston Churchill, were always in place in later years.

8. Hooker owned a bar in San Francisco called John Lee Hooker’s Boom Boom Room — Kind of. There once was a gritty bar in San Francisco called Jack’s Tavern at1 601 Fillmore in 1988 — close to the legendary Fillmore Auditorium. Hooker often came in for the live music, and owner Alexander Andreas offered to make Hooker a partner. His business manager thought it a bad idea for tax reasons.

So Andres made them a better offer. Hooker wouldn’t own the bar, but he would have all the perks of ownership — in exchange for using his name. So Jack’s became John Lee Hooker’s Boom Boom Room. They used Hooker’s likeness, kept a reserved red-velvet rope booth for him, and gave him all the perks of ownership with none of the problems. Hooker attended opening night with other well-known artists including Joe Louis Walker, and Robert Cray.

9. Hooker played a lot of duets. Some of his greatest duets include “I’m In the Mood,” with Bonnie Raitt, “The Healer,” with Carlos Santana, “Baby Lee,” with Robert Cray, “Serves Me Right To Suffer / Syndicator,” with Van Morrison, and the album, Hooker ‘N Heat — recorded by John Lee and the band Canned Heat in 1971. It was the last album to feature Alan “Blind Owl” Wilson before his death, and was Hooker’s first album to chart.

When I die, they’ll bury the blues with me. But the blues will never die. – John Lee Hooker

10. Jon Lee Hooker died on June 21st, 2001. It was the same day that actor Caroll O’Connor died. O’Connor is best known for his bigoted character, Archie Bunker in All in the Family, and the racially progressive Bill Gillespie in In the Heat of the Night. Although Hooker received a star on the Hollywood Walk of Fame in 1997, and O’Connor in 2000, they are, coincidentally, side by side.

Are there any facts about John Lee Hooker you think should be added to the list? Let us know in the comments.