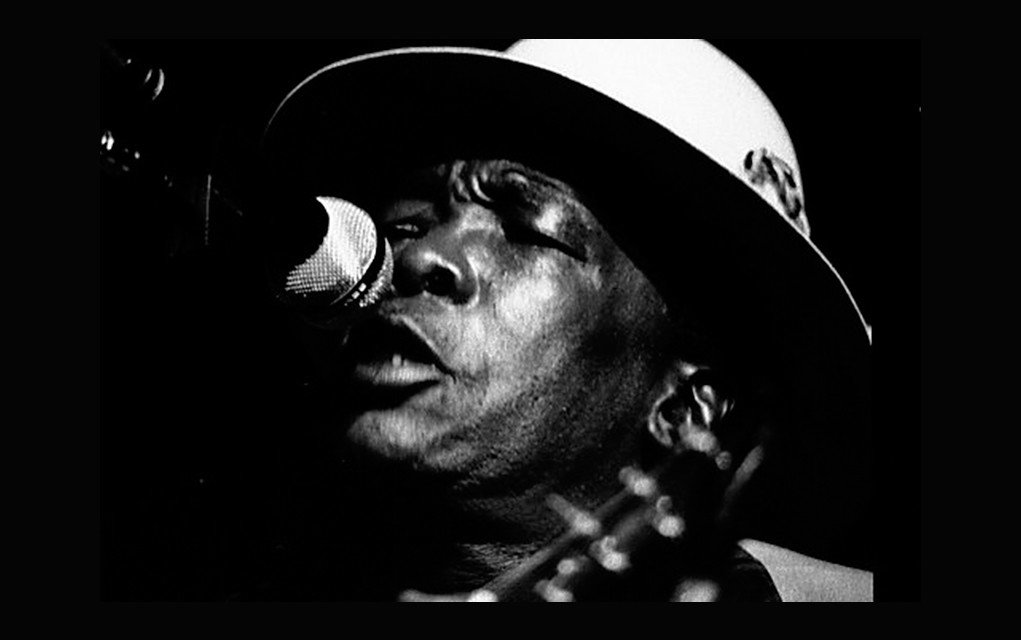 August 22, 2017 marks the 100th birthday of the “King of Boogie,” John Lee Hooker. Although there is ongoing debate regarding his actual date of birth, this is the year that the world celebrates 100 years of John Lee Hooker. From his humble beginnings in Tutwiler, Mississippi, John Lee learned gospel in the church and blues from visitors to the family home including Charley Patton, Blind Blake, Blind Lemon Jefferson and others. He learned his now famous “country boogie” beat from his stepfather, William Moore. As time passed he would go on to learn from listening to records, and other musicians he met.

After running away from home and landing in Memphis, John Lee continued to learn and grow playing with Robert Nighthawk and others. Eventually, he found himself in Detroit where he worked in factories and played the clubs.

John Lee had began recording for Sensation Records in 1948 and soon he had hit records of his own. The first of these hits was his standard, ”Boogie Chillun.” Over the course of his ensuing career, he would record with many labels including Modern, Sensation, Chess, Vee-Jay, Stateside, Point Blank, Virgin, and Silvertone.

His hits include, “Hobo Blues,” “Dimples,” “Crawling Kingsnake Blues,” “Boom Boom,” and “I’m in the Mood.” He also enjoyed a revitalized and invigorated career when he issued the 1989 album The Healer on Chameleon Records. The many hits from this album included “Baby Lee” with Robert Cray, and the title track with Carlos Santana. Also on the album was a revamped version of “‘I’m in the Mood” with Bonnie Raitt that won a Grammy Award.

John Lee Hooker is an institution, in the same way that Muddy Waters and Robert Johnson are institutions. He literally changed the course of music, doing so in several genres including, rock, blues, folk, and even jazz. He has influenced several generations of musicians and will continue to do so for the foreseeable future.

No Matter what you got, the blues is there.

When I was a child he was the first circus I wanted to run away with. He, Jimmy Reed and Lightnin’ Hopkins were the foundation for all of my music.

I’m deeply saddened by the loss of my dear friend and one of the last and greatest of the original Delta bluesmen. John Lee’s power and influence in the world of Rock, R & B, Jazz and Blues are a legacy that will never die. Getting to know and work with him these last 30 years has truly been one of the great joys of my life. I’m so very grateful to have known him, and know that he went not in pain, truly loved and appreciated the world round.

Artists that have been listening to Hooker’s music for years still find inspiration there.

The music of John Lee Hooker is still meaningful because first he showed us that ‘Blues is a healer.’  And he was a pure blues artist. Just his guitar, voice, and feet. Nothing to hide behind, just lots of Soul.  And he left us with so many great recordings to enjoy forever.

As a youngster growing up in Chicago, it was a world saturated in AM/Top-40 radio. When I was 12, my AM radio could get WVON pretty clearly at night and I heard and felt this pulsating groove coming out of my little radio … At the end of the groove, the deep voiced man said “Boogie Chillen.” That song changed my life because even though the notes were sparse and imperfect and the lyrics minimalist, it was hypnotic and made me tap my feet and move. From that point forward, I judged music based on what it did to me emotionally…  instead of what I heard. One man that I can thank for that. John Lee Hooker

John Lee’s music was unique; he took the basic blues form and ran in a different direction. He could get more emotion and variety out of one chord than should be humanly possible. His handling of the guitar was also special, bending strings to a degree that shouldn’t be possible and always nailing it. Finally, his voice – the tone, phrasing, and the vocal inflections were infectious. He could convey so much with a very small set of tools – that is the definition of a master. He was unbound by tradition in every way, and in being so became tradition itself.

John Lee Hooker’s music was very earthy, usually with a one chord vamp. Most of the musicians of that era would have a song title and would ad-lib around that title. I grew up in Texas so there was also the likes of Lightnin’ Hopkins who played a similar style. Sometimes they would put a tin cup at the head of the guitar for tips and a cigarettes between the strings on the headstock. The nickname for this early blues was the “cotton picking blues” because when they got paid they would buy some whiskey and start singing. As the music evolved they add more chords and the music became known as the 12 bars blues that we still have today. Thank you Mr. Hooker and all those came along with you during that time that paved the way for today’s blues musicians.

First of all, his vocal delivery. Absolutely mesmerizing. While his singing and guitar’s timing is unique and offbeat, he manages to bring a primal sound that always had a deep appeal on me. There is a passion and heartfelt presence to his music. It had magnetism, drive, sensuality and soul. In fact I don’t know many musicians who can reproduce the John Lee Hooker’s sound as it is deceptively simple. Backing John Lee Hooker live and/or on recording sessions must have been quite a challenge as his timing did not fit the predictable blues norm. Only a handful of musicians could do that. Like Canned Heat’s Alan “Blind Owl” Wilson, for instance.

My style is all to myself.

Then too, there is the generation that now carries the flame, taking what those that came before them passed on to them, bringing the blues to new audiences. For these players, John Lee was also inspiring.

John Lee Hooker is the KING OF THE BOOGIE. No doubt about it. His rhythms ‘literally’ puts you in a trance and before you know it you’ve been listening or dancing for 20 mins. As musicians we all want to tap into the ‘soul’ of the listener and make them BOOGIE ALL NIGHT LONG!!!! Put this on record: ‘You can’t be a Bluesman and not love and respect Mr. John Lee Hooker!’

I discovered JLH when I was 6 years old, around the same time I started listening to Muddy Waters and Skip James. His music and beats have influenced so many musicians throughout the years, including me. I remember the JLH CD with Santana that influenced me a lot growing up; the repetitive licks and great hooks. Blues is what it is… a lot thanks to John Lee Hooker.

The blues tells a story. Every line of the blues has a meaning.

The music of John Lee Hooker is meaningful to me because of it’s rawness. He would play by himself and you could tell that he felt what he was playing. A great songwriter who wasn’t confined to the regular music structure. He did it his way and that’s what made his music great.

John Lee Hooker is as American as Baseball and Apple Pie in my book. I can remember listening to “It Serves You Right to Suffer” on cassette as a kid, over and over. His sound always stood out to me. It was very unique and almost haunting the way he repeated lines, and phrased his words. It’s as though he’s talking right to you and wants you to know it. I believe his music is timeless and we’ll be loving it and learning from it for a long, long time. A true American legend, and one of the forefathers of this great music.

— Sean Chambers, “Reincarnation of Rory Gallagher and then some!”

There is the significance of being relevant as a solo electric artist who could serve it up for thousands in concert. With a band or not, his funky, rhythmic, even hypnotic trance like blues influenced and inspired the likes of Buddy Guy and Hendrix. Plus the progressions in his songs were not always mathematical and formulaic like many of us follow. This gives it an organic, change when you’re ready and feel it type thing. A primary influence on Thorogood, which in turn went big in the mainstream of popular music, he is one of the few original icons whose music is clearly and truly representative of what blues really is.

John Lee Hooker’s guitar sound is unmistakably his. No one else can play like that. It’s raw. It’s intense. It’s everything I want to hear in a blues record. I love that guitar sound accompanied only by his singing and tapping his foot. That’s my favorite stuff he did. You can hear everything he’s doing but it’s still illusive.

John Lee Hooker is hypnotic, like staring into a fire. His music has a feeling of refusing to be confined; he changes when he feels like it, he rhymes or doesn’t. It just gets into your head and stays there, like he’s sitting in your brain tapping his foot on a board.

John Lee Hooker’s music is a pure example of expressing yourself freely. He told stories in his songs and it didn’t matter if the words rhyme or if the words were on the ‘right’ beat. He was all about telling his story and what he was talking about in the song. He sang about himself and the woman he’s feelin’ at the time. Whether he was feeling good like in “I’m In the Mood” or “Boom Boom,” or bad like in “It’s My Own Fault” or “I’ll Never Trust Love Again.” His music inspires me to tell my own story and I looove the way he plays guitar.