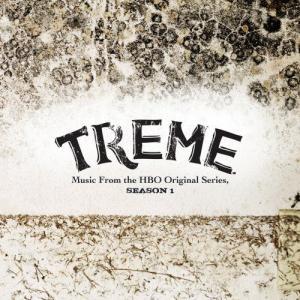 HBO’s recent New Orleans-themed series Tremé was a critically well-received television diamond. David Simon, the creator of HBO’s The Wire, (a show often called the best on television), engineered the show and cast New Orleans itself as a supporting character. To further this deep, magical New Orleans culture, the Treme soundtrack gives a diverse and rich look into the music that drives one of the most musical cities on the planet.

The first notes of the album, a 1-3-5 bassline on an upright bass perks the listener’s ears. A smashing snare drum ratchets up the beat, the piano jumps, the electric guitar kicks up some dust and the listener is tossed dancing into the streets of New Orleans, which is right where the creators of this fine album want you to be. It has nearly everything New Orleans music has come to define, but doesn’t ever feel disporic; just New Orlenean.

Many of the songs were recorded with the energy of a live setting, which is the perfect place for an album that has a goal of showing off the true flare of New Orleans music. Nearly every New Orleans star was brought in, short of Harry Connick, Jr. and Lil’ Wayne, to contribute: Trombone Shorty, Allen Toussaint, Dr. John, Kermit Ruffins, Tom McDermott, Irma Thomas, Rebirth Brass Band, Louis Prima, Steve Earl… The list goes on and on. From funk to blues to jazz & classic New Orleans R&B, the CD has it all, and ties it together with a brass-laced Louisiana bow on top.

John Boutté opens with the highly danceable second-line* style “Tremé Song”, also the opening track to the show, as well as “At The Foot of Canal Street”, a vocally rich gospel-infused song with a simple message: life is short and sooner or later, we’ll all end up in the cemetery, so enjoy it! Rebirth Brass Band, the forerunner in the contemporary NOLA brass movement and arguably the most famous brass out of New Orleans in years, plays a live in-the-streets version of “Feel Like Funkin’ It Up”. Trombone Shorty plays a rockin’ live cover of Jessie Hill’s 1959 classic “Ooh Poo Pah Doo”. Shorty was recently nominated for a Grammy in the Contemporary Jazz category, but don’t let that “jazz” part fool you; they just didn’t know where to put him! Shorty’s funky, hard rock driven, brassy sound is entirely unique and one of the best things in contemporary music today. Irma Thomas brings in classic New Orleans R&B with “Time Is On My side”, and Tom McDermott shows how New Orleans does the blues with the aptly named “New Orleans Blues”, a piano and violin duet instrumental that’s packed full of feeling.

Fans of New Orleans, brass instrument enthusiasts, and anybody curious about real New Orleans music will certainly find anything they want out of this widely diverse and appealing album. While not all tracks will catch every listener’s ear, one would be hard pressed to find a bad song on the entire album. The “soundtrack” part of the CD is a clever ruse; this album is really a soundtrack to the city itself.

*A second line is, in effect, a band that marches through the street playing music with all of the people coming out of their houses to dance in the streets and enjoy the music; a common occurring in New Orleans.