After 66 years, JAMES COTTON'S still got it! 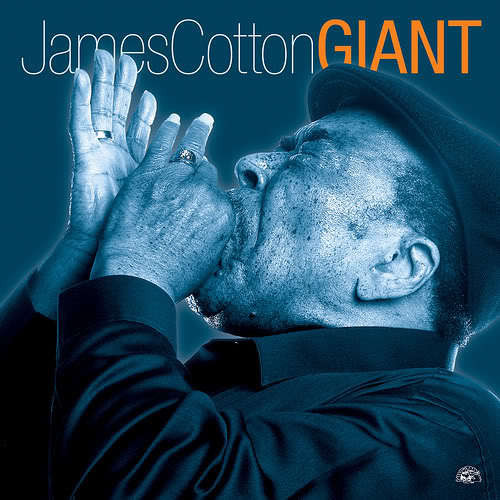 I’ve often heard the word timeless tossed around while describing the music of blues artists. I can’t really think of a more fitting word to use that would sum up James Cotton’s latest release on Alligator Records “Giant”. James’s signature harp play is once again stellar throughout but what would you expect from this living legend. He uses the Harmonica as his weapon of choice and it most certainly cuts like a knife.

This latest blues collection features three songs from Muddy Waters (Super harp’s old boss) and four of the songs are from Cotton, with Slam Allen getting credit on two of those.

The first track “Buried Alive In The Blues” definitely sets the pace and tone for the whole CD. The song starts out with the harmonica and after hearing the first note, I knew this was gonna be good. The bass line on track two was thick and juicy. “With The Quickness” (track 7) tears off from the starting line with tires screeching and easy to see where James got the name. I found myself doing everything a little bit faster while listening to this.

James finishes this journey off with “Blues For Koko,” a meat and potatoes tune that is a tribute to the late ‘Queen Of The Blues’ Koko Taylor. James pays his respect in the way he knows best and this instrumental beauty says everything that needs to be said….without words!

Taking into consideration he has been at this for over 60 years and his at his age, I think we could forgive Mr. Superharp if he had decided to throw in the towel or to rest for a while. You know, find a nice recliner and look back with satisfaction at a job well done but the fact is, he is still delivering soul stirring blues that come from his heart.

Simply put “Giant” is indeed timeless and this would have fit it in forty or fifty years ago, just much as it fits in today.