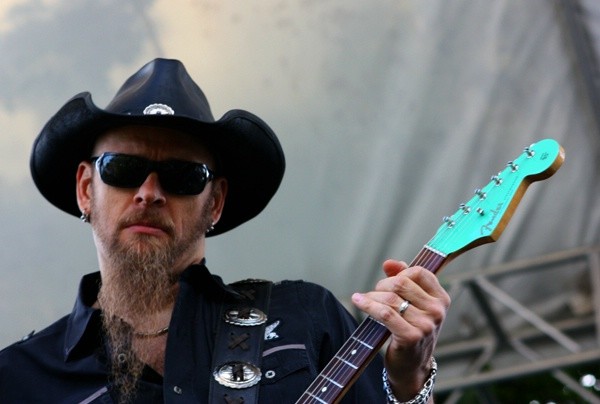 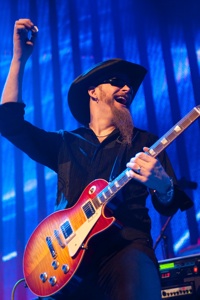 When you are a Taft you grow up to be a lawyer, politician or go into business. Certainly, being a professional musician does not appear high the list but in Dudley Taft’s case by the time he realized this it was much too late. As Dudley headed for his tour of duty at the Taft School in Conneticut, named after his great-grand uncle President William Taft, music was already in his blood. Now he was a teenager and the blues had begun to worm their way into Dudley’s young, impressionable musical soul.
Rather than mount a frontal attack and reveal it’s true nature too early, however, the blues worked in a roundabout nature, using guile and the music of 1970s blues-based, hard rock bands such as Deep Purple, ZZ Top, Lynryd Skynrd, The Allman Brothers and Foghat, to sink it’s tendrils deep into Taft. While at Taft he founded the band “Space Antelope” with friend Trey Anastasio (of Phish Fame).

“I didn’t even realize I was into the blues when I was younger,” the 44-year-old singer-guitarist said. “The things that I listened to then, now we call classic rock and not really the blues. I didn’t realize it, but on an album like “Machine Head” there is a couple of just straight up blues tunes. They’re done in a rock way, songs like “Lazy and “Maybe I’m a Leo. I was listening to that stuff when I was young and didn’t realize it was so heavily blues based.”

After high school at Taft, Dudley moved to California to attend Claremont College and took a stab at the dwindling rock scene of the late 80’s in LA, until a friend mentioned to him about what was happening in Seattle. This was just what he was looking for and Dudley headed north in the summer of 1990. Of course, at this time Seattle was the Mecca for rock musicians and Dudley took full advantage of the situation, starting the mega-popular Seattle band “Sweet Water”. That outfit provided an opportunity to share the stage with some of the biggest names in the rock world at the time, such as Alice In Chains, Candlebox, Soundgarden and Pearl Jam. Dudley was even asked play guitar on stage a few times with Alice in Chains while they were on tour together. This also led to unlikely encounter with a true rock legend. As the story goes, when Sweetwater was mixing their CD in London at Tim Palmer’s studio, the guys were sitting around in the studio flat, when they see a Landrover pull up out front. Dudley’s bandmates were in shock when they noticed Led Zeppelin front man Robert Plant get out of his rig and start heading their direction. Timmy P. introduced Robert to the boys and played the song “Sleep” for him…when the song got to the solo, Mr. Plant turns around and flashes Dudley a Thumbs Up sign. “I still get a little tingly when I think about it” says Dudley.

It wasn’t until Taft was nearing 40 however, that the blues revealed their true nature.

“When I was 39 I decided that I wanted to do something different besides another rock band,” Taft said. “I was tired of trying to write radio hits”.

Initially, Taft said he was thinking of just grabbing a couple of guys and doing a ZZ Top tribute band for fun.
It was while he was researching tips on how to play ZZ Top tunes on YouTube that the blues finally decided to reveal it’s true nature – courtesy of bluesman Freddie “The Texas Cannonball” King.

“Discovering him was really exciting for me,” he said.
After viewing and analyzing several live DVDs by King, Taft said he was fascinated by the cohesiveness and improvisation of King and his band.

“With rock bands, you just go and learn the songs, just press play on the CD player,” he said. “With the blues it’s very different, it’s a lot looser and there is a lot of cueing going on and all the guys in the band are watching Freddie like a Hawk.” From that moment on Dudley knew what he would be doing the rest of his life.

“That really got me excited about having my own blues band.” I thought, “Dude, I can play lead guitar all night long!”

Dudley has always been a gifted songwriter. He even wrote the song Unknown Rider” but the blues allowed him to be free. He could now express himself musically the way he wanted to all along.

Older and wiser, and now a Seattle guitar legend, Dudley Taft’s has turned his attention back to the roots of the music that inspired him to pick up the guitar in the first place. Free at last to make the kind of music he wants to make and not worry about writing hit records, Dudley is playing a hopped up style of energetic blues that pays homage to his own guitar heroes, while at the same time mixing it with deep northwest rock undertones. 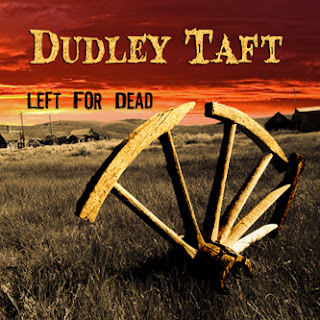 Dudley Taft’s freshman blues release “Left For Dead” definitely has a bite to it and it has gotten rave reviews in the USA, Canada, UK and in Germany he has had several great reviews. Blues Matters is also featuring a review of “Left For Dead” in the December 2010 issue. According to the Blues Matters review: The highlight is the superb title track with it’s potent lyrical imagery. Evocative and compelling lines lead into various Rootsy American scenarios where an abandoned victim is left for dead. -Bob Chaffey- BM“Left For Dead” is available here

“Left For Dead” is 60/40 split between originals and covers or as Dudley puts it “reinterpreted blues standards”.

“We kind of put a heavy twist on it and make them our own,” Taft said of the covers, adding that the band’s originals were “just taking the blues and applying our Northwest rock sensibility to it. I think it’s important when you do a blues album to try and add your own stuff to the blues canon, or repertoire. It’s also important to take old blues songs and breath new life into them.”

For Taft, the new direction and band feels like coming home.

Dudley is currently writing songs for his next blues CD which might have a special very guest or two. He is also planning for next years festival season and would like to do a European tour in 2011.

Find out more about Dudley Taft at DudleyTaft.com

“Left For Dead” is available here