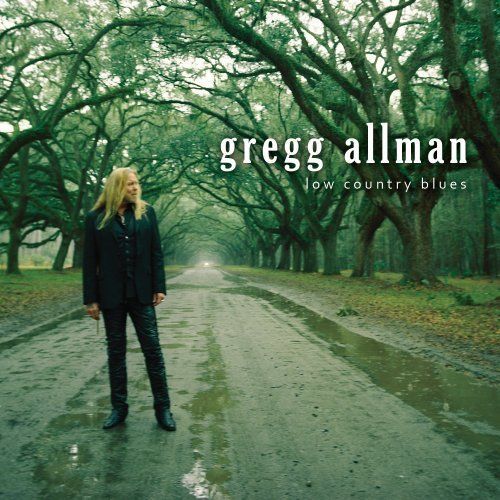 With the spectacular amount of talent assembled, the album was destined to be amazing from the beginning. Ten-time Grammy award winner T-Bone Burnett, who also produced the O! Brother Where Art Thou soundtrack, was the producer. Dr. John lends his million-dollar hands on the piano. Dennis Crouch rounds out the upright bass, and Jay Bellerose plays the drums with an impeccably skillful attitude. Doyle Bramhall II plays guitar, and even the legendary Warren Haynes has a guest spot on the track “Just Another Rider”.

His first solo album in fourteen years, Allman chose to play what he knows best; the blues. Every track save for one is a blues cover. According to a recent interview with USA Today, they “envisioned an album of lesser-known blues and R&B covers from artists who had inspired Allman,” a feat which Gregg accomplished in spades.  His depth ranges from a true-to-original fingerpicking rendition of Skip James in “Devil Got My Woman” to Sleepy John Estes in the haunting and deeply personal track “Floating Bridge”. The earthy version of Muddy Waters’ classic “I Can’t Be Satisfied” is a rollicking, hypnotic track, while “Please Accept My Love”, originally a B.B. King track, is skillfully styled as a 50s R&B classic, which, along with the horn section, gives it a refreshingly original feeling. While the album covers traditional, classic R&B, prewar and postwar blues, it always retains an animated and modern feeling, giving it a broad appeal to all audiences; blues fans, followers of Gregg and the Allman Brothers Band, and rock enthusiasts alike will all likely find Low Country Blues to be a worthwhile album.

It’s no secret that the Allman brothers’ biggest influences were deeply blues. It’s a topic we’ve discussed here on the American Blues Scene before. Time has been nothing but good to Gregg’s voice, and Low Country Blues reflects the perfect timing of his solo blues CD. With a slight growl at times and a subtle scratch at others, but always with that trademark southern twang, Gregg sings the blues with ease, depth, and the pain of the suffering and losses he’s experienced.

This is one album that could be listened to from start to finish, time and again.  Low Country Blues graced our respective stereos the entire weekend before this review, and each song still felt exciting and fresh. The album comes out everywhere tomorrow, January 18th.  If you go to Gregg’s website, you can download the MP3 track “Just Another Rider” with Warren Haynes free in advance!