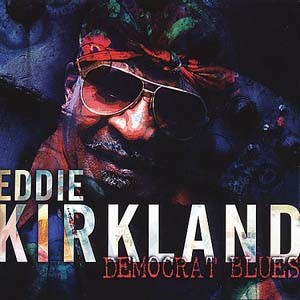 Eddie Kirkland, known as the “Gypsy of the Blues,” died on Sunday after he was involved in an auto accident in Crystal River, Florida, according to WTSP.com. He was in Florida over the weekend to play a show. The blues musician was 88.

Kirkland was driving his Ford Taurus around 8:30 a.m. on U.S. Highway 98 when he made a U-turn in front of a Greyhound bus. The bus smashed into the right side of Kirkland’s car and pushed the vehicle for 200 yards. The blues singer and guitarist was flown to Tampa General Hospital, where he later died. Neither the driver nor the 13 passengers on the bus were injured.

Following his death, a message on Kirkland’s website read: “Cry a river of tears for the lord has called the road warrior home.”

Kirkland was born in Jamaica and raised in Alabama, and is known for his solo career, in addition to playing with John Lee Hooker and Otis Redding. He also played with Little Richard and Ben E. King. Recently, Kirkland provided vocals on two songs for Foghat’s new blues album “Last Train Home”.

He is survived by his wife, Mary, and nine children.