James Kinds' "Love You From The Top"; Soul, R&B and Blues 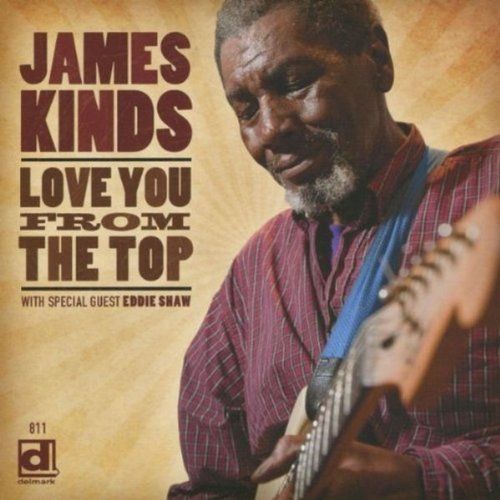 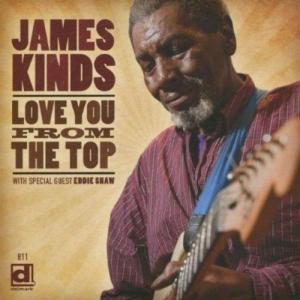 James Kinds, the tried-and-true working bluesman, has recently released Love You From The Top, a righteously soulful album packed with West Side Chicago sound. While Kinds has recorded other albums in the past, this is his first widely available release, despite the fact that he’s been a working musician for nearly 40 years.

James wrote all of the material himself, and brought in the expertise of Eddie Shaw, the Mississippi-turned-Chicago bluesman, who was part of Muddy Waters band and eventual bandleader for Howlin’ Wolf’s band. Shaw lends a stinging, vibrant tenor saxophone on several tracks. The rhythm section is handled by Claude Thomas on drums and Anthony Dotson on bass. Al Pool does great work with the second guitar.

Most songs adhere to the twelve bar standard, and aren’t necessarily packed with originality. There’s certainly a feel that this band’s sound was forged in the clubs, which has both positive and negative qualities. At times the beats are loose, and on a couple of tracks, the band has some minor issues hang-ups staying together. One of the most positive aspects, however, is the band’s devotion to giving all of their energy to every track on the album, which makes the difference between “just another album” and one in which the music shines. Despite the aforementioned issues, one of the biggest draws to this album is James’ dynamic, soulful voice. He has a genuine gospel and R&B flare in his music, which is fitting considering Kinds grew up singing gospel.

There’s a combination of sounds in Love You From The Top that tend to keep the tracks fresh, despite the heavy use of the twelve-bar. There’s a strong sound of Chicago’s south side, mixed with soul, R&B and classic blues.  “My Mama Told Me” has a B.B. King kind of slow and sashay style with single note solos, while the album’s title track, “Love You From The Top”, is a solid Chicago track. A notable detour into soul territory comes in the excellent original “Take A Look At Yourself”, a refreshingly soulful sound that could have just as easily come straight from Stax Records. Ultimately, the key to a good blues album is in the delivery, and Kinds and company deliver up their hearts and energy on a silver platter in Love You From The Top.

The long-running blues record label Delmark Records has done much to chronicle the rich sounds of the Midwest’s blues, and James Kinds’ album is another admirable addition to their always-growing repertoire.