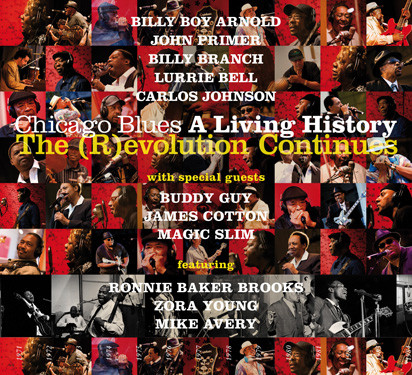 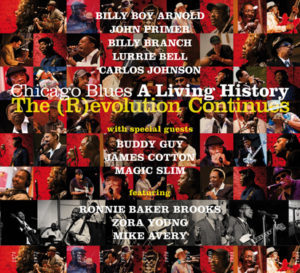 Produced by Raisin’ Music’s Larry Skoller and recorded by Blaise Barton at Chicago’s JoyRide Studios, Chicago Blues: A Living History; The (R)evolution Continues covers the early piano-driven Chicago Blues of the 1940s through to the classic electric-guitar-and-harmonica-driven period of the 1950s. This period laid the foundation for the British Invasion and continues to inform rock and pop music as we know it today.

Chicago Blues: A Living History is already recognized as the greatest tribute of our time to the Chicago Blues. With this new release, the group solidifies their place in the history of the music and builds on the tribute and its goal to keep the blues alive and well.